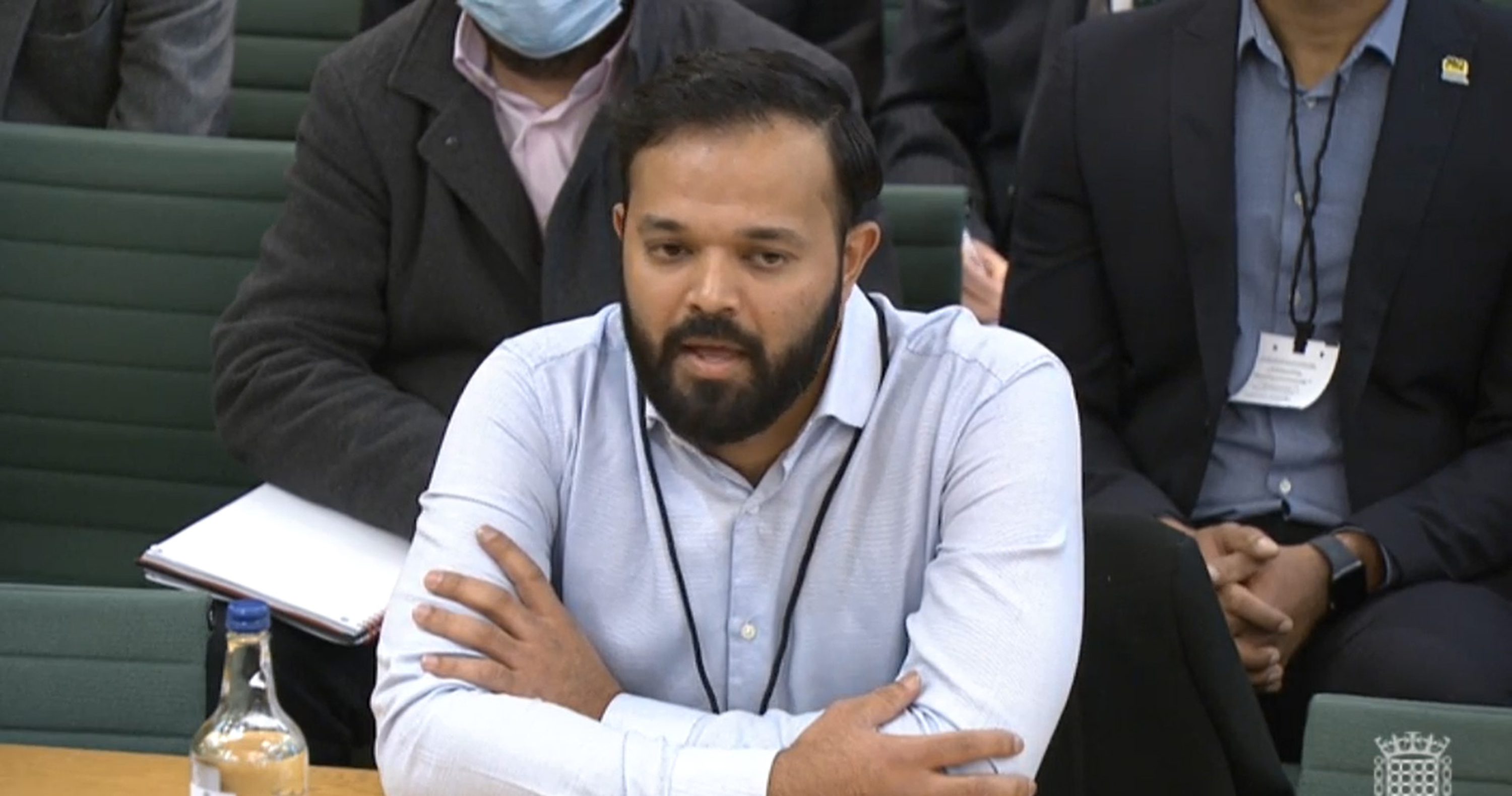 Lord Kamlesh Patel stressed Azeem Rafiq speaking out must “provoke real change” in cricket after the Yorkshire whistleblower laid bare his experience of racism in the sport in front of MPs.

Rafiq’s powerful testimony to the Government’s Digital, Culture, Media and Sport (DCMS) select committee saw him offer up a damning, and damaging, account of his life in the English game as he issued a raft of previously unheard claims, before the publication of a written statement escalated matters even further.

Over the course of the day, ex-England players Matthew Hoggard, Tim Bresnan, Alex Hales and Gary Ballance were all subject to fresh claims of racial discrimination.

New Yorkshire chairman Lord Patel gave evidence to the DCMS committee after Rafiq’s testimony, and said: “The emotion of Azeem Rafiq’s compelling testimony at the select committee today was plain to see, and his experiences are harrowing and upsetting.

“Azeem’s courage in speaking up should be praised, and nobody should underestimate how difficult it would have been to relive all of this in public. His wish to bring a ‘voice to the voiceless’ should be an inspiration to provoke real change in the sport.

“I repeat our apology to Azeem for what he has gone through, it should never have happened and that is something that the club has to recognise. There is no quick fix to the clear problems which have been identified, and the issues are complex, not least the charge of institutional racism which must be addressed head on.”

Rafiq’s attempts to raise allegations internally at Yorkshire fell on deaf ears more than three years ago, but an independent panel was eventually commissioned in 2020. Its report has been roundly criticised by those who have seen it and led to Yorkshire’s controversial conclusion that no staff members should face disciplinary action.

In his published witness statement from a now-settled employment tribunal with the county, Rafiq said Bresnan’s treatment of him led to “suicidal thoughts” in 2017, with a later apology from Bresnan described by Rafiq as “lip service”.

Rafiq claimed Ballance’s derogatory use of the term ‘Kevin’ as a blanket term for all people of colour was “an open secret in the England dressing room”, and further alleged Hales had named his dog Kevin because it was black.

Ballance is accused of repeatedly calling Rafiq ‘P***’, an allegation that is also levelled individually at Hoggard and Gale.

Bresnan on Twitter apologised unreservedly for “any part I played in contributing to Azeem Rafiq’s experience of being bullied” but stressed Rafiq’s accusation he “frequently made racist comments” was “absolutely not true”.

On England captain Joe Root’s recent assertion that he could not recall any examples of racism at Yorkshire, Rafiq said: “Rooty is a good man. He never engaged in racist language.

“I found it hurtful because Rooty was Gary’s housemate and had been involved in a lot of the socialising where I was called a ‘P***’. It shows how normal it was that even a good man like him doesn’t see it for what it was.”

Former England coach and veteran commentator David Lloyd issued an apology on Twitter after Rafiq indicated he had exchanged disparaging messages about him in private.

Lloyd, whose employers Sky have said they are investigating the comments, wrote: “I deeply regret my actions, and I apologise most sincerely to Azeem and to the Asian cricket community for doing this, and for any offence caused.”

The England and Wales Cricket Board has appointed an independent commission for equity in cricket (ICEC), chaired by Cindy Butts, charged with examining the issue of race in the game. Its call for evidence is now open, but Rafiq said: “Action is needed and needed now. To be honest, we are sick and tired of these equity commissions and inquiries.”

He added: “Do I believe I lost my career to racism? Yes I do. I hope in five years’ time we are going to see a big change, that I did something far bigger than any runs or any wickets I got.”

Michael Vaughan issued a statement on Monday categorically denying accusations he had told four Asian team-mates “there’s too many of your lot, we need to do something about it”.