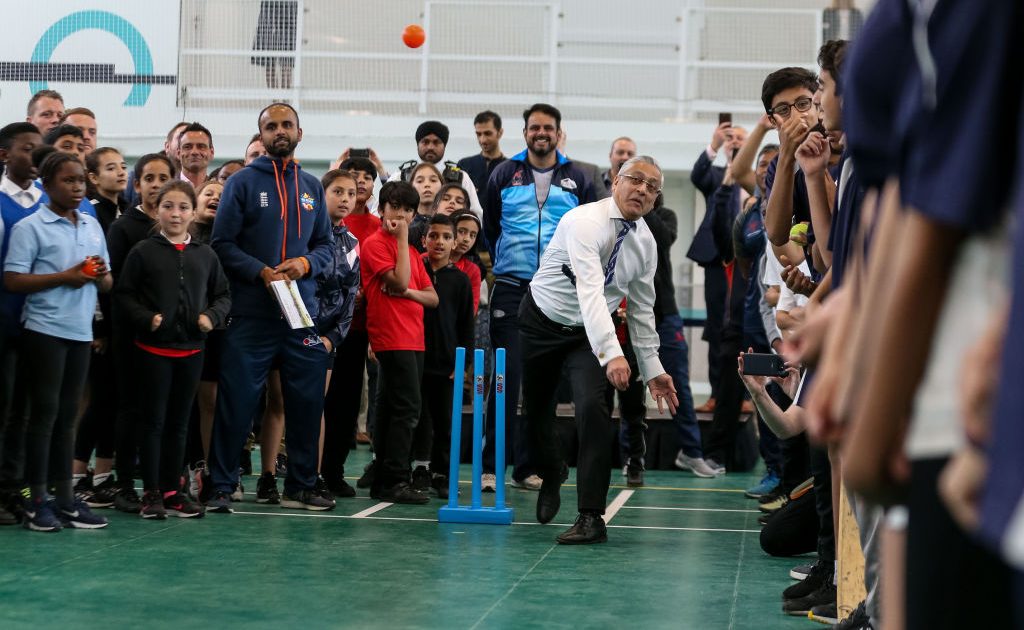 Lord Kamlesh Patel has been installed as the new chair of Yorkshire following the resignation of Roger Hutton, who departed on Friday over the Azeem Rafiq racism crisis that threatens to amplify amid fresh allegations.

Hutton left his post with immediate effect, calling for the likes of chief executive Mark Arthur and director of cricket Martyn Moxon to follow his lead, though the PA news agency understands neither man intends to follow Hutton out of the door.

Speaking to the PA news agency at his home, Moxon said: “There’s a new chair in place, it’s entirely in his hands what happens now.” Two men who have stepped down are board members Hanif Malik and Stephen Willis, while another, Neil Hartley, will leave after facilitating a period of transition.

Lord Patel of Bradford, a former England and Wales Cricket Board board member and chair of the governing body’s South Asian advisory group, has accepted the task of dragging the county back from arguably the darkest chapter in its long history.

“There is much work to do, including reading the panel’s report, so we can begin the process of learning from our past mistakes.”

Earlier, the Daily Mail carried new claims from an unnamed former player of Asian descent, which included widespread racial abuse and one instance of being urinated on by a team-mate. That follows an independent report upholding Rafiq’s long-running complaint of “racial harassment and bullying”.

Elsewhere, one of Yorkshire’s best known ex-players, 2005 Ashes-winning England captain Michael Vaughan, continued to offer a complete denial of allegations that he once told a group of Asian team-mates “too many of your lot, we need to do something about it”.

But Pakistan international Rana Naved-ul-Hasan, an overseas player at the county during the 2008 and 2009 seasons, claimed to ESPNCricinfo that he had overhead Vaughan using racially insensitive comments and offered to give evidence to any inquiry.

Vaughan revealed he had been named in an independent report into Rafiq’s allegations of institutional racism in his own Daily Telegraph column, but offered a full denial.

Speaking to the PA news agency at his home in Knutsford, Cheshire, he added: “We’re in different times. I’ve done my piece last night and I stand by what I say. I’ve never said anything racist in my life.

On Wednesday, another former England batter, Gary Ballance, apologised to Rafiq after admitting using a “racial slur” against him.

The developments came at the end of a week that has seen Headingley’s status as a host venue for international cricket suspended, a mass exodus of the club’s sponsors and rising political pressure via a series of interventions from Westminster.

Hutton, who joined the board in April 2020, made it clear he was frustrated at the manner in which disturbing accounts of discrimination were treated by other senior figures. Furthermore, he took aim at the ECB for not taking up an offer to assist with the independent panel report.

Hutton, who was this week called to appear at a parliamentary Digital, Culture, Media and Sport committee on November 16, wrote in a statement: “I have never met Azeem and was not at the club during the period he was employed. I know, however, that when someone makes claims as serious as his, they need to be investigated and changes need to be made.

“I would like to take this opportunity to apologise unreservedly to Azeem. The club should have recognised at the time the serious allegations of racism.

“I want to be clear that when I was made aware of Azeem Rafiq’s allegations, I immediately reached out to the ECB to ask for their help and intervention to support a robust inquiry. I was saddened when they declined to help as I felt it was a matter of great importance for the game as a whole.

“It is a matter of record that I have continually expressed my frustration at the ECB’s reluctance to act. There has been a constant unwillingness from the executive members of the board and senior management at the club to apologise, and to accept that there was racism, and to look forward.

“For much of my time at the club, I experienced a culture that refuses to accept change or challenge.

“During my time as chairman, I take responsibility for failing to persuade them to take appropriate and timely action. I now call for those executive members of the board to resign, to make way for a new path for the club I love so much.”

In response to Hutton’s words, the ECB made the following statement: “Yorkshire CCC did reach out to us at the beginning of the investigation with a request that we partner with them on exploring Azeem’s allegations of racism and bullying against the club.

“Our role is to operate as a regulator across the entire game. We must act independently of any club investigations, should we ever be required to intervene as regulator – either during or after. The reason why our governance is structured in this manner, is perfectly demonstrated in the way that these issues have played-out at Yorkshire County Cricket Club.”

Headingley had been due to stage a Test against New Zealand and a one-day international versus South Africa next summer, as well as an Ashes encounter in 2023, but Yorkshire have seen their hosting status suspended by the ECB until they can “meet the standards expected of an international venue, ECB member and first-class county”.

The club’s 2019 accounts showed it had earned just under GBP 10.5million from international ticket and hospitality revenue, compared to just over GBP 3m from commercial income which would include sponsorship.

ECB chief executive Tom Harrison, who spoke to reporters to explain the “unprecedented” action taken against Yorkshire also made it clear there was no desire to see the organisation reduced to rubble.

“It is a very serious financial crisis that will now take place at Yorkshire, and we must now make sure that we find the balance right between helping and rehabilitating this very famous club from financial oblivion,” he said.

“We will try to get that balance right and work with whatever governance structure, whatever leadership is in place at Yorkshire County Cricket Club. We will work closely with them to try to rebuild that trust and obviously stabilise the club from a financial perspective.”

Sponsors pulling out of Yorkshire CCC