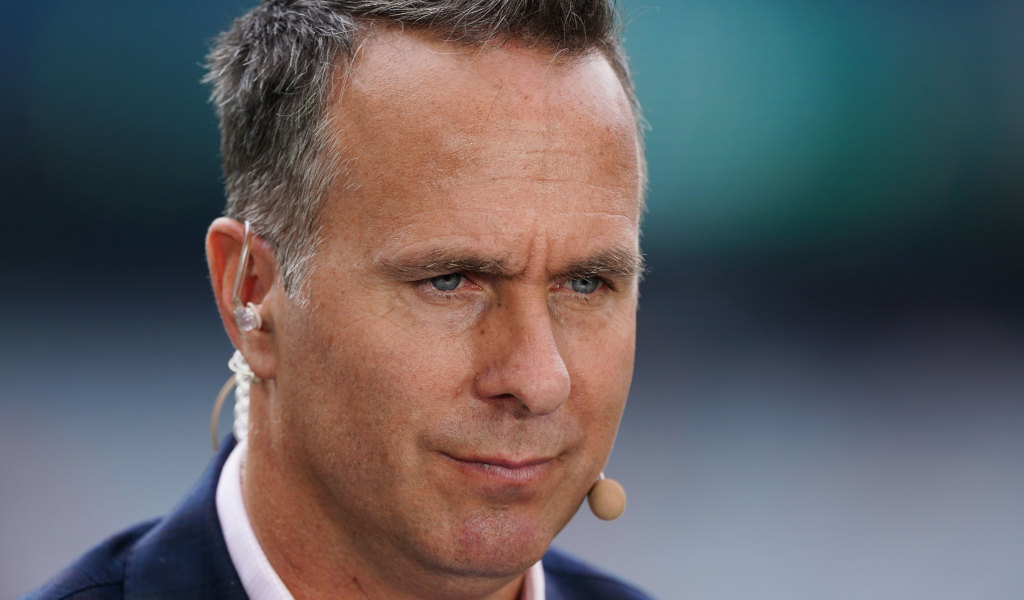 Former England captain Michael Vaughan has denied telling Yorkshire team-mate Azeem Rafiq and two other Asian players there were “too many of you lot”.

As the fall-out from the country’s handling of the investigation into Rafiq’s allegations of racism continues, Vaughan used his Daily Telegraph column to protest his innocence.

He wrote: “In December 2020 I was asked to speak to the independent panel formed by Yorkshire to investigate Rafiq’s claims. Other than having well-known and long-standing associations to the club I had no idea why they wanted to speak to me but I agreed to make myself available.

“This hit me very hard. It was like being struck over the head with a brick. I have been involved in cricket for 30 years and never once been accused of any remotely similar incident or disciplinary offence as a player or commentator.

“I have nothing to hide. The ‘you lot’ comment never happened. Anyone trying to recollect words said 10 years ago will be fallible, but I am adamant those words were not used.”

He added: “I take it as the most serious allegation ever put in front of me and I will fight to the end to prove I am not that person.”

Vaughan, who admitted Yorkshire had dealt with Rafiq’s complaint “terribly”, said the matter had never been raised at the time or in the 11 years since the alleged incident, and admitted his pain at the experiences his former team-mate had endured during his time at Headingley.

He also denied later attempting to belittle Rafiq in his role as an adviser to the club when he recommended signing Kane Williamson as a T20 player, and insisted he would be happy to sit down with him to gain an understanding of his perspective.

Vaughan’s revelation came after Yorkshire were suspended from hosting international matches as the England and Wales Cricket Board delivered a stinging rebuke of the club’s “wholly unacceptable” handling of Rafiq’s claims.

A panel convened by Yorkshire upheld several allegations and while the club accepted Rafiq was subjected to “racial harassment and bullying”, they elected to take no punitive action against current employees, players or executives.

The situation has escalated this week as it emerged the panel determined repeated use of the word “P***” against former off-spinner Rafiq, who represented Yorkshire in two stints between 2008 and 2018, was “friendly banter”.

On the day more sponsors deserted the beleaguered club, the ECB board convened to discuss what has fast become a crisis, admitting in a statement the “abhorrent” matter is “causing serious damage to the reputation of the game”.

The county – due to stage a Test against New Zealand and a one-day international versus South Africa next summer, as well as an Ashes encounter in 2023 – have therefore been stripped of hosting England matches until they can “meet the standards expected of an international venue, ECB member and first-class county”.

The suspension also takes in major matches, including The Hundred at Headingley, where Northern Superchargers this year played their home fixtures, while Gary Ballance has been “suspended indefinitely” from England selection.

Ballance, who has not featured for England since making the last of his 23 Test appearances four years ago, has admitted using a “racial slur” against his former team-mate although he insisted his language needed to be understood in the context of an “incredibly close” friendship he had with Rafiq.

Rafiq said on Twitter: “I note the statement from the ECB. I need a little time to reflect on what the ECB has said this evening and the actions they’re proposing to take. I will not be commenting further at this time.”

Yorkshire, who are reported to have called an emergency board meeting for Friday to discuss the fall-out, could face heavy losses following the ECB sanctions.

The club’s 2019 accounts showed just under GBP 10.5million was earned from international ticket and hospitality revenue, compared to just over GBP 3m from commercial income which would include sponsorship.

The ECB last week received the panel’s full report, having first requested a copy in mid-August, and promised a full regulatory process which will be determined by the Cricket Disciplinary Committee, an independent tribunal.

But events in recent days have hastened the ECB to act now while it awaits for the investigation to be completed.

The ECB’s statement read: “It is clear there are serious questions regarding the governance and management of YCCC. The club’s failure in relation to actions and responses to their own report represent a significant breach of its obligations to the game.

“The ECB board has asked the ECB executive to commission a review of Yorkshire CCC’s governance to consider whether the existing arrangements are fit for purpose.

“The board reiterated its unwavering commitment to ensuring that cricket is a game for everyone. Discrimination of any kind on the field of play, in the dressing room, in the stands, or in the boardroom is intolerable in sport or indeed, society. Cricket must work together to eradicate it.”

Health secretary Sajid Javid, who in 2014 became the first British Pakistani to head a government department, said “heads should roll” at Yorkshire, adding if the ECB did not step in then “it’s not fit for purpose”.

That followed the news Yorkshire chairman Roger Hutton will be called to face the parliamentary Digital, Culture, Media and Sport Committee, while Rafiq is also set to appear before an evidence session, which could unearth his most damning account yet because of parliamentary privilege.

DCMS Committee Chair Julian Knight MP said on Thursday: “The ECB’s action in taking international cricket away from Yorkshire should act as a short, sharp shock to bring the club to its senses. Like the rest of us, I imagine the members of Yorkshire County Cricket Club will be questioning why the board is still in place.

“As for Mr Ballance, I’m choosing at this time not to comment on the specifics of the case. However, it would have been completely unacceptable if they had left him eligible for selection for the England cricket team.”

Harrogate Spring Water and Nike are the latest brands to sever ties with Yorkshire in the wake of the Rafiq row, hot on the heels of Yorkshire Tea doing so and Emerald Publishing Group withdrawing as the title sponsor of Headingley.

Leeds Beckett University said it was “pausing all currently planned activity” with Yorkshire with immediate effect, saying the club’s “public statements to date suggest that its approach to the handling of these accusations is inconsistent with our values and culture”.