Paceman Fuller signs on for Hampshire 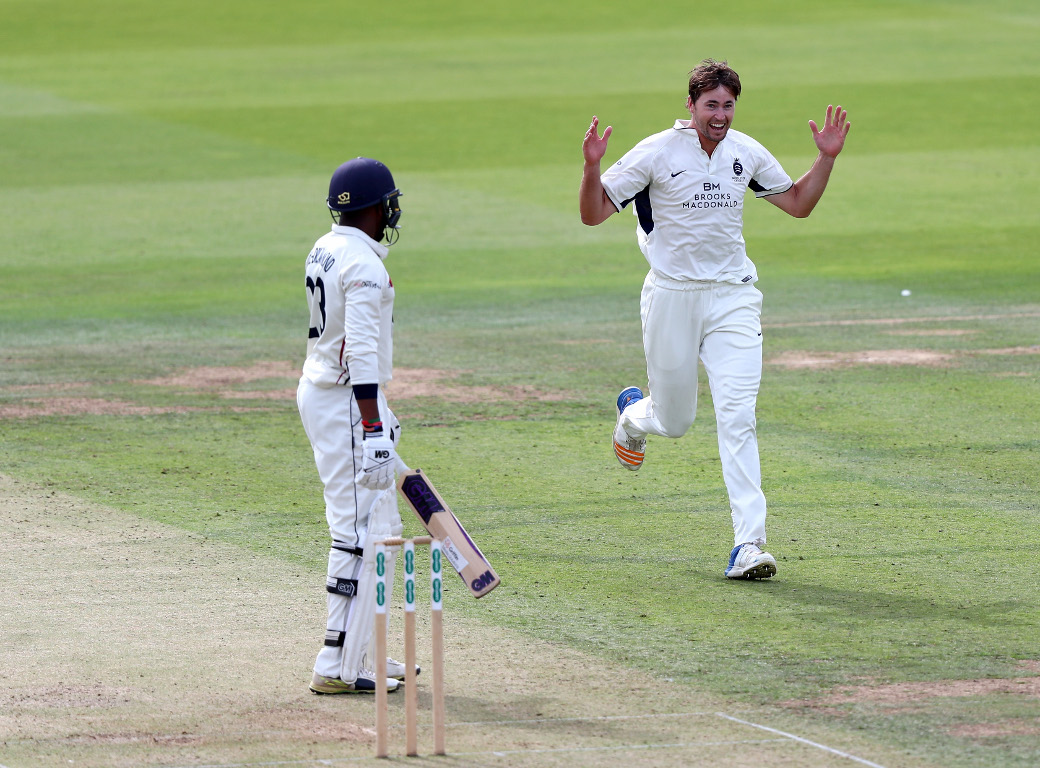 Hampshire Cricket have announced the signing of seam-bowling all-rounder James Fuller from Middlesex.

The talented right-arm paceman and lower-order batsman has committed his future to the Club until at least the end of 2020.

Having spent the first five years of his domestic career at Gloucestershire, where he claimed 89 wickets in 35 first-class appearances, Fuller made the move to Middlesex in 2016. The 28-year-old made his debut against Hampshire that year, picking up a five-wicket haul for the side in his first appearance against James Vince’s side.

His ability to impact the game with both bat and ball has made him a strong white-ball contributor throughout his career, totalling 164 wickets and 1144 runs in 128 List A and T20 matches, with a career strike-rate of 149.04 in the shortest form of the game.

Fuller also earned England Lions call-ups in 2016 and 2017 where he featured against Sri Lanka A and the UAE alongside Hampshire wicket keeper-batsman, Tom Alsop.

Director of Cricket, Giles White said: “James is a talented all-round cricketer with the ability to make an impact across all formats – we’re looking forward to welcoming him to the Club ahead of 2019.”

James Fuller said: “I’m really excited about my move to Hampshire. I’m looking forward to joining a strong team who have a great white-ball history and who are pushing to win the County Championship. I can’t wait to join up after the break in November to get stuck in and work hard towards the Club’s goals as well as my own.”