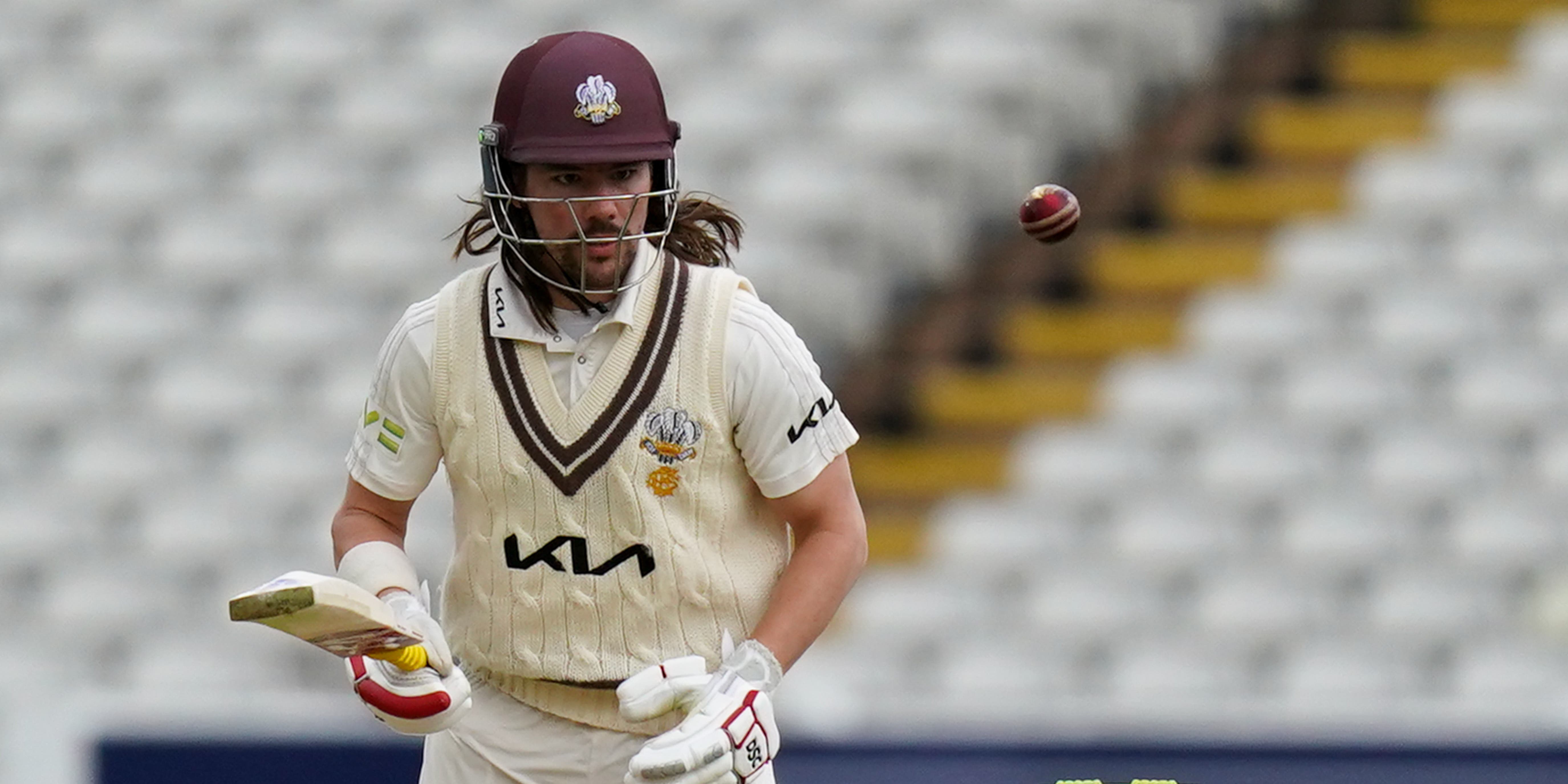 Adam Lyth and Jonny Tattersall advanced their overnight partnership of 239 to become the first Yorkshire pair to record a triple century stand for the sixth wicket in first-class cricket.

Lyth made 183 and Tattersall a career-best unbeaten 180 as Yorkshire posted 521 before an unruffled unbeaten 94 from England fringe opener Burns helped Surrey reach 191 for one at the close.

Holland returned to form with his stubborn knock and was well supported by Liam Dawson, who maintained his impressive form with 92, and Ben Brown with an unbeaten 72 to take Hampshire to a 153-run lead.

Warwickshire sliced 11 off the deficit in six wicketless overs.

Sir Alastair Cook and Simon Harmer combined to leave Essex on the cusp of victory against Gloucestershire at Chelmsford.

Cook recorded his 31st first-class century for his county on his way to 145 out of 310 all out before off-spinner Harmer bagged five for 51 as the visitors capitulated to 140 for six.

An unbeaten partnership of 164 between Lancashire openers Luke Wells and Keaton Jennings saw the hosts regain a semblance of control against Somerset at Southport.

Wells will resume the third day on 99 not out while Jennings is unbeaten on 61, with just five wickets falling throughout the three sessions of another fine day of cricket on the Sefton coast.

The Red Rose fightback came after the visitors were dismissed midway through the afternoon session for 446 with Roelof Van Der Merwe contributing a valuable half-century along with useful runs from Lewis Gregory and Jack Brooks.

Kent were 287 for five against Northamptonshire at Canterbury, trailing by 16 with five first-innings wickets remaining.

Hefty partnerships of 91 between Joe Denly and Ben Compton and then 100 between Jack Leaning and Jordan Cox helped Kent close in on Northamptonshire’s first-innings 303.

Having resumed on 19 for no wicket, Notts moved effortlessly to 233 for three and then 255 for four before losing their last six wickets for a mere 30 runs. That meant they found themselves 33 runs short of the Welsh county’s first-innings score.

Glamorgan had 17 overs to face at the end of the second day and they successfully negotiated that test to end on 53 without loss and take a very handy 86-run lead into day three.

Leicestershire produced an impressive response after Sussex racked up 588 at Hove.

The Foxes lost Hassan Azad to the first ball of their reply, but Rishi Patel and Louis Kimber batted with increasing authority in an unbroken stand which took them to 159 for one at stumps.

They still trail by 429 but a slow pitch is showing little sign of deterioration.

The hosts were reduced to 142 for seven in their first innings amid fine bowling from Toby Pettman, who claimed figures of three for 40 to race through the Durham batting order.

However, Mackintosh led the way with 51 as he and the tail provided 154 for the final three wickets.

Middlesex have a lead of 177 with four second-innings wickets remaining as their game against Worcestershire moved quickly at Norwood.

The hosts dismissed the Pears, who resumed on 100 for five in reply to 188, for 191 as Toby Roland-Jones took four for 60, with Ed Barnard hitting an unbeaten 69.

Dillon Pennington and Josh Baker then shared five wickets to leave Middlesex on 180 for six and with still some work to do.