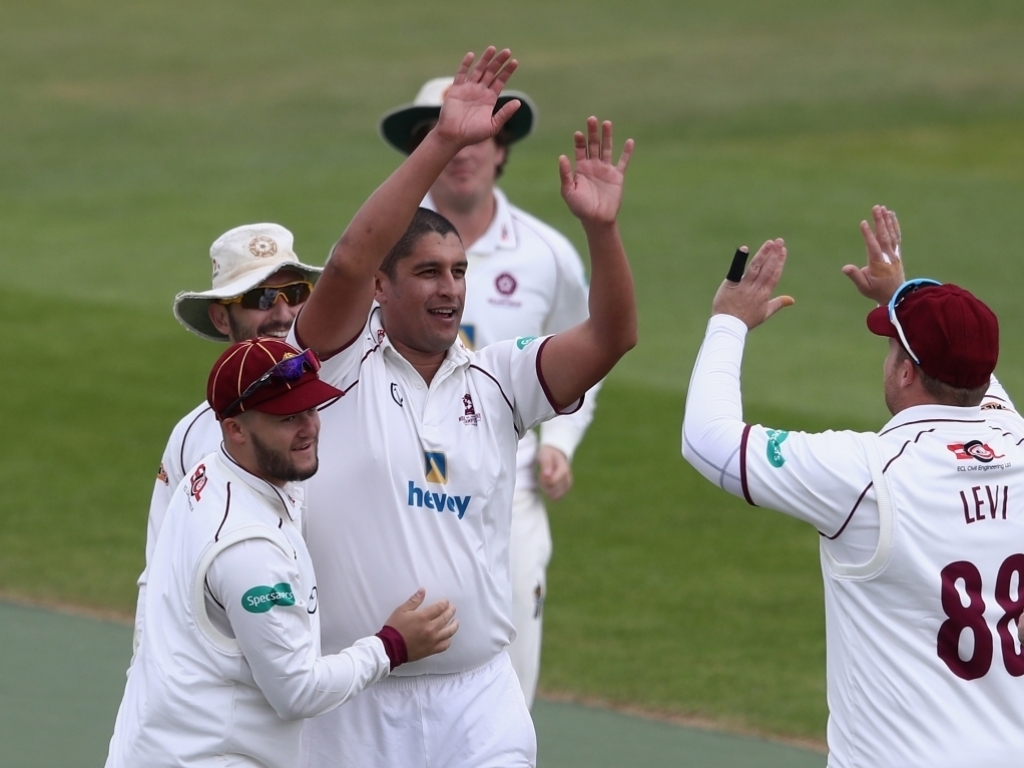 “I am close to the best form of my first-class career. I wish I had this knowledge and skill ten years ago,” said Rory Kleinveldt, former South African bowler and spearhead of Northamptonshire during the County Championship Division Two season.

Kleinveldt, seam bowler of the Cape Cobras, was simply magnificent in September.

He obliterated Nottinghamshire with a career-best 9-65 in 24.2 overs of bowling mayhem and finished with an extraordinary match-haul of 13-98 for Northamptonshire.

Earlier in September, the 34-year-old bowler, an expert at seaming the ball prodigiously, nipped out 5-50 and 3-48 to set up a six-win against Sussex.

“All the bowlers knew we had a shout at promotion and gave it all we had. My gameplan was to smash into the top of off-stump and to move it off the seam both ways.

“I erred earlier in my career by being a tad too short but the past two, three seasons I have bowled a bit fuller, especially in England.

“In that match against Nottinghamshire, the wicket also suited the seam bowlers, but it was special because Nottinghamshire was arguably the best team in the division before September.”

Thanks to the man-of-the-match performance produced by Kleinveldt, Northamptonshire soared to a 124-run win. Kleinveldt finished with 50 championship wickets at an average of 21.83 in the 2017 series.

Two years ago, he took 57 wickets, but this was a much better performance over an extended period.

The wickets he took in September were richly deserved, because he bowled very well without much luck and reward earlier in the campaign, he acknowledged.

Northamptonshire was aspiring to be promoted to the first division. The team missed out by five points.

They were penalized five points in a Championship game against Notts at Trent Bridge for a slow over-rate. “That cost us,” he added.

The Cape Cobras would dearly love to have Kleinveldt at their disposal, but the veteran is unavailable due to an abdominal strain.

An examination by the Cape Cobras physiotherapist, Shane Jabaar, confirmed that he had a strain which will keep him sidelined for two weeks.

“The chances are very small that I will be available for the last game of the first half of the Sunfoil Series, but I will probably be ready for the second half,” he added.

Kleinveldt admitted his form was reminiscent of 2012, when he broke into the South African test team.

He showed his mettle in the test at Adelaide when he nabbed out 3-65 and had the Australian top-order temporarily in disarray.

Kleinveldt saluted the excellent performances by Richard Levi, his Cobras colleague. Levi hammered 734 runs for Northamptonshire in the four-day campaign which included two tons and a best of 115.

“Richard has finally worked out how to approach his batting in the four-day competition and that is to be belligerent,” Kleinveldt added.

Thanks to the Cape Cobras duo of Levi and Kleinveldt, Northamptonshire won nine of their 14 first-class matches.

It might not have propelled them into the first division, but these two stalwarts were splendid export products for the Cape champions.