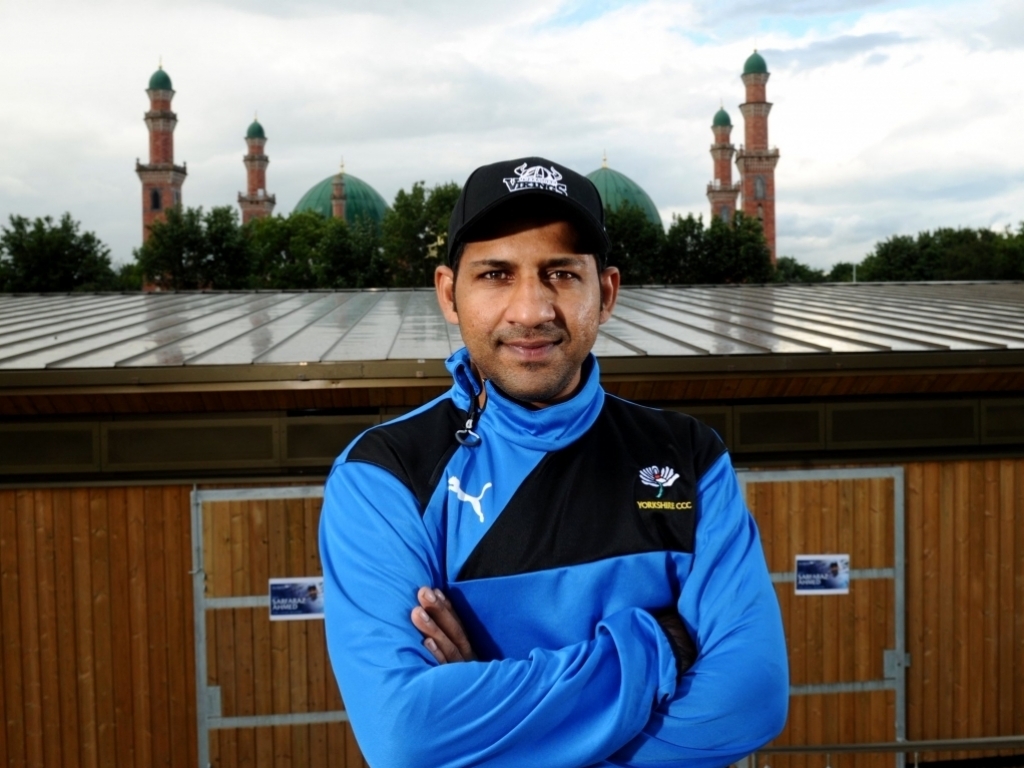 Pakistan captain Sarfaraz Ahmed hopes his past success in the UK will help him settle quickly after he was unveiled as an overseas player by English county side Yorkshire.

Sarfaraz has joined Yorkshire for the remaining fixtures in the T20 Blast, replacing Australia’s Peter Handscomb, and hopes his previous success in the country with his national side will help him succeed in England.

The wicketkeeper-batsman led his country to Champions Trophy glory at the Oval not more than six weeks ago and also helped Pakistan draw a Test series in England in 2016.

The 30-year-old Sarfaraz also struck a century against the home side at Lord’s to help his country win an ODI in October last year.

Sarfaraz said in a report on ITV: “I was happy to get the contract and lots of people were very excited for me, lots of text messages and people on Instagram. I am lucky to play for Yorkshire.

“When I arrived first time in England we had a good Test series, then I scored a hundred at Lord’s and was man-of-the-match in Cardiff. This year we won the Champions Trophy here, so I have good experiences of playing in England.

“Now I will try my level best for us to qualify for the quarter-finals, the semi-finals and the final.”

Sarfaraz will follow in the footsteps of Pakistan legends Younis Khan and Inzamam-ul-Haq who have both donned the colours of Yorkshire in the past.

A busy right-handed batsman, Sarfaraz is happy to follow in their footsteps of two of his country’s most celebrated players and hopes to make an impact.

He continued: “I heard about Inzi and Younis, I met Younis at our (Champions Trophy) celebration and he said it was a very good county, with lots of great players.

“He talked to me about Yorkshire and how professional the league was here. Hopefully I will learn a lot and transfer to the younger players as well.”