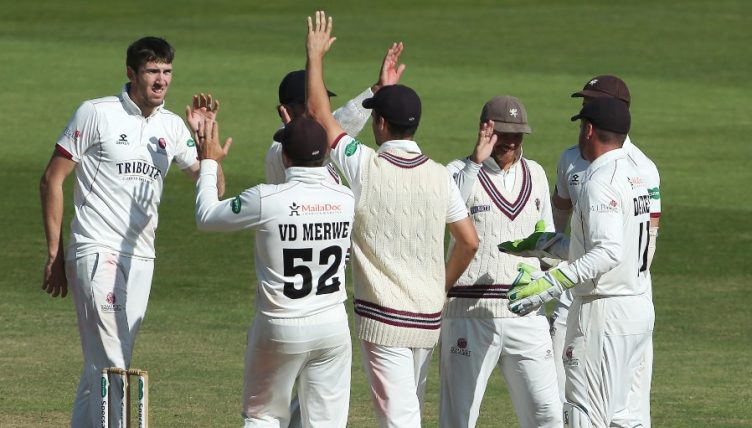 Essex secured the County Championship after surviving a nervous final day as rivals Somerset threw everything at them.

The wisdom of playing such vital matches so late in September will once again be questioned after every game was affected in one way or another by the weather.

Somerset were always up against it – they lost over 200 overs to rain in the opening three days- but they gave it a go on the final day, bowling Essex out in their first innings and then forfeiting their own second innings to try and then bowl Essex out for a second time.

That gallant effort failed, despite a couple of hairy moments, and, with Essex on 45/1, the handshake came as Essex won their eighth Championship title, and second in two years.