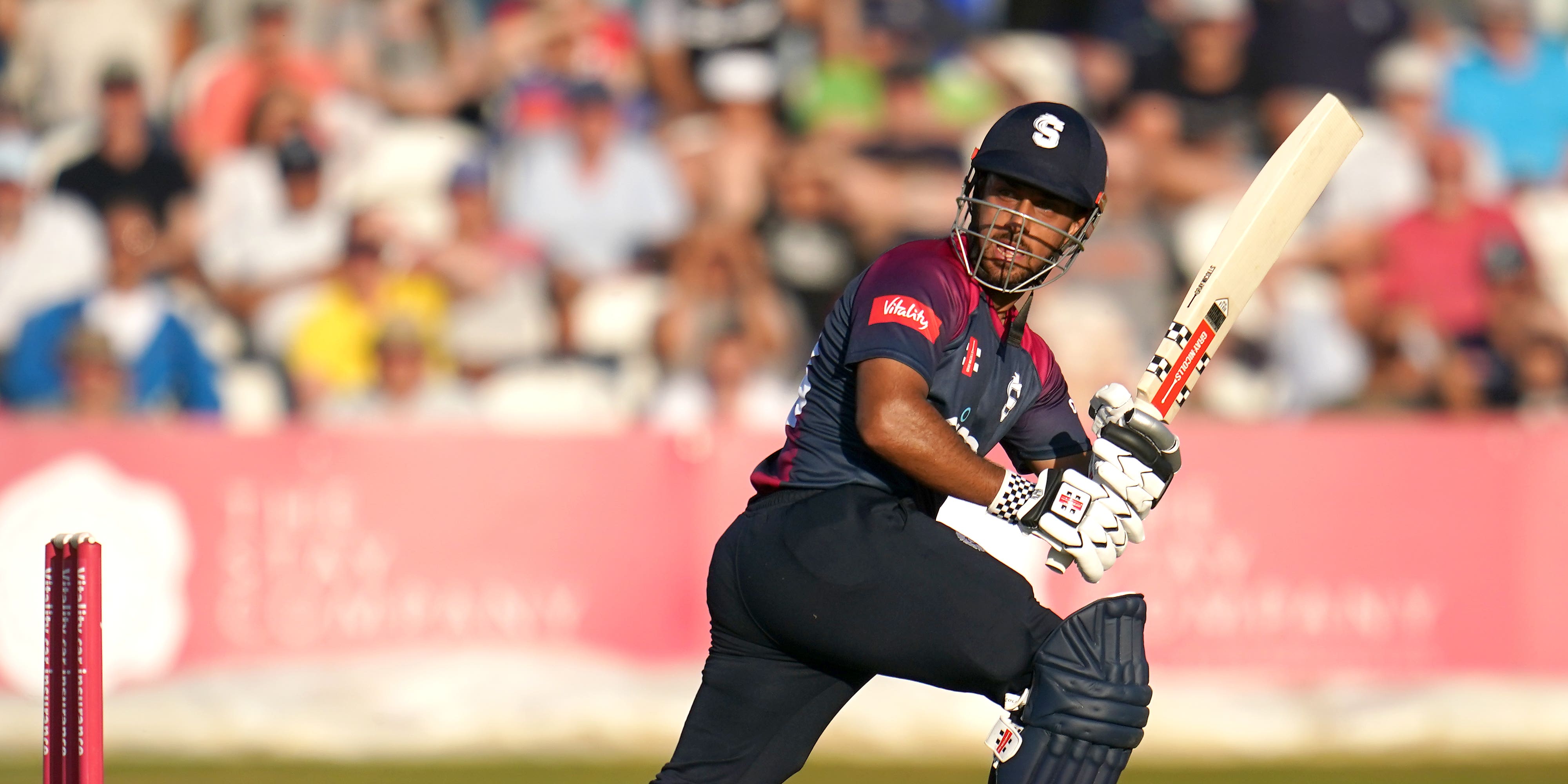 Left-hander Zaib – restored to Championship duties for the first time since May – struck 124 which was supported by Ricardo Vasconcelos (79) and Lizaad Williams (30) as the hosts were eventually bowled out for 426, with Dan Worrall taking three for 69.

Surrey were set a target of 345 in 39 overs, but declined to take up the chase as the match headed towards a stalemate, closing on 48 for one, as Ryan Patel was unbeaten at 32.

Although Surrey return to the top of the table as a result, their lead over Hampshire is a slender eight points with two matches left.

Warwickshire and Somerset’s relegation battle at Edgbaston ended in a hard-fought draw.

After Somerset’s declaration at 340 for seven set a target of 364 in 82 overs, both sides scented victory at times during a tense last session.

Warwickshire, though, eventually closed on 256 for six when bad light brought an end to proceedings on what had been a placid pitch.

George Bartlett had earlier reached his sixth first-class century with 111 after Somerset had resumed the final morning on 277 for four, already 300 ahead.

Warwickshire, though, were able to navigate the rest of the final day, as Sam Hain made an unbeaten 52, while Dom Sibley (54) and Alex Davies (58) both added half-centuries.

In Division Two, Middlesex swept aside Glamorgan by 10 wickets at Lord’s and leapfrogged their opponents in the battle to secure promotion.

Middlesex needed less than an hour on the final morning to seal a comprehensive victory, which puts them 12 points clear of Glamorgan with two matches to play.

Seamer Toby Roland-Jones finished with figures of five for 61 as Glamorgan were bowled out for 220 in their second innings.

Surrey openers Mark Stoneman, 20 not out, and Sam Robson, unbeaten on 25, soon knocked off the 45 runs needed for victory in only 5.2 overs.

An unbeaten century from Tom Alsop helped Sussex secure a draw against Worcestershire, inflicting a potentially fatal setback to the visitor’s own promotion ambitions.

Alsop’s 137 not out – his fourth Championship hundred of the season – and valuable contributions from Oli Carter (55) and Ali Orr (48) took Sussex to 312 for six, a lead of 92, when the players shook hands with 13 overs remaining.

Worcestershire picked up 14 points, but they are 28 behind second-placed Middlesex heading into the final two games.

Durham needed only 37 minutes to wrap up a seven-wicket victory over Leicestershire at the County Ground.

Michael Jones, who fell three runs short of a century in the first innings, added a 58-ball fifty before Durham, chasing 105, completed victory.

Nic Maddinson finished unbeaten on 31 while England pace bowler Matty Potts took 13 wickets in the match, including seven for 49 during Leicestershire’s second innings.