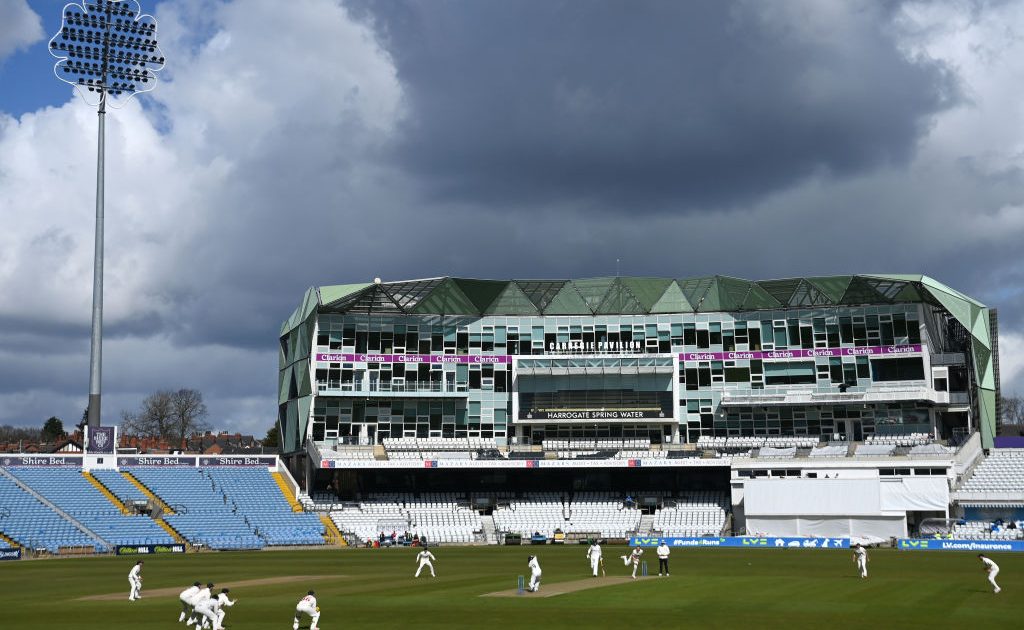 Yorkshire chairman Roger Hutton is to be called by the parliamentary Digital, Culture, Media and Sport committee to answer for the club’s handling of Azeem Rafiq’s racism claims.

Rafiq, a former White Rose player over two spells between 2008 and 2018, first made allegations of institutional racism at the county over a year ago and an independent report commissioned by Yorkshire upheld that he had been a victim of “racial harassment and bullying”. Despite issuing what was termed a “full apology”, no employees of the club will face any further action.

ESPNcricinfo then published what it claimed to be details of the report, including a senior player’s admission that he had repeatedly used the word “P***” in reference to Rafiq, which was subsequently deemed to be “in the spirit of friendly banter”.

Now the situation has escalated on a political level with the DCMS committee confirming to the PA news agency that it will be holding an evidence session on the matter.

DCMS chair Julian Knight said in a statement: “This is extremely concerning and it’s clear that Yorkshire County Cricket Club has questions to answer.

“We have monitored developments around the club’s handling of the serious allegations made by Azeem Rafiq.

“We want to see much greater transparency from YCCC – it is time for them to answer their critics. We intend to call the Chair of the club before the DCMS Committee to give a much fuller explanation than we have had so far.”

Yorkshire officials have refrained from publishing their full report into the allegations made by Rafiq in 2020, citing legal reasons.

However, the England and Wales Cricket Board is investigating the document, which is said to contain graphic details of the abuse directed towards Rafiq.

Former England captain Mark Butcher has accused the club of being “in denial”.

Responding to the details reported by ESPNcricinfo, he told the Times: “It beggars belief. It’s not only completely tone deaf but totally in denial.”

The MP for Leeds North West – the constituency which covers Headingley – made clear on Tuesday that he would not allow the issue to rest.

Labour’s Alex Sobel tweeted: “I am very concerned to read today’s report. It’s not acceptable for any organisation to say clearly racist language is just banter.”

Sobel confirmed to PA that he had arranged a meeting with Rafiq and would be seeking further information.

The developments in Rafiq’s case have also attracted the attention of anti-racism campaign group HOPE Not Hate, with its chief executive Nick Lowles telling PA: “Referring to someone by a racial slur is not, under any circumstances, ‘good-natured banter’.

“In 2021, we have a right to expect racism and intolerance to be taken seriously. We cannot sit idly by while institutions try to brush these problems under the carpet – we all have a part to play in refusing to accept racial intolerance and taking a stand against organisations who fail to tackle racism.

“It has now emerged that Yorkshire CCC is ‘pleased’ to announce that no disciplinary action will be taken against any current player or staff member.

“A refusal to act on tackling racism should not be a cause to rejoice. Azeem Rafiq deserves justice.

“Cricket, like any sport, unites people across many backgrounds – but when institutions fail to safeguard and protect players from abuse, the premise of unity falls apart.”

Pressure is also coming to bear on Yorkshire on a commercial level. The Emerald publishing group – a primary sponsor of the county, which has naming rights at Headingley Stadium – has described its “dismay” at recent reports and has told PA it expects further action to be taken.

“We take all matters related to any form of racism or discriminatory behaviour seriously and expect all our partners to uphold our values,” read a statement issued to PA.

“As sponsors of the Headingley stadium, we are dismayed by the conclusion of an independent panel that the former player, Azeem Rafiq, suffered racial harassment and bullying during his time at the club.

“Whilst the club has offered its unreserved apology for this, and has made a number of positive changes in the intervening years, there is clearly still a great deal more to do.

“We are pursuing the actions from the YCCC in response to their latest statement and will continue to review the findings from the tribunal and ECB investigation in due course.”