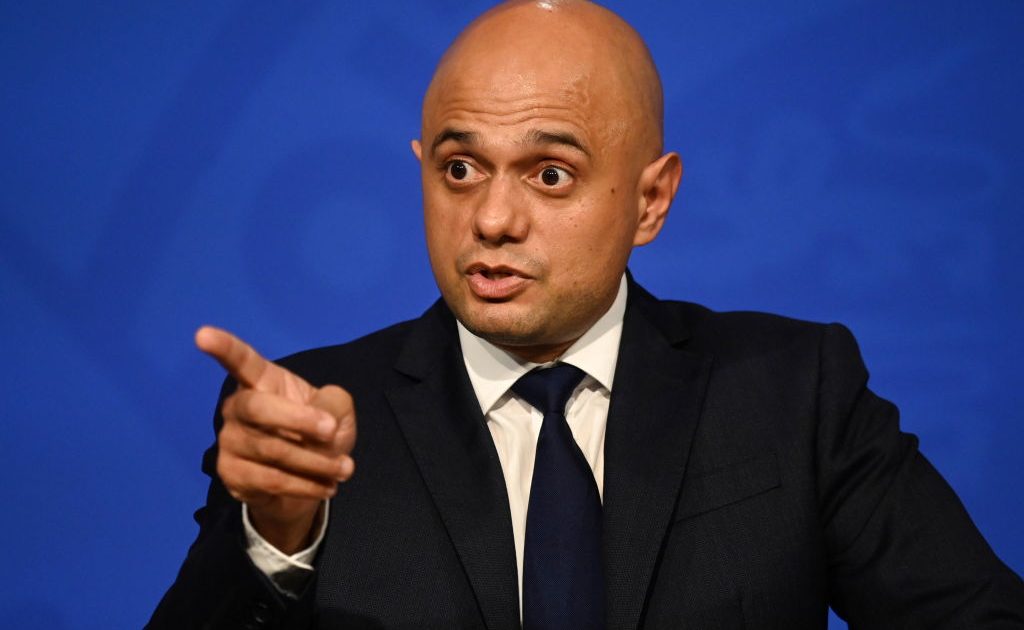 Rafiq’s disturbing account of his time at the club first came to light more than a year ago but recent developments commanded the attention of senior Westminster figures on Tuesday, with Javid’s strongly-worded intervention following the news that Yorkshire chairman Roger Hutton will be called to face the parliamentary Digital, Culture, Media and Sport committee.

Later, a Downing Street spokesperson representing Prime Minister Boris Johnson followed up Javid’s remarks by urging the England and Wales Cricket Board to “investigate this thoroughly and quickly” and “take action where needed”.

An independent report commissioned by Yorkshire previously resolved that Rafiq, who played for his home county in two stints between 2008 and 2018, had been a victim of “racial harassment and bullying”. Despite offering an apology, the club went on to state that none of its employees would face any further action.

ESPNcricinfo this week published alleged details of the report, including a senior player’s admission that he had repeatedly used the word “P***” in reference to Rafiq, which was subsequently deemed to be “in the spirit of friendly banter”.

Javid, the first British Pakistani to head a government department in 2014, posted on Twitter: “P**” is not banter. Heads should roll at Yorkshire CCC. If @ECB_cricket doesn’t take action it’s not fit for purpose.”

The closing words amount to a challenge directly aimed at the game’s governing body, which has only recently received a full copy of the Rafiq report as part of its own “thorough and fair” investigation.

A No 10 spokesperson, responding to Javid’s comments, said: “These are very serious allegations which have clearly had a very significant impact on Azeem Rafiq and it’s important they are investigated thoroughly and quickly.

“We urge them to look at this with the utmost scrutiny and take action where needed. Language like that should never be used in any context or form whatsoever.”

Asked whether the word “P***” could ever be used as “banter”, the spokesman added: “No, this is racist language and should not be used in any context whatsoever.”

Looking ahead, Hutton will now be preparing to provide evidence to the DCMS select committee – a session which could yield hitherto unpublished revelations as it will be covered by parliamentary privilege.

Yorkshire has questions to answer

DCMS committee chair Julian Knight said: “This is extremely concerning and it’s clear Yorkshire County Cricket Club has questions to answer. We have monitored developments around the club’s handling of the serious allegations made by Azeem Rafiq.

“We want to see much greater transparency from YCCC – it is time for them to answer their critics. We intend to call the Chair of the club before the DCMS Committee to give a much fuller explanation than we have had so far.”

Nadine Dorries, secretary of state for DCMS, added her own thoughts on Twitter, posting: “Azeem Rafiq’s treatment after the racism he faced was disgusting, and the investigation that followed only makes it even worse. The @ECB_cricket investigation must be swift and fully transparent. Racism must be confronted, and NEVER written off as just “banter”.”

Yorkshire have been contacted for comment by PA, while the man at the centre of the issue, Rafiq, tweeted his own response in the evening.

“Over the last 14 months I have told both @PCA and @ECB_cricket that someone needs to show leadership & take this out of @YorkshireCCC hands. No-one believed me, no-one listened everyone tried to protect themselves and left me all alone to fight. TIME FOR THE FULL TRUTH,” he wrote.

The Professional Cricketers’ Association told the PA news agency: “The PCA continues to discuss this extremely important issue with stakeholders and is supportive of the ECB’s regulative process now the governing body has received the full report.”

The developments in Rafiq’s case have also attracted the attention of anti-racism campaign group HOPE Not Hate, with its chief executive Nick Lowles telling PA: “In 2021, we have a right to expect racism and intolerance to be taken seriously. We cannot sit idly by while institutions try to brush these problems under the carpet – we all have a part to play in refusing to accept racial intolerance and taking a stand against organisations who fail to tackle racism.

“Azeem Rafiq deserves justice. Cricket, like any sport, unites people across many backgrounds – but when institutions fail to safeguard and protect players from abuse, the premise of unity falls apart.”

Yorkshire may also feel the pinch commercially. The Emerald publishing group – a primary sponsor of the county, which has naming rights at Headingley Stadium – has described its “dismay” at recent reports and expects further action to be taken.

A statement to PA read: “We take all matters related to any form of racism or discriminatory behaviour seriously and expect all our partners to uphold our values.

“As sponsors of the Headingley stadium, we are dismayed by the conclusion of an independent panel that the former player, Azeem Rafiq, suffered racial harassment and bullying during his time at the club.

“Whilst the club has offered its unreserved apology for this, and has made a number of positive changes in the intervening years, there is clearly still a great deal more to do.”