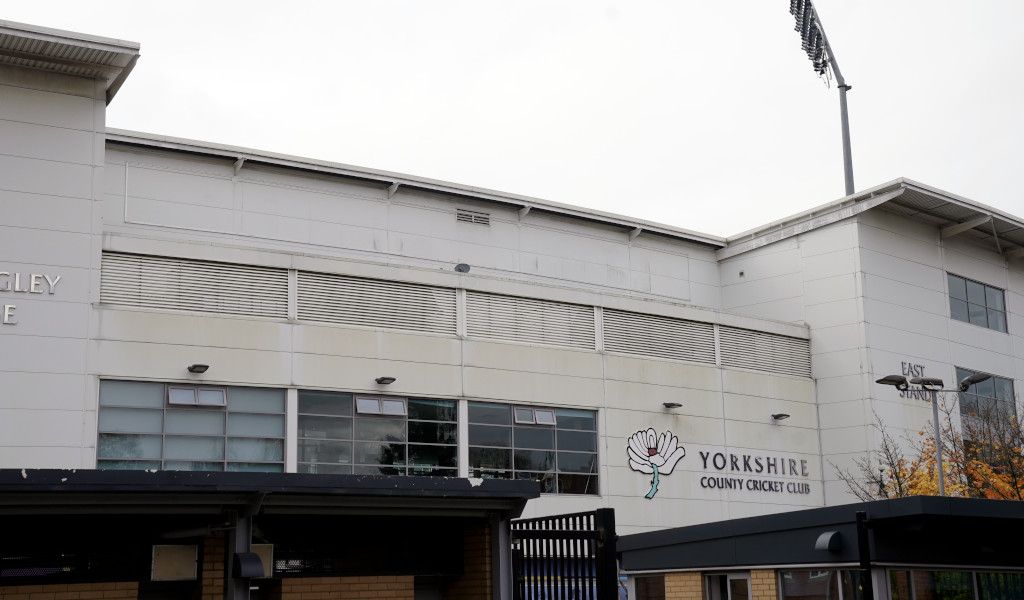 Yorkshire’s bid to draw a line under their handling of Azeem Rafiq’s racism claims has led to a partnership with the aptly-named Clean Slate.

Several sponsors, including Nike, Yorkshire Tea and Emerald Publishing, severed ties with the club late last year, with the White Rose plunged into one of the biggest crisis points in their 159-year history.

But as they look towards the future, Yorkshire have announced a two-year deal with Clean Slate Studioz, an India-based global streaming platform, to serve as the title sponsor of their Headingley ground.

While this marks the first time an Indian business has gained significant naming rights at a UK sporting venue, the deal does not include the renaming of the entire stadium.

But the company’s name will appear on the main pavilion as well as on the playing shirt and training kit of the women’s Northern Diamonds.

“This new partnership – with a vibrant Indian brand that knows how to entertain diverse communities – is an exciting step for Yorkshire,” said Yorkshire chair Lord Patel.

“Our proud club has a great future, welcoming everyone into our ground and this game, and our new partners are champions of inclusivity, diversity, and equity.

“We are excited to have this new and ground-breaking partnership and to see the commitment to the women’s game.”

Yorkshire last year accepted former player Rafiq had been subjected to racial harassment and bullying but initially elected against taking any action against their employees, leading to widespread criticism.

Only after approving structural reforms at last week’s extraordinary general meeting, including the ratification of Patel as chair, was the ban lifted on Headingley staging international fixtures again.

However, they could still be sanctioned – with punishments including points penalties – as the England and Wales Cricket Board’s regulatory investigation into Rafiq’s allegations remains ongoing.

Yorkshire have described their new principal partners as “the world’s only female-forward, female-first original-content streaming platform” which “has a stated mission for equality”.

He said: “Headingley has always been a ground like no other and we welcome Clean Slate into our home.

“As a proud Yorkshire captain and an England international, I’ve seen and felt first-hand the incredible atmosphere in our ground.

“So I’m looking forward to seeing how the creativity, experience and values that Clean Slate bring can to take us forward, on and off the pitch, from the first day of this season.”