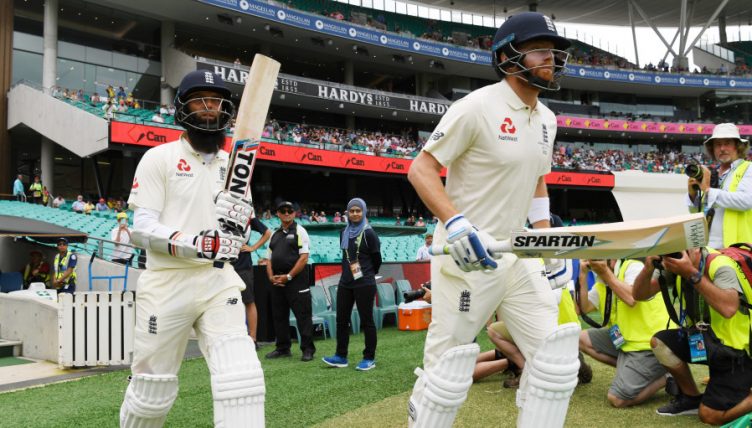 An overlooked key to success in England’s maiden World Cup victory was the change of outlook from the near to the far. Following a clusterf**k of a campaign in 2015, England took the deliberate step of viewing their white-ball squad selections as a cycle.

The overhaul began with the inclusion of a destructive, yet unproven commodity in Surrey’s Jason Roy for the first post-World Cup series versus New Zealand.

0, 39, 9, 38, 12. Set alight, the world was not. But England’s higher-ups stuck with the opener and four years later, that persistence and belief that Roy was the premier candidate to get England off to the proverbial flyer looks like a masterstroke.

Attaining number one in the world rankings or defeating the might of India 4-0 on home soil is all well and good, but the fact of the red-ball matter remains that the Ashes is number one, and England’s latest Test squad announcement reflects that.

The four fresh faces have a combined average age of just 22 – England are (rightfully) looking ahead to the next Ashes series down under in 26 months’ time, but that will inevitably bring casualties.

Here, we take a look at which England players may have worn the three lions for the last time in the Test arena.

England were high on the World Cup drug and the decision to thrust Roy into an Ashes series against the greatest Australian attack since 2005 was understandable, yet fraught with risk. Roy averaged a paltry 13.75 with a top score of just 31 and was jettisoned from the ranks before the series had even concluded.

The slippery slide down the order had begun in the fourth Test with his demotion(?) to number four, but even that seemed three spots too high. England simply cannot crowbar Roy, Buttler and Bairstow into the same line-up and the latter two have more equity in the trust bank and a boatload more experience despite all being the same age.

Thanks for all you did this summer Jason, but your future is solely in white-ball cricket.

‘He’s as fit as a fiddle’ we can hear Bumble chirping. He is, but he’s also 37 and in the midst of a battle with Father Time.

Anderson will go down as England’s greatest ever bowler but the writing is on the wall.

He’ll be 39 by the time the first ball is bowled in the 2020-21 Ashes series, and his record down under pales in comparison to his record in home conditions; 35.43 in Australia is Jimmy’s third-worst average of the eight countries he has played in. Understandable, but what’s more surprising is his second worst average comes in South Africa (39.92) – the destination Anderson will likely target for his return to the Test fold this winter.

It may seem unnecessarily harsh, and the King of Swing undoubtedly deserves a better send-off than limping out of the Edgbaston Test after completing just four overs, but sentimentality in sport gets you nowhere and England may have seen the last of the greatest bowler they have ever produced.

The collapse of Moeen Ali this summer was like something out of a Hollywood movie. Regular in the ODI side, England’s undisputed number one spinner in Tests and always a handy contributor down at number eight. Put a line through all of those now and it becomes apparent just how sour things have turned for Mo.

Instead of dwelling on the negatives, let’s search for a way Mo can regain his Test place.

With Matt Parkinson’s selection, it appears England are set to move on from faithful old Mo, even if his former powers do return.

This is where the list takes a hard right turn into the realms of ‘what if’ and speculation.

With Jos Buttler seemingly being tasked with assuming the gloves and the ghostly spectre of perma-overlooked Ben Foakes looming large, Bairstow’s role moving forward will need to be as a specialist batsman.

Bairstow is more than capable of being selected as a specialist batsman and slotting in anywhere between number four and six, but it’s Jonny Bairstow we’re talking about here, he never makes it easy for himself.

Will he take the removal of his gloves and omission from the New Zealand touring party as a personal sleight? … Probably.

Bairstow is at a crossroads. His prowess in the one-day arena has undoubtedly surpassed his Test exploits and the decision may be made (either by him, or for him) to focus solely on becoming the greatest opener England – and possibly anyone – have ever had in white-ball cricket.

5. Every opener England have discarded in the last six or seven years

Sorry chaps, you’re all living in Rory Burns’ world now, and with Dom Sibley and Zak Crawley the latest models to be given their chance off the production line, the door appears closed for the laundry list of England’s failed openers in the post-Strauss and Cook era.

Even if Sibley and Crawley fail to make an impression on the upcoming tours to New Zealand and South Africa, it’s England we’re discussing here – they’ll sledgehammer an unfortunate middle order batsman up the order in the manner of the much-maligned Joe Denly.

Something for Ollie Pope to look forward to in 2021.