Home Features Churchill, Mandela, Langer? The art of leadership is broader than you think

Churchill, Mandela, Langer? The art of leadership is broader than you think 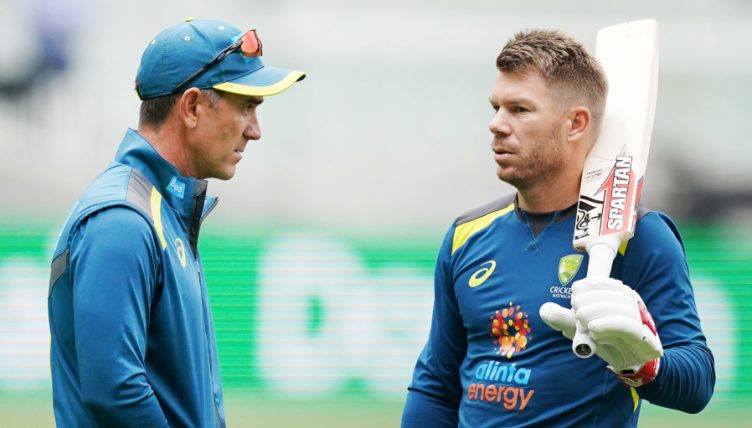 When you hear the term leadership, what, or who springs to mind? A quick tap tap on the old Google churns up the sort of names you’d expect.

Nelson Mandela, Abraham Lincoln, Martin Luther King Jr., Winston Churchill. “I have a dream” and “we shall fight on the beaches”. It’s impossible not to remember their famous speeches and by extension, associate great leadership with charisma, magnetism and rousing public addresses.

Indeed, the term ‘Churchillian’ is widely used in the modern day to refer to great orators capable of inspiring the masses and leading from the front. These characteristics are embodied by many great leaders, but to define leadership solely this way would be akin to saying cricket is about which team scores the most runs. Quite simply, there’s so much more to it.

The details behind Australian cricket’s 2018 meltdown have been forensically dissected, but the biggest takeaway came from how rudderless their ship truly was. It would’ve been easy for those involved to double and triple down, and initially, a select few did. But once the true gravity of the situation had been realised and the feelings of a nation back home felt, a change was inevitable.

Australia coach Justin Langer’s storied playing career offered scant evidence he would develop into the sort of leader to deliver rah-rah speeches. But when the call came to assume the mantle in May 2018, a different type of leadership was required.

Detailing the run-up to his selection for the role, Langer told the Playmaker’s Playbook podcast: “I remember sitting on my couch with three of my daughters and I saw the replay that showed what one of the players was doing with his hand.

“I just said to my youngest: “Pray that’s not Cameron.” I could’ve bet my house on a thousand other people to do it, but not Cameron Bancroft.”

That a junior member of the side had been coerced into breaking the rules by the ironically named ‘leadership group’ spoke volumes about the culture within the team.

Langer recounts how he was accosted while completing everyday mundane tasks in the immediate aftermath of the scandal. At the Fremantle markets and at the construction site of his West Coast Eagles’ newest football facility, men, women and children of all ages expressed their disbelief and dismay at the depths their nation’s cricketers had stooped to.

But it presented an opportunity. Scandal’s offer a unique chance at an overhaul and Langer was chosen as the man to front up the change.

To rehabilitate Australian cricket’s reputation and to alter a deeply ingrained culture, a brand of leadership of a different kind was needed. Tough decision-making, patience, caring, the abilities to listen and to understand. All were needed more than ever and all were provided by Langer.

“One really important part of leadership is caring for people,” he added.

His assumption of the role coincided with the extensive filming of a docuseries chronicling the team’s efforts to attain redemption. Series’ of these ilk have become ever more frequent over the last decade, with the NFL’s ‘Hard Knocks’ show perhaps the finest exponent to date.

A common facet of a sports team’s pre-season preparations that television has brought to light is the adoption of a mantra or mission statement for the season ahead. A motivational phrase or a reference to past glory, these slogans are often relegated to a mere advertising and commercial opportunity afterthought once the nitty gritty of the season gets under way.

Langer is a thinking man and thinking men don’t do the superficial.

“One thing about leadership is that for every sporting team, in pre-season they’ll deliver a mission statement and talk about values and use all the same words on a fancy bit of paper.

“That’s all nice, but unless you live it every single day, it’s literally like toilet paper.

“That was the point of the documentary. We’re all going to be on camera here and every leader can talk a good game but now we’ve got to live it because there’ll be nowhere to hide.

“There’s an old saying that goes: “If you talk excellence and walk mediocrity, you’re nothing but a common liar.””

A key characteristic of Langer’s leadership style surrounds the wellbeing of his men and ensuring that they are the best people they can be, off the field as much as on it. Pinpointing professionalism, honesty, humility, caring and an unwavering desire to learn, Langer insists any who prioritise ‘me over we’ don’t have a place in his setup.

Talk is one thing, how does he actually go about instilling these values? By leading by example and exhibiting them himself.

Retro coaching manuals would suggest you treat every player in the same manner. On the surface, it seems logical. But with such a broad diversity in players with different ages, socio-economic backgrounds, and religious beliefs etc, it is simply not feasible or desirable to have a drill sergeant-like approach.

“Everyone’s different. Every single person is different and the easy way to do it is to treat everyone the same. But if you do, you’re setting yourself up for disaster.

“It’s like with my kids for example. They all come from the same place but they’re all so different. One of the best things for me being a coach is that I’m a parent and I’m used to my kids being so different so you learn to work with differences.

“You’ve still got to have a set of standards and values but ultimately, everybody’s different. It takes time to build those relationships and that’s one of the toughest things about leadership.”

In under two years, Langer has transformed Australian cricket with his calm, considerate and sincere brand of leadership. While his Churchillian displays are few and far between, his Langerian methods have shown that there is always another way.

Perhaps the Australian version of the Merriam-Webster will have a new addition in a few years’ time.