Home Did You See Did you see… David Willey’s Alice band? 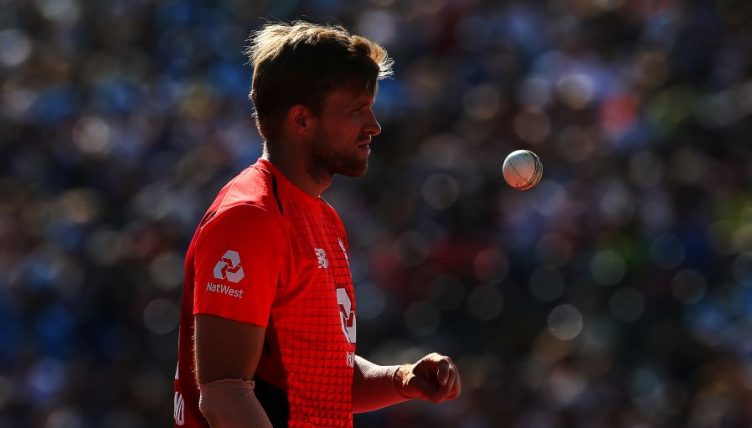 Yes, it’s another new Cricket365 series, in which Alex Bowden notes the things that have happened in cricket recently that you may or may not have seen.

You can read the first two things Alex saw that he wants to know whether you saw on his excellent King Cricket blog here and here.

If you ever make contact with an alien civilisation and you need to help them comprehend the ins and outs of all the various human emotions, I’ve got a bit of advice for you. When you get to incredulity – and I accept that it may take a while before you reach this point – and you need the aliens to know what it sounds like, play them a clip of Sky Sports’ Ian Ward at the start of the first T20 international between West Indies and England.

“David Willey’s going to open the bowling… in an Alice band,” stated Ward, quite accurately, but in a tone that also made it abundantly clear he didn’t 100 per cent believe it was happening.

It was not a dream

No cricketer wears an Alice band if he doesn’t want attention. You don’t scrape the hair from your forehead thinking this will pass unremarked upon. You know Ian Ward’s going to say something. You want Ian Ward to say something.

David Willey, then and now

The first and most obvious thing to note is that like all of England’s one-day pace bowlers, Willey is currently under threat from The Ghost of Jofra Yet To Come. This, I think, is key to understanding the Alice band.

When he first rose to prominence, David Willey was an incredibly eye-catching cricketer. He was a left-armer who didn’t just open the bowling in limited overs matches, he also opened the batting and hit the ball miles.

His bowling’s not particularly exciting any more either. He’s a left-armer and he swings it. That’s about it.

He’s been around a while. We know David Willey. We don’t really know Jofra Archer. Not in the same way – and that’s the problem.

Willey is aware of this. Talking to ESPNCricinfo this week, he said the one-day team had got to number one largely thanks to the same group of players, who’ve been together for a while. “Whether someone should just walk in at the drop of a hat because they’re available, whether that’s the right thing, I don’t know.”

It’s pretty clear that even if Willey doesn’t ‘know’ whether this is ‘the right thing’, he most definitely has an opinion.

So, as I see it, the Alice band is for two reasons.

One, it reminds everyone that David Willey exists and encourages us to look at him with the fresh eyes we’ll be using for Jofra Archer. This means that when Willey takes 4-7 – as he did in his last game – we actually notice.

Two in two and David Willey now has four – the Windies are crumbling again! Darren Bravo edges behind and the hosts are 24-4.

Secondly – and I can’t believe more people haven’t picked up on this – it is quite clearly a Nathan Bracken reference.

Nathan Bracken was an ostensibly nondescript left-arm swing bowler who was ranked number one in one-day internationals and was part of Australia’s World Cup winning squads in both 2003 and 2007 – and he always wore an Alice band.

No way that’s a coincidence.