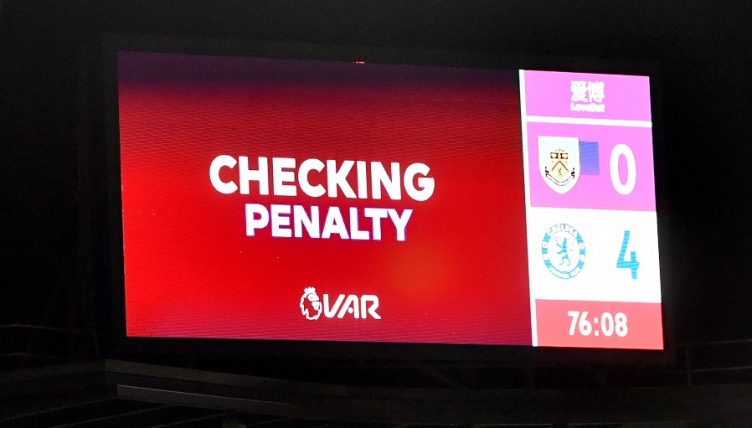 It’s fair to say VAR has received a mixed reaction since its introduction to the Premier League. The technology was supposed to prevent controversy, but so far seems to have had the opposite effect. There are now serious doubts over whether it’s a long-term solution, with many calling for big changes.

This isn’t the case when it comes to cricket’s Decision Review System (DRS), which is now established both domestically and on the international stage. Here are four things the footballing authorities could learn from their cricketing counterparts…

Keeping fans in the loop
One of the VAR’s main criticisms is that supporters attending games have no idea what’s going on during stoppages – a big problem considering delays can sometimes last three or minutes in extreme cases. But this isn’t something cricket fans have to worry about, as they usually get to see the same footage as the video umpire on the big screen.

Most Premier League grounds are equipped for something similar, and such a small change could have a massive impact on the average supporter’s matchday experience. Only time will tell whether the footballing authorities will take action or continue to cater primarily for TV audiences.

Giving video referees a voice
One of DRS’s best features is that video umpires are mic’d up, which means their thought processes can be heard while making decisions.

READ: Who’d be a bowler in the Age of the Batsman? Anyone who’s good enough

There have been plenty of controversial calls in the Premier League so far this season, and part of the problem is that the officials’ side of the story is rarely told. By making another fairly minor tweak, the footballing authorities could reduce this controversy and perhaps even bring about a more consistent standard of refereeing. After all, hearing pundits discuss why certain calls have been made on shows like Match of the Day and Goals on Sunday is getting tiresome.

Covering a wider range of incidents
It’s baffling that VAR can only be used in certain cases when it could give officials much more help. Incidents such as whether a goalkeeper has handled outside the area might seem insignificant, but they can actually lead to game changing moments. In cricket, technology isn’t just used for ‘major’ incidents like LBWs and catches – it also comes into play for ‘minor’ things like boundaries. If the technology is available, why not use it?

Realising sometimes it’s too tough to call
Cricket fans will be familiar with the phrase ‘umpire’s call’, used when an incident is deemed too close for technology to intervene. This principle could work wonders in football – especially when it comes to tight offside calls.

In recent months the Premier League seems to have become less about the action on the pitch and more about drawing lines from attacker’s armpits. Surely it makes more sense to give officials the benefit of the doubt in these cases rather than placing an enormous amount of trust in technology we don’t fully understand yet?