It was unveiled at a “whole game meeting” at Millbank Tower in Westminster.

Thought 1: Don’t launch your new strategy within breathing distance of a place most associated with middle-aged, middle-class white males, when one of your biggest priorities is to open up the game outside this demographic.

Thought 2: Communicating a new strategy should be about telling people, simply and clearly, what you’re going to do. In this meeting, the ECB talked about its unnamed “New Competition” (commonly known as The Hundred). Wouldn’t it have been better to have the name – and for that matter, the teams and sponsors too – ready and reveal it all at, oh I don’t know, the launch of a strategy that is entirely underpinned by it?

Perhaps, by retaining the tournament’s fuzzy anonymity, CEO Tom Harrison is giving himself room outside off to perform a last-minute volte-face and turn the “New Competition” into something else, having realised it’s a total mess. Who knows.

Former England captain Michael Vaughan called out the governing body’s baffling approach last year: “Don’t pose more questions by being secretive. Be honest and open with everybody. What are the ECB hiding from? It’s a game of cricket. It’s not foreign policy or Brexit.”

At least Brexit had a name from the outset.

The rest of the document is as undercooked as an English touring party.

As one of the six priorities, you’d expect an explanation of how the ECB will “transform women’s and girls’ cricket.” Instead, we get: “A detailed action plan will be launched in 2019.”

So this is your “biggest opportunity for growth in cricket”, but there’s no plan? What does this say about your commitment to women’s and girls’ cricket? Will the plan be socialised, and if so who with?

To produce ‘Inspiring Generations’, the ECB claims to have met with 400 people from the “cricket family” – are these the same people from the “whole game”? (who knows) – and analysed “100s of millions of data points.”

Clearly none of these data points were of interest when compiling page 21, in which the lead stat – “95% of current players first played cricket before age 16” – featured at the top of the previous strategy in 2014. Busy five years, guys? 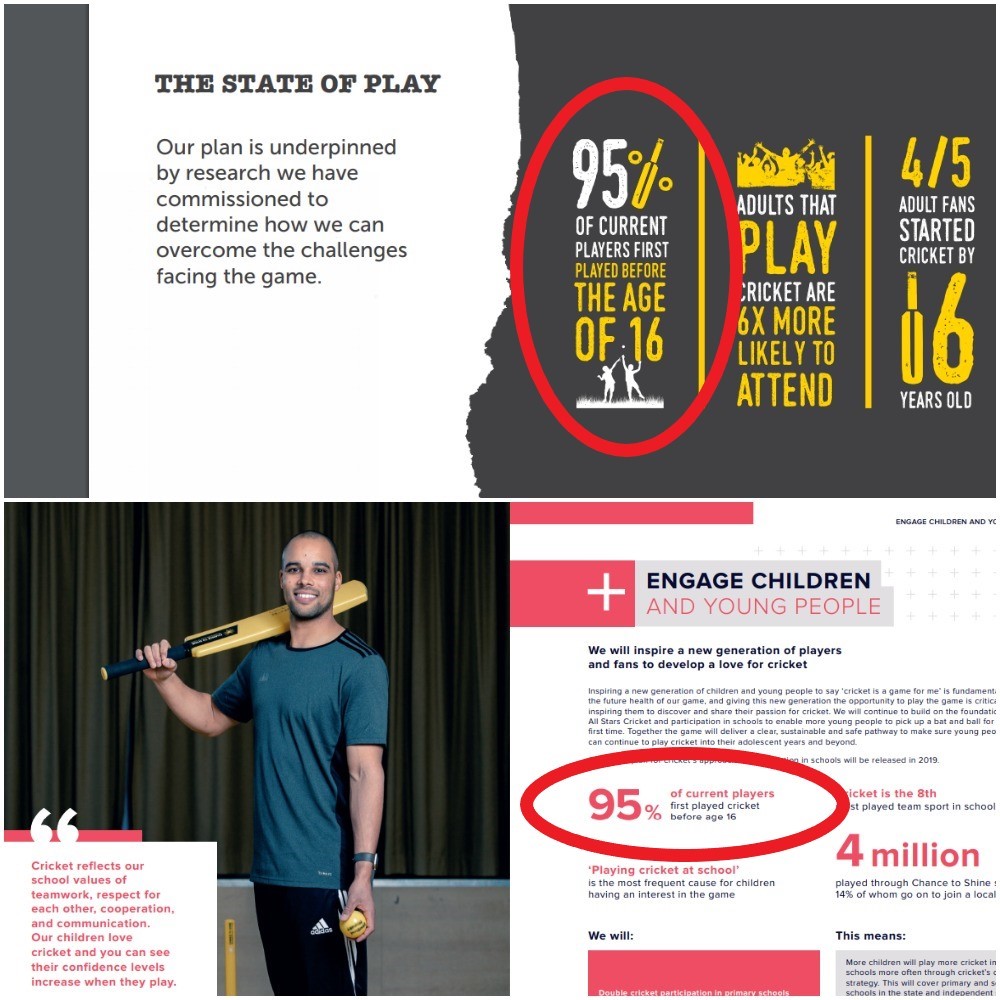 This is either chronically unimaginative or lazy. And, if so much work has gone into schools, why has the figure not gone up?

Most frustrating is how the whole thing misses the bigger picture. The global game is under threat and it needs national boards and the ICC to solve the problems collectively.

Colin Graves even talks about it in his spiel, but why doesn’t Harrison? And why is there no reference to it in the six priorities?

At a time when all of rugby’s powers recently got together in a room, agreeing to invigorating proposals such as a meaningful annual tournament, cricket – a similarly matrixed, global sport – consciously continues to add complexity.

On the fun part of measuring success, it’s no surprise to read in ‘Inspiring Generations’ that “KPIs will be baselined during 2019”, also known as: “They’re not done yet, so for now let’s just put down something woolly that we can manipulate in five years to make it look like we did a good job.” It might be ok if these KPIs were published when completed, but they won’t be.

This lack of accountability is symptomatic of a complacent governing body with no competitors whose backers don’t challenge it enough to show value.

There are also no KPIs at all on the playing side, so does that mean that our teams’ fortunes aren’t important? Who knows.

The picture is no better outside the document. An ECB webpage entitled “how to follow the domestic season” will only have the opposite effect: 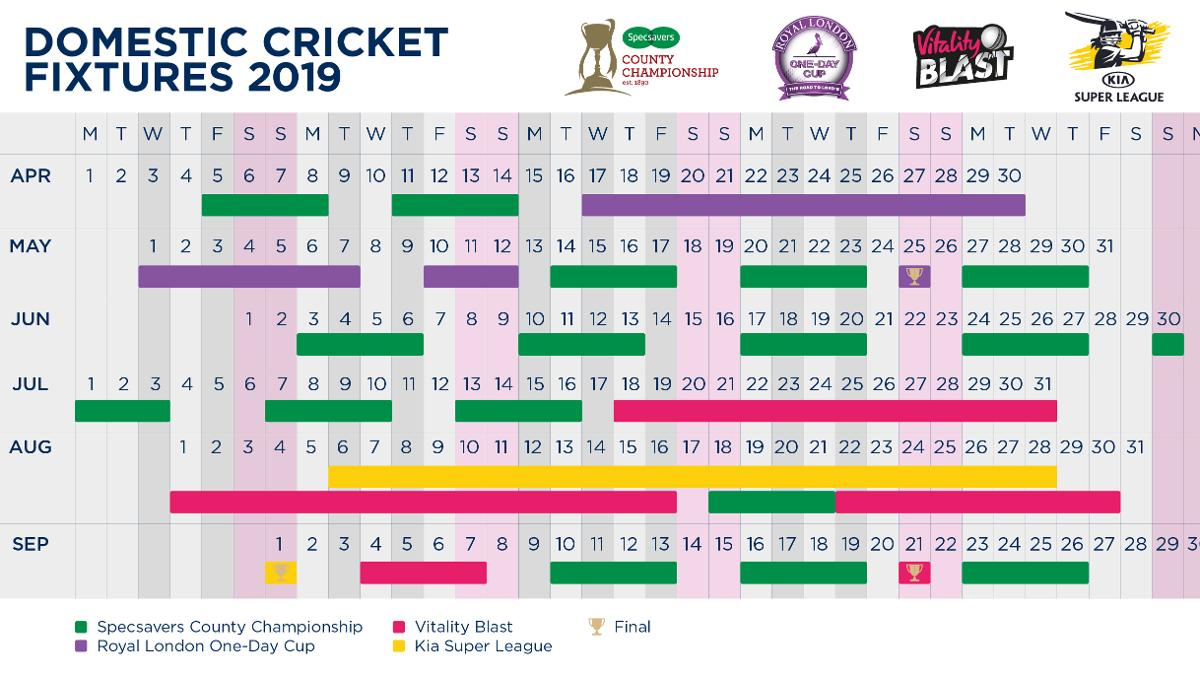 Who knows how healthy the game really is. Harrison says it’s “never been in a better position”, yet also says we’ll be managing decline if this plan isn’t implemented.

The ECB’s last strategy sought to increase participation, yet was laced with talk of how it was the sport for the summer (not the other nine months apparently), so maybe this one is an improvement on that.

But for those who love cricket, it feels like – at a critical time in its evolution – the ECB are making a fair mess of guarding and growing the game effectively.