England conclude a historic summer’s cricket with the future bright 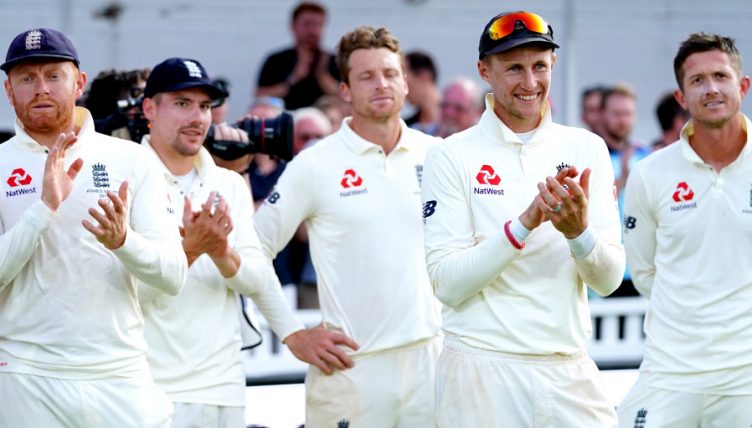 It veered from pulsating to exasperating and had more highs and lows than the Big Dipper, but at the end of what has been a truly magnificent summer of English cricket, England fans can hold their heads high at where their teams have come from, and more importantly, where they are going.

England came into day four of the fifth Test at the Oval with victory and a drawn series scoreline all but guaranteed. Sure, there was the not insignificant dilemma of how to remove Steve Smith still rattling around their grey matter unsolved, but it (usually) takes more than one man to win a Test match and so it proved once again today.

After a brief wagging from England’s tail, Australia were set the mammoth task of chasing down 399 on a crumbling (albeit flat) pitch.

Mr. Warner and Mr. Harris managed to produce Australia’s highest opening partnership of the series. Faint praise when you consider the previous high bar was a paltry 14 runs. Beat it they did, however, but before the bubbly could be put on ice, both quickly departed the contest to this series’ opener-killer – Stuart Broad.

Warner’s seven dismissals to Broad equals a record held by many over a five-match series. One commentator suggested Warner will almost be glad this hellish nightmare of a series is over and we’re inclined to agree. A mercy killing if ever we saw one.

David Warner averaged 9.5 this series. No opener has ever batted as often in a Test series and averaged less. #Ashes

The openers’ failures once again brought the dreaded duo of Marnus Labuschagne and Steve Smith to the crease. If anyone could chase 399 and send England packing with a not-too-unfair-looking 3-1 series defeat, it was these two.

Jonny Bairstow’s future in this Test team will be debated, analysed, then debated some more over the coming weeks. With Roy ejected, England may have a two-way scrap to mediate between Bairstow and Buttler over who occupies the role of England’s luxury specialist batsman at number 6 (or 7 if you’re all in on Foakes’ technique).

Today though, Bairstow reminded us just what a wonderful player he is and how when his back is against the wall, he very often comes out fighting with a game-changing piece of play.

Jack Leach strikes! Marnus Labuschagne overbalances and Jonny Bairstow whips off the the bails quick as a flash! Australia 56-3.

His lightning quick stumping of Labuschagne was something that Buttler would also be capable of doing, and something you’d probably expect Ben Foakes to accomplish at a higher rate of success than the aforementioned duo, but the fact of the matter is Bairstow did it today and he did it well.

With Steve Smith-lite dismissed, all hope seemingly rested on the original model to once again hammer England’s bowlers into submission with non-existent footwork and a twirling blade.

The Oval was a bridge too far for the player of the series today, but when the enigmatic Australian departed for just 23, he did so to the mass adulation of the London crowd. Smith arrived on these shores four months ago with enough baggage to fill Terminal 5 and enough ill-will to satisfy Satan.

The crowd rose as one to applaud the superhuman efforts of Smith in a scene reminiscent of a home-hero retiring after a hundred Tests. Smith has won over cricket lovers everywhere and with his gargantuan series average north of 110, deserves every plaudit he’ll receive plus a dozen more.

Take a bow Steve Smith, what a series he's had! 🙌 #Ashes pic.twitter.com/LsYXp9eu6M

And so it was left to Australia’s forgotten men of the middle/lower order to achieve the impossible.

Mitchell Marsh and Tim Paine both stuck around for a while, but never gave off the impression that they’d be the ones walking off at 6:30pm with an unbeaten fifty to their name looking ahead to stomping on England’s throats on a would-be truncated fifth day.

The honour of chief England-tormentor looked set to be assumed by Matthew Wade, who went toe-to-toe (literally) with Jofra Archer in another classic fiery spell reminiscent of the battle between Archer and Smith at Lord’s.

The ex-BBL teammates exchanged a word or six in the middle as Marais Erasmus bounced nimbly on the balls of his feet like a boxing referee ready to step in at a moment’s notice.

For all of Archer’s fire, Wade resisted, and the diminutive batsmen went on to make a valuable 117 that will cement his place in the Australian middle order for the foreseeable future.

Once his ton has been achieved, however, a carefree aura penetrated what had so far been a steely determination and the opportunities for England soon became more frequent.

It fell to partnership-breaker-extraordinaire Joe Root once more to strike the decisive blow, as the captain tossed up an enticing delivery that Wade in his post-hundred daze simply could not resist. With a lack of contact came a second stumping for Bairstow and the rest, as they say, was a formality.

A stunning catch to end the game!! 👏

The Ashes series is drawn for the first time since 1972.

At points in this series it has been easy as an England fan to believe that the sky was falling and English cricket in the longer format would soon be resigned to the annals of history amid a swathe of mistakes repeated more often than Bart Simpson on a chalkboard.

For every negative, though, there is an equal positive, and perhaps a few more if you’ll allow yourself to be optimistic.

Rory Burns has emerged as a genuine opening option and performed admirably against the greatest Australian attack to land on these shores since 2005. In the not too distant past, the answer to the age old-conundrum of who would open for England looked as hard to grasp as a bar of soap, but now appears to have been 50% solved.

Ben Stokes’ development into authentic Test match batsman continues to gather pace and his presence further up the order will hopefully go some way to preventing the never-ending English problem of collapsing at the merest hint of danger.

Jofra Archer has burst onto the scene and will provide England with the one ingredient they have lacked on a consistent basis since the days of Flintoff and Harmison – genuine fear-for-your-safety pace.

Jack Leach has usurped Moeen Ali to become England’s undisputed number one spinner and if we’re being brutally honest, will provide more threat on both sides of the ball than Moeen has over recent times (Sorry Mo).

England entered this summer with hopes high but expectations tempered. They conclude it with a maiden World Cup success, a respectable drawn Ashes series despite the opposition boasting the premier batsman and bowler, and a bucket-load of positives to take into 2020 and beyond.

A pretty damn fine summer of cricket then, all things considered.