Five of the most spectacular batting collapses in the 21st century 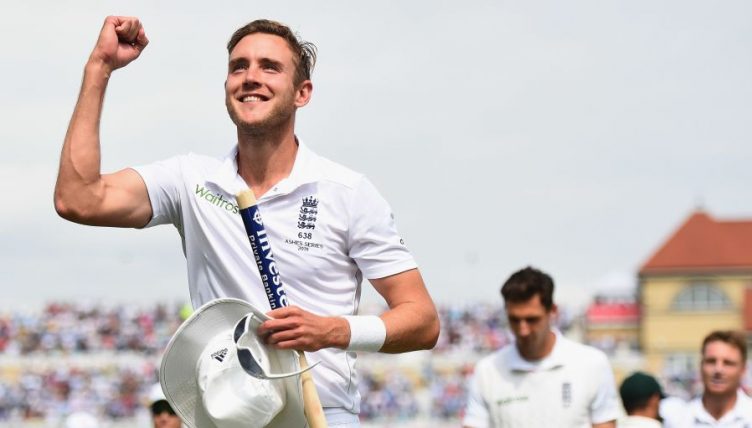 When you think about it, there’s nothing quite like a cricketing batting collapse. The batsmen will be treating the crease like it’s their own back yard with glorious shots up and down the ground, and then, suddenly, all hell will break loose.

Take Sunday’s Big Bash final, for instance, where Melbourne Renegades hit 145/5 off their 20 overs. The Melbourne Stars came in to bat and after openers Ben Dunk and Marcus Stoinis forged a 93-run partnership, it looked a formality that the title would be theirs.

But when Cameron Boyce dismissed Stoinis at the end of the 12th over, all hell did really break loose. The next six wickets were taken for just 12 runs and the Stars finished on 132/7, meaning that – quite remarkably – it was the Renegades who won their first Big Bash title.

If there's a more heartbreaking cricket video in 2019 then we don’t wanna see it #BBLFinal pic.twitter.com/ZnrFKmsp65

Nothing else compares to watching batsmen lose their heads while adrenaline courses through bowlers’ veins with every ball, so to celebrate this great cricketing phenomenon, I look back at five of the most spectacular batting collapses of the 21st century. Enjoy…

In sport, there are countless “Where were you when?” moments, and this is up there with the best of them. Stuart Broad will have no trouble remembering where he was on this occasion, because it was him that took eight wickets for 15 runs on the first day of the fourth Ashes Test at Trent Bridge.

Australia were bowled out for 60! pic.twitter.com/7isd7QiD0W

Broad was no match for Australia, who limped to 60 all out. Taking advantage of a pitch that nipped this way and that, the Nottinghamshire seamer’s 300th Test wicket came when Chris Rogers was dismissed with the third delivery of the day. But no-one could have predicted such an Australian downfall. Three balls later, Broad had the wicket of Steve Smith, who went for six.

Things got worse for Australia, and Broad had his 14th five-for in 83 Tests when Michael Clarke edged to Alastair Cook and the visitors were on 29/6. No-one could believe what was going on. While Chris Wood and Steven Finn also took a wicket each, this famous morning belonged to Broad, whose side went on to regain the urn with victory in this Test – just reward for this magnificent spell.

There aren’t many times when 96 runs are enough to win a Test match, but lo and behold, it has actually happened.

Australia finished on 284 early on in day two of the first Test against South Africa, following Michael Clarke’s 151. But what happened during the rest of the day was insane. There wasn’t just one batting collapse, but two, and an astonishing 23 wickets fell.

South Africa were on 73 when captain Graeme Smith reached 37. From there, the wheels well and truly came off. A score of 73-4 became 96 all out, as the hosts lost seven wickets for 22 runs.

If you thought that was bad, though, Australia’s second innings was somehow worse. They lost all their wickets for 47 runs with Nathan Lyon – the last man to come in – surprisingly the highest scorer with 14 of them. Following the wickets of Shane Watson and Phillip Hughes, Vernon Philander was brought into the attack and, boy, did he have some fun.

Philander took five wickets for 15 runs and got Ricky Ponting, Michael Hussey and Shaun Marsh all out for zero as South Africa humiliated the Aussies.

All in all, it was dismal batting but a fantastic bowling spectacle.

I won’t pretend that batting collapses only happen to Australia, because they don’t. England are guilty of them too, with defeat in the fourth ODI against the Aussies in 2018 a prime example.

England were 3-0 up in the five-match series with Australia looking for revenge. Having won the toss, Australia made England bat and Pat Cummins and Josh Hazlewood immediately skittled through their opponents. Jason Roy went for a duck with the second delivery and after 38 balls, England were 8/5 having also lost Jonny Bairstow and Joe Root for zero.

Chris Woakes’s 82-ball 78 somewhat steadied the ship, but after reaching 196 all out, a 96 from Aussie opener Travis Head set Australia on the way to victory.

As honeymoons go, this one wasn’t half bad for Sri Lanka off-spinner Akila Dananjaya. A day after getting married, he ripped through a good portion of the Indian attack with figures of 6-54 in the second ODI between the sides.

I say a good portion, because this batting collapse was spectacular not only because of Dananjaya’s bowling, but also because India managed to win while their batsmen dropped like flies. Following Sri Lanka’s 236/8, Indian openers Rohit Sharma and Shikhar Dhawan – who we really love – made a 109-run partnership and looked unflappable. But up stepped Dananjaya to take centre stage. He dismissed Sharma on 54 while Milinda Siriwardana got rid of Dhawan after his 50-ball 49, and from there, Dananjaya claimed five successive wickets, including KL Rahul and Virat Kohli for four each.

However, India weren’t done there. MS Dhoni (45*) and Bhuvneshwar Kumar (53*) both remained at the crease and somehow ensured India took a 2-0 lead in the series. After the match, Kohli described it as a “strange game”. I think I’d agree with him there.

After four out of five ODIs in 2017, New Zealand and India were drawing 2-2. But the Black Caps seemed to throw away any chance of a series victory with an abysmal final innings of 79, only nine short of what Kohli himself made as India reached 269/6.

The chaos began after captain Kane Williamson’s departure left New Zealand on 66-4. The remaining six wickets went for 13 runs, with Corey Anderson, James Neesham and Tim Southee all being dismissed in the space of six balls – all for a grand total of zero runs. Quite the collapse, if you ask me.

As batting collapses go, these players weren’t the first – nor will they be the last – to go through one. But their toil has made for some pretty great memories, that’s for sure.