From the sublime to the ridiculous – World Cup graphics deconstructed 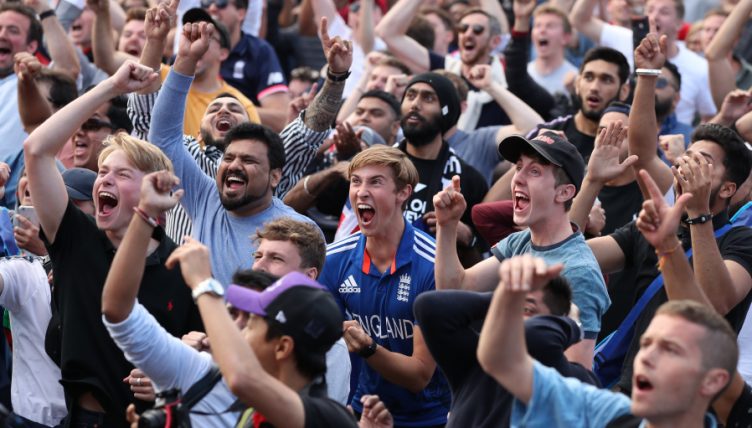 Calmed down yet? Me neither. Something to read between watching the endless replays of that last ball set to Titanic music or the reaction in Trafalgar Square.

Run-rates, strike rates, bowling speeds, six distances and win predictors – on-screen graphics that we didn’t know we wanted but would now be lost without.

As this @CricViz graphic shows, Glenn Maxwell is playing a different sport in the first 15 balls of his innings. Nobody else starts as quickly as Maxwell in this tournament. #CWC19 pic.twitter.com/c618uskagH

The will to further improve the viewing experience for those of us watching the Sky Sports coverage of the cricket this summer was welcome, often successful, but sometimes misplaced. Here’s the best and worst of it.

Who’s the best? Martin Guptill is a demon in the ring (fielding ring – although he’s got a decent uppercut…) and Ravi Jadeja is the best all round fielder – we know that now. Who’s worse? A pot-bellied Malinga? Or Oshane Thomas? He can barely put one foot in front of the other.

The number of runs a fielder saves must involve a level of subjectivity and this only adds to the joy of seeing those statistics flash up on your TV. Someone, somewhere (probably more than one person) must be doing the donkeywork, tapping a plus or minus button on an iPad to record the number of runs saved or lost by each fielder.

The stats should be used more, if anything – a team’s collective runs saved or lost at the end of the game or throughout the tournament could be shown. Most will have a pretty good idea as to who the best and worst fielding teams are. India are good, West Indies mercurial and Afghanistan are bad – but how does each team compare to the other? How good would that have been in the final? Did England save more runs than New Zealand? Could it have been one…?

As well as his performances with the ball, Chris Woakes has been excellent in the field this World Cup. @CricViz fielding measurements suggests that he's saved 22 runs with his fielding across the tournament. #CWC19 pic.twitter.com/mfMTqzFyUZ

You may have missed these. Missed as in missing a train rather than a deceased relative.

You didn’t miss anything at all, you just may have been too late to see them. The ICC and Sky Sports clearly came to their senses and did not include the on-screen ‘game plans’ in the tournament’s latter games – the coverage was the better for it.

Who thought that pearls of wisdom like “Get Kohli out”, “Increase run rate” and “Keep wickets in hand” would add anything to the viewing experience? I understand the will to make the viewing experience more accessible, but surely this can be done in a way that isn’t quite so inane and frustrating.

This isn’t the cutting-edge analysis we have come to expect. I want Simon Doull to highlight the intricate differences of Jasprit Bumrah’s wrist position – but the New Zealander’s response to the ‘game plans’ in one game summed up his thoughts: “They’re looking to reduce the run-rate – well you didn’t need us to tell you that.” Spot on Simon.

Who is actually coming up with the ‘game plans’? It feels like a child has been sat down with a DK Eyewitness book of cricket and told to give it a go. They can’t be coming from key figures in the dressing rooms. As brilliant as the thought is of a fresh-faced Sky Sports runner bugging Micky Arthur for his game plan amid Pakistani wickets toppling, only to arrive back in ‘game plan HQ’ pale-faced and covered in Arthur’s old coffee: “He says to stop losing so many f*****g wickets,” – Ok we’ll put that in.

For those responsible – keep trying. It’s not that we don’t appreciate the effort but next time before you act just think WWDD – what would Doull do?