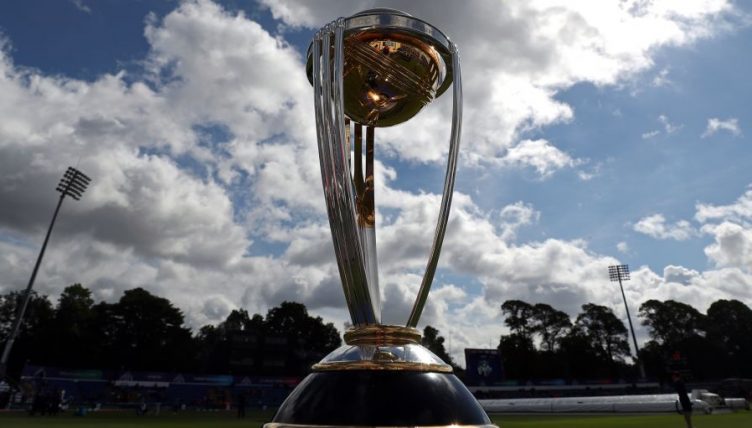 Sport is about moments. You just have to watch any sporting show’s intro to see that.

You’ll be hard pressed to find football programming on Sky Sports that doesn’t include Martin Tyler’s famous “AGUEROOOOO!” line in its video package, as Manchester City secured their first Premier League title in the eleventh hour.

When the stage is the biggest and the lights the brightest, cricket has a tendency to produce moments that can range all the way from infamous to inspirational.

From the sublime to the ridiculous, these are the selections that comprise Will Ford’s most unforgettable World Cup eleven.

Waugh was 50 not out and looking to be the backbone of the Australian innings, as he so often was. Gibbs caught the ball, began his celebration by throwing the ball into the air and the ball dropped seemingly innocently to the floor. He was deemed not to be in control of the ball and Waugh was given a reprieve. Waugh went on to score 120 not out to win the game for Australia with two balls to spare.

In fact, the famous phrase belongs in the canon of other famous misquotations, alongside “Play it again Sam”, “Let them eat cake” and “Houston we have a problem”. Waugh did say something to Gibbs, but it was far more prosaic than the quote that went down in cricketing folklore.

Waugh didn’t limit his talking to just on the pitch. In the four days between this group game and the famous tied semi-final featuring the same teams, his words took on a more spiteful tone. “I wouldn’t want to be in Gibbs’ shoes,” said Waugh. “You put yourself on the line and he made an error. I hope it plays on his mind.”

Too much maybe? Not for the Aussies. This was the peak time for Australia’s ‘win at all costs’ mantra that led to three consecutive World Cup trophies.

Turns out not all Australians are cheats. Adam Gilchrist wasn’t. He bucked the trend as he left the field without being given out against Sri Lanka in the 2003 semi-final. He knew he had edged the ball to Kumar Sangakkara, so ‘walked’.

The idea of walking has near enough left the game at international level with DRS allowing captains to question decisions made by the umpires – but at that point it was considered the “right thing to do” and in-keeping with the ‘spirit of cricket’.

Gilchrist was at that point, the most dangerous batsman in the one-day game. He was ‘Jos Buttlering’ before ‘Jos Buttlering’ became a thing. His was the prize-wicket and everyone knew it. With the umpire shaking his head following raucous appeals from the Sri Lankans, Gilchrist took it upon himself to leave the field.

I can imagine the welcome as he got back to the Australian dressing room – “You f****** drongo.”

There are often debates in sport as to how players from a different era would fare in the modern day. If you were to place the Bobby Charlton of 1970 into the Manchester United line-up now, how would he get on? Probably not well. The superior professionalism and advances in general fitness, sports science and nutrition would mean poor Bobby would have his work cut out.

That is not a feeling you get when you watch old footage of Sir Vivian Richards. He had the ability to bludgeon the ball to all corners of a ground while maintaining an air of humility and grace – he would command record prices in any modern-day franchise cricket.

In the first World Cup final in 1975, it was not his batting, but his athleticism in the field that draws favourable comparison to his modern-day counterparts. Richards won the World Cup by running out three Australian batsmen who dared to test his speed of body and accuracy of arm. This in a time when fielding was seen as a “jolly good bonus” rather than the difference between winning and losing.

The reverse sweep. I think I’ve played the shot two or three times but must have thought about playing it a hundred times. More often or not my ‘shoulder angel’ outdid the ‘shoulder devil’ in persuading me to take a lower risk option. Unfortunately for Mike Gatting in the 1987 World Cup final against Australia – the devil’s argument proved more compelling.

Building a good partnership with Charles Athey and on course to chase down Australia’s target of 253 he was caught by the wicketkeeper attempting the reverse sweep – a lesser-spotted cricket stroke in those days. It’s hard to draw a comparison with modern day cricket as no shot at any time is deemed reckless now. A ramp shot in the first over? Sure. A ‘helicopter shot’ with one wicket left? Why not.

But Mike Getting was vilified in the press for a brainless act that cost England the World Cup. It wasn’t brainless – he certainly thought about it. It’s just that the devil on his shoulder won out on this occasion – “Go on, do it Mike – what’s the worst that can happen?”

Surely a pub quiz answer to remember. Who scored the fastest ODI century? Chris Gayle? Adam Gilchrist? Jos Buttler? Nope. Kevin O’Brien – ‘The Butcher’. That’s not his nickname, but it should be – he’d look more at home behind a counter of sausages and prime cuts of beef. Instead he was ‘butchering’ (sorry) England’s bowlers to all corners of the ground in Bangalore at the 2011 World Cup.

England looked like comfortable winners before he came to the crease. They had scored 327 and had Ireland on the back-foot, reducing them to 111-5 by the 25th over.

Enter ‘The Butcher’. He scored the fastest ODI World Cup century of all time in just 50 balls and Ireland met the target with an over to spare. England fans hung their heads in shame while Irish fans shrugged their shoulders and thought what a strange game of Hurling it was they were watching.

Never has the weight of pressure on a sporting team been greater than on India as they hosted the 2011 World Cup.

They had a star-studded lineup, were on home soil and hadn’t won the tournament since 1987. The old hands, Tendulkar, Sehwag and Zaheer Khan, plus the youthful exuberance of Virat Kohli, all under the watchful command of ‘Captain Cool’ MS Dhoni.

They were up against a Sri Lankan team with their own legends of the game propelling them through the tournament. The final looked like it could go either way until Dhoni came to the crease. He was by this point well renowned for his ability to chase a score. He scored 91 from just 79 balls.

The way in which he finished the game with a six straight over the bowlers head into the stands in Mumbai still makes the hairs stand on end. Bedlam ensued in the stadium and in the 67 million households watching across India as ‘The Finisher’ stood and admired his shot, swiveling the bat over his head as if to say: “Pressure? What pressure?”.

“Here he is, the big man, the fridge has opened. He’s flown like a gazelle.” The commentary as Bermudan heavyweight Dwayne Leverock leapt at slip to catch Robin Uthappa at the 2007 World Cup.

The world was shaken both metaphorically and literally as the 20-stone prison officer plucked the ball from the air and landed with a thump to leave cricketing powerhouse India reeling, briefly. Could they do the unthinkable and beat Tendulkar’s India? No. They ended up losing by the biggest margin in World Cup history.

But who cares? Not Dwayne. I smile when I think of him leaning against the bars of a prison cell, regaling the inmates with the story of his World Cup catch. The inmates rolling their eyes as they hear it for the hundredth time. “Did you know, I also got Yuvraj Singh out?” “Yes correctional officer, sir.”

Kenya’s Aasif Karim was 39-years-old when his spell against Australia had the favourites and reigning champions on the ropes in 2003. His slow left arm ‘tweakers’ ripped through the Australian middle order as he finished with figures of three wickets for seven runs from his eight overs.

He was only included in the World Cup at the last minute after the chairman of selectors performed a complete U-turn. He begged him to return to the Kenyan national team, having suggested he should retire four years earlier.

It was the 23rd year of Karim’s career. Before that day, virtually no one in the world knew he played cricket. No one really knew that his nation played cricket. It was his day and his team’s tournament – they became the first non test-playing nation to get to the semi-final of a World Cup.

Karim also represented his country in Davis Cup tennis while running his own insurance business back home – I wonder who will play him in the movie?

Imagine being the non-striking opener and seeing three batsmen come and go without facing a ball. That was the reality for Mohammad Al-Sahariar as he watched Chaminda Vaas rip through the rest of the Bangladeshi top order on his way to a hattrick with the first three balls of the game in 2003.

There’s got to be a name for that. If a batsman gets out on the first ball of the innings it’s a ‘royal duck’ – often confused with a diamond duck (out without facing a ball). The term derives from a match in 1866 when the then Prince of Wales opened the batting and was dismissed with the first ball of the game.

So I’ll call it a ‘royal hattrick’ – arise King Chaminda. He took 49 wickets across four tournaments in all – the fourth best record in World Cup history. Quite the dynasty.

The showpiece game of the 1996 World Cup – a quarter-final between India and Pakistan in Bangalore. Saeed Anwar and captain Aamer Sohail got off to a blistering start chasing India’s 287. Adrenaline flowing and palpable tension on and off the field.

Sohail dismissed a short ball by Prasad through the offside and openly lampooned the Indian seamer, as if to say: “Go on – fetch that”. He tried to repeat the shot on the very next ball, only to be comprehensively bowled. A charged up Prasad pointed to the pavilion as he ran past him and politely advised him what to do: “Go home, you f****** bastard”. And he did – Pakistan were eliminated, falling 40 runs short of India’s total.

The last ball of a group game between the West Indies and Pakistan in 1987. Pakistan require two to win the game. Courtney Walsh stops in his delivery stride as the non-striker is out of his ground – trying to steal a few yards.

The perfect opportunity for a ‘mankad’. But where Ravichandran Ashwin took the opportunity to run-out Jos Buttler at the non-strikers end in the IPL this year, Walsh refused: “It was something I couldn’t do. In the schools I grew up in the ‘spirit of the game’ was very important. I don’t regret it – I would do the same again.”

Pakistan got the two runs and West Indies missed out on a semi-final place as a result. Walsh knew that winning games of cricket is great, but the game itself is more important.

You never can tell when there will be that memorable moment in a game of cricket – but with the uncertainty of when those moments will occur comes the certainty that one is just around the corner.

You can read Will’s article on the Cricket World Cup’s controversial XI here.