‘He’s in bed with my sister’: Six bizarre cricket absentees 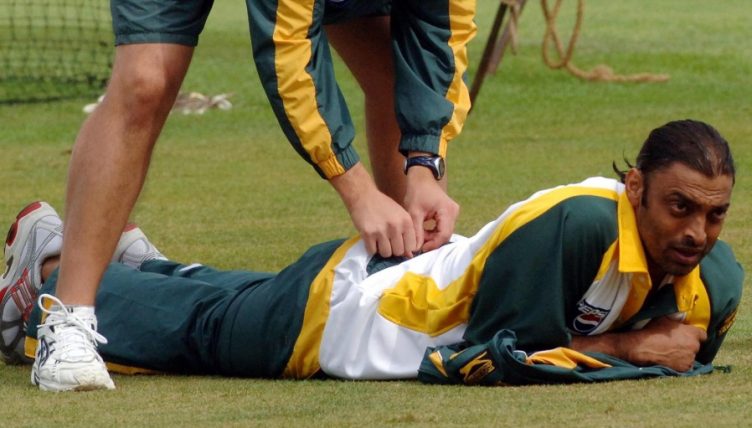 1. Hardus Viljoen – Consummating a marriage
Faf du Plessis arrived in the middle for the toss and was asked to provide the Paarl Rocks team news ahead of the game…

Faf Du Plessis: “One change. Hardus Viljoen is not playing, he’s lying in bed with my sister, they got married yesterday.”

“Hardus Viljoen isn’t playing, he’s lying in bed with my sister, they got married yesterday, so…”

The Paarl Rocks beat the Giants in Viljoen’s absence, who was definitely winning that morning anyway.

2. Don Topley – Spring-loaded letterbox
Reece Topley’s dad, Don, played cricket in an era when professionals had to supplement their income through a variety of jobs in the off season.

The Essex fast bowler was a postman and missed the start of the new season after breaking his fingers as a spring-loaded letterbox snapped back on to them. Topley blamed his absence from Essex’s first team for the next few months on the postage mishap, but other sources claim he simply wasnt delivering… (sorry).

3. Shoaib Akhtar – Wart the f***?
You would make something else up wouldn’t you? A pulled hamstring, toothache, even diarrhea would be better than the truth – that Shoaib Akhtar missed the 2009 World T20 finals because of genital warts.

The Pakistan Cricket Board (PCB) genuinely issued this statement:

“Shoaib was diagnosed with genital viral warts and underwent a course of electrofulguration treatment – a procedure where electrical current is used to destroy unwanted tissue.”

Intikhab Alam of the PCB had grown weary of Akhtar’s tumultuous Pakistan career and made the statement in front of the cricketing world’s media. This was revenge – Alam was sick of the Rawalpindi express’ maverick behaviour so gave the media the gruesome facts… warts and all.

4. Ted Dexter – Run over by himself
Less amusing than the other absentees at first and last glance, but maybe not at second. Being run down by a car is no laughing matter and the recount of him “lying there with blood pouring out of his leg” should destroy any element of light-heartedness from the tale. But the fact that it was his own car does make that difficult.

In 1965 when Dexter’s Jaguar ran out of petrol, he decided to push it to the nearest garage, but lost control and had his leg pinned against a factory gate.

Dexter was England captain but never played for his country again. If you still find that funny, shame on you.

5. Runako Morton – How many grandmothers do you have?
The aggressive West Indian Test batsman was allowed to return home early from Sri Lanka during the 2002 ICC Champions Trophy, reportedly upset because his grandmother had died and he wished to attend the funeral. But it turned out that one grandmother had died 16 years earlier and the other was alive and well in Antigua.

Forever the family man, Morton later stabbed his own cousin (true), but missed the court date because a fourth grandmother had snuffed it on the eve of the trial (unconfirmed).

6. Billy Midwinter – Kidnapped by W. G. Grace
Midwinter was picked to play for Australia at Lord’s in 1878, but Gloucerstershire captain W.G. Grace found his team one man down on the same day against Surrey. The answer? Kidnap Midwinter – who had abandoned his county side to play for the old enemy. Grace assembled a snatch squad consisting of ‘Frizzy’ Bush and ‘The Coroner’ to “persuade” Billy to reconsider where his loyatlies lay.

Billy was bundled into a carriage and taken back to the Oval, where the Gloucester lads came out on top in an “unhappy altercation” with the Australians who had followed them, which presumably involved plenty of fistycuffs and “why I oughta’s”. W G later described the Aussies as “a damn lot of sneaks”, though the England great should probably question whether kidnapping could be deemed a little crafty before pointing the finger in their direction.