How searing pace transcends the game 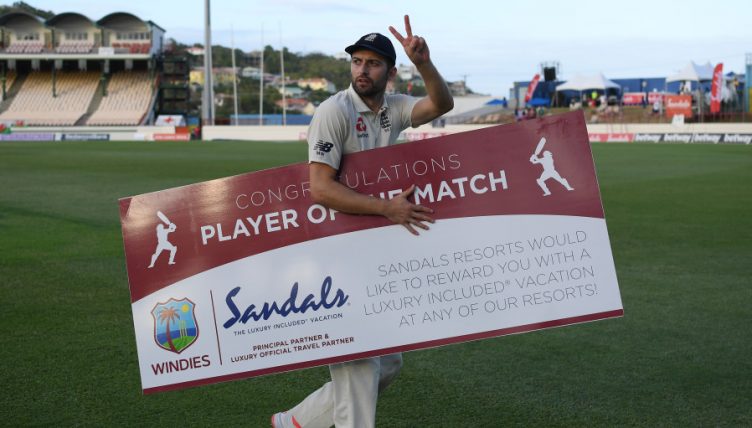 The series had been decided, the opposition’s leading player was suspended, and the prospect of a gloomy six-month wait until The Ashes loomed large on the horizon. Up stepped Mark Wood. Up stepped 94.6mph Mark Wood to be exact.

What followed was a spell of fierce, hostile and most importantly, blisteringly quick fast bowling that set the third Test alight.

By the end of his first over, Wood had already taken two wickets. Shai Hope and Roston Chase were the unfortunate souls to find themselves in the right place at the wrong time. The hat-trick ball had to wait until his next over but when it came, it whistled past the bat of Shimron Hetmyer at 94.6mph.

By the time the West Indies had succumbed to a match defining 154 all out, Wood had all-but secured his starting berth in this summer’s Ashes in one fell swoop.

The pundits went weak at the knees over the spell. From the straight-laced box tickers on Test Match Special, to the swathe of ex-England captains on Sky, everyone who is anyone in the game marvelled at what we had just witnessed.

But why was this so different to any other spell of hearty wicket plundering we’ve seen in recent times? After all, Wood’s final figures were only 5-41 at an alarmingly expensive economy rate of 4.92. Pace. Raw, unadulterated, heart-stopping pace.

Something about truly quick pace bowling captures the imagination and attention of the viewing public like no other. Perhaps it is in the knowledge that bowling at those breakneck speeds is something that very few have ever been capable of doing.

Most of us can only dream of being a professional cricketer, but even the majority of professional fast bowlers currently plying their trade can only aspire to bowl a ball in the mid 90s. It was telling that as Wood cranked his speed up, an audible murmur developed in the crowd. Those enjoying a lazy day out at the cricket were sat bolt upright in their seats, eyes firmly fixed on the square in a staunch refusal to miss this box-office occasion.

Some of the greatest batsmen of their generations have described facing express pace as a “battle for survival”. Whilst that may sound like a classic case of sporting hyperbole, it isn’t so far from the truth. A direct hit at those speeds can break bones, concuss a batsman or on some truly tragic rare occasions, even worse. It is this sense of peril, this sense of inherent danger that creates such an otherworldly buzz about elite pace bowling.

The fastest bowlers in history have reserved a special place of reverence in their countries’ cricketing folklore. Shoaib ‘The Rawalpindi Express’ Akhtar, Allan ‘White Lightning’ Donald and Jeff ‘Thommo’ Thomson are all held in higher regard than bowlers who have taken more wickets, or have a superior strike rate or average for example. Ask an Australian who he remembers more fondly, Jason Gillespie or Jeff Thomson, then look at their statistics. Their response says it all.

‘Gun-checking’ is a fairly recent phenomenon in Cricket’s very distant cousin, Baseball. It is the act of not only the fans, but the players themselves turning to the scoreboard to check the speed-gun’s velocity readout of the previous pitch.

I, like many others around the world found myself ‘gun-checking’ Mark Wood’s deliveries. 92 mph, 93 mph, 94 mph, 95 mph. I was captivated. Searing pace had once again transcended the game.