Left a bit, right a bit: why aren’t there more ambidextrous cricketers? 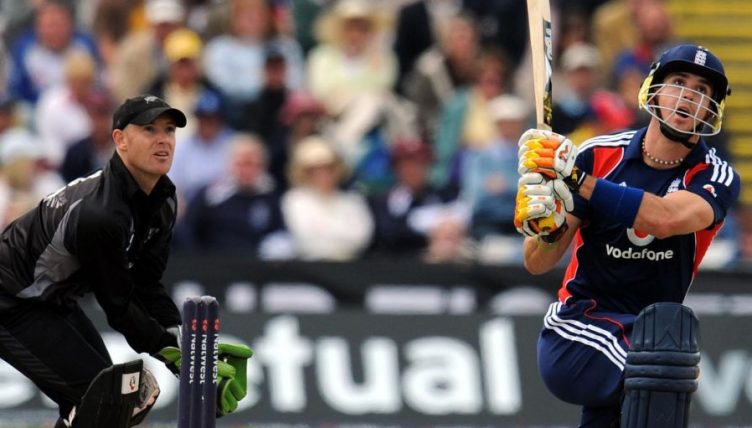 I’m one of those weird people who are a little bit right-handed and a little bit left-handed. I bat and kick with my right, but bowl, throw and write with my left.

Being a lefty used to be frowned upon when I was a kid, so much so that in Infant school I was regularly slapped on the head by a teacher for writing with my left and told it was wrong.

Looking back on this, I can’t see why anyone ever cared about it. Did she think it was some sort of witchcraft? It made no difference, of course, I simply couldn’t write with my right and being an ornery little sod, I wasn’t about to be beaten into doing so. Rather, it entrenched my determination not to.

Which way you’re “handed” has a huge effect in life. Your innate bias for having something set up a certain way bleeds in everyday life. As a teenager I discovered could never snog on a sofa with girlfriend unless I was on the right. Think about it. You like to go one way far more than the other, don’t you? I need my right hand free for what the band Journey once memorably and creepily called lovin’, touchin’ and squeezin.’

I could do it from the left, but it never felt comfortable and I wasn’t confident it would produce the desired results. I had to lean in from the right. Even now, I sleep on the right side of the bed and being on the left would feel profoundly unsettling.

I have absolutely no chance of batting left-handed and being able to hit the ball. Yet I could no more bowl with my right hand than with my right foot. I’ve always wondered if this was in large part laziness, or actually lack of non-violent encouragement or training. If I’d concentrated from an early age on being ambidextrous, maybe I could’ve become quite proficient.

There are precedents in sports for this. In football there are players can kick as well with both feet. They seem to achieve by a mixture of innate ability and practice. While you might never be quite as good with your weaker foot, you can still be very good with it.

So here’s my question. Why are there so few bowlers who bowl with both hands? Why are there no batters who bat both right and left-handed? Surely, being able to do that would be a massive asset.

When I played a bit of local amateur cricket in and around Harrogate in the early 1990s, I knew a lad who could actually bowl with hands. He was directionally better with his right, but could almost sling it with his left well enough to bamboozle a surprised batter. If anything his left was more dangerous because it came from such an unexpected angle, even though it could be wayward. He would constantly mix it up so no-one had any clue what the next ball would be. Sometimes he’d hold the left back for five balls, and bowl it on the sixth sometimes he’d bowl five left and one right. The effect was fundamentally destabilizing. Because at amateur level he didn’t have to indicate he was going to do this – if only because no-one had heard of anyone doing it before – and could just let it go on the spur of the moment, it was quite the secret weapon.

You must inform the umpire who will then tell the batter, so you lose the surprise element, but even so, it means a batsman must keep his wits about him at all the time

It has been very occasionally done in the professional game Kamindu Mendis, the Sri Lanka all-rounder can bowl with either arm, sending down both offbreaks and slow left-arm.

In India, Akshay Karnewar was a finger-spinner who could use both hands. Yasir Jan, in Pakistan is also ambidextrous. I’m told Graham Gooch could deliver with both hands too, though to what effect is less clear.

However, the rules do not make informing anyone of your intention to change a stipulation if you are batting. So you can take guard either way, or switch hit mid-delivery in the KP style. Given that a bowler sets a field for you on the basis you are a lefty or righty, if you are ambidextrous you can basically destroy how the field is set up at any given moment by swapping sides as the bowler approaches. And when the opposition captain and bowler know you can do this, how on earth do the set up for the next delivery? Do they set the slips, left or right? They’d have no idea what the hell you were going to do. The effect would probably be to set an even and quite conservative field.

Given the obvious advantages being ambidextrous offers, it is really surprising that it isn’t routinely encouraged and coached from an early age in order to unearth those who have a talent for it.

Maybe some will never be able to do it, but it seems likely that people like me who are not wholly left or right could be developed to use our weaker side as a special weapon, or at least as long as you don’t try to achieve this by clouting me on the back of the head.