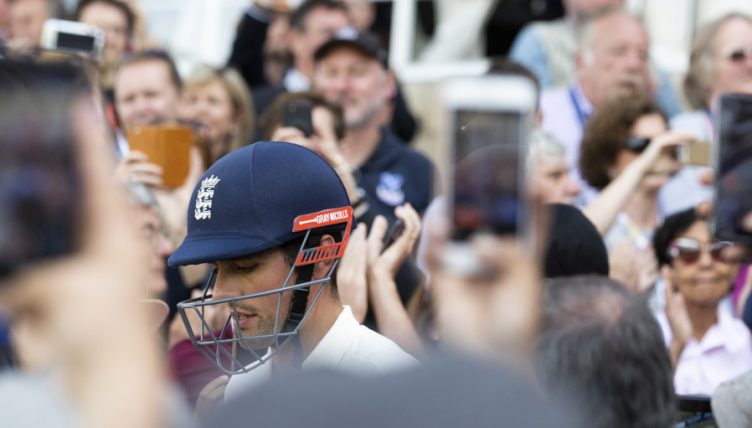 Legendary New York Yankees catcher Yogi Berra in his trademark inimitable style once famously quipped: “Baseball is 90 percent mental. The other half is physical.” Ignoring the obvious mathematical inaccuracy, the prevailing point often overlooked amid giggles was that for a sportsperson, it’s all in the mind.

Cricket, more than most sports, probes at a player’s mental deficiencies. Perhaps it’s the fact that you have 30-40 seconds of dead space between deliveries with little else to do but agonise over your imperfect weight transfer after flashing at a wide one. Or perhaps it’s because of the very real fear that the bloke steaming in at the other end could leave you black and blue if you fail to recognise the length quickly enough. Whatever it is, cricketers have enough to think about before they even begin to comprehend the mental minefield that is social media.

The very structure of most platforms lends themselves perfectly to indiscriminate heckling. It’s ingrained in a human’s psyche to vocalise their frustrations more frequently than they vocalise their joy.

So when Player A drops a dolly or Player B holes out attempting a shot the situation most certainly did not require, the chap in the middle receives a torrent of cyber abuse so demeaning it can be enough to make him question his technique, ability and everything inbetween.

Sure, criticism has always been a part of the game and there have been those that have buckled under its weight in the past.

Mark Ramprakash gave a brutally honest and commendable insight into his own mental struggles in Sky Sports’ excellent Mind Games series. But the attention and pressure a sportsperson receives in 2020’s world is magnified tenfold.

That’s why Australian coach Justin Langer insists that the first piece of advice he would give any aspiring sportsperson would be to disregard social media entirely.

Langer, now 49, played the vast majority of his career without the dizzying distraction of social media. His coaching career, on the other hand, has played out almost entirely while Facebook, Twitter, Instagram and co. have been one tap of a touchscreen away.

His generation-spanning career and miraculous turnaround of Australian cricket from scandal-ridden rock bottom to Ashes conquering pride of the nation ensures his words carry weight. And what he said in a frank and revealing interview with Aussie broadcaster Nick McArdle should be taken on board by all burgeoning sportspeople everywhere.

When asked what reaction he was expecting to the recently televised docuseries detailing Australian cricket’s rebuild, Langer told the Playmaker’s Playbook podcast: “People are going to see a whole new world and a whole new side to people.

“Mitch Marsh is one of the most maligned players in Australia for example.

“For all the people that jeer and boo him, if you knew him, he would be your best mate. He is everyone’s best mate; everyone loves Mitch Marsh and yet he’s so polarising in the public.

“He’s even said it himself: ‘I’m the most hated sportsperson in Australia’, but if you knew him, he is the most ripping bloke of all time.

The docuseries – The Test: A New Era for Australia’s Team – has received universal acclaim, with Langer in particular being praised for his outstanding leadership coming off a time when leadership in Australian cricket was non-existent.

Host McArdle noted how it speaks volumes about fans who anonymously judge people and players without having even the faintest idea about who their target actually is off the field or what they stand for deep down.

Langer’s role with the team simply reads ‘coach,’ but unofficially he is so much more. Father figure, amateur psychologist, motivational speaker, Langer’s methods have ensured his charges are winning the mental battle all sportspeople must tackle before they can even begin to consider succeeding on the pitch.

“One thing about mental toughness is about eliminating mental distractions and concentrating on what’s important,” continued Langer.

“What’s not important is being influenced by people you don’t know and them having an effect on how you think about yourself. It’s very, very hard to master that, it takes a long time.

“Especially with young athletes who haven’t yet grown the thick skin that we have over the years and the ability to be able to deal with people’s opinions of you. I’ve had it my whole life, as a player and as a coach, but it takes a lot of time.

“If I could give any young sportsman some advice, the first thing I would say is stay off social media.”

When cricket eventually returns, fans across the globe will rejoice at being able to see their heroes in action once more, but the inevitable torrent of online abuse will be just around the corner for those unwilling to take Langer’s advice the instant a brief mental lapse costs them their wicket.