Home Features Monty Panesar went on Celebrity Mastermind. What happened next will shock you

Monty Panesar went on Celebrity Mastermind. What happened next will shock you 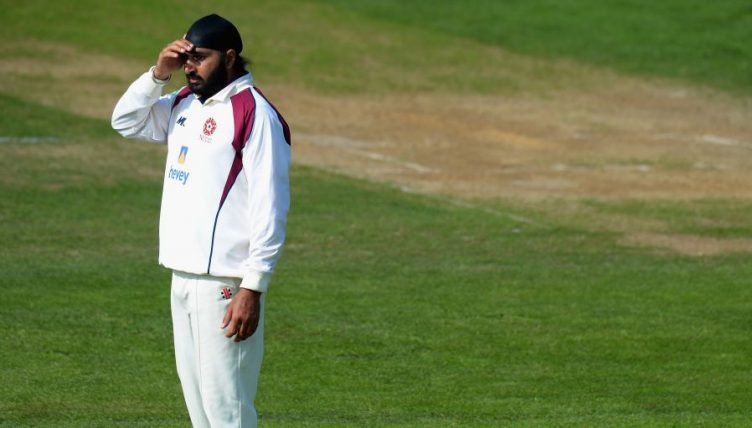 Monty Panesar was a bloody good cricketer. We’re pretty much resigned to the past tense now, but there it is.

He won Test matches for England. He took nine wickets on his Ashes debut. He played two Boxing Day Tests in front of 100,000 people at the MCG. He batted that excruciating, ridiculous, joyous hour with Jimmy in Cardiff to earn an unlikely and series-shaping draw against Australia.

Remember all those things when considering how totally and utterly he fell apart when he went on Mastermind. That black chair and Captain Gammon himself John Humphrys are officially way more intimidating and pant-soilingly scary than silly old Test cricket.

Things started okay for Monty. He scored six on his specialist subject, Sikh Religion and its History. Not great, but solid enough. Four points off the lead. Certainly no shame there. Way more than we would have got. He made the rookie mistake of asking for a long and wordy question to be repeated as the clock ticked down, but he’s not the first and won’t be the last to fall into that trip.

Then it was the general knowledge round. And… oh my. You can watch the whole thing on iPlayer here or just enjoy the highlights.

Now let’s dive deep and go through this forensically, question by question, because it’s quite something.

Question: Who are the two greatest spinners of all time?

A confident and correct answer there. But sadly this was mere pre-quiz chit-chat and earns Monty zero points. Harsh.

Question 1: How many pockets are there on a full-size snooker table?

Question 2: Which sign of the zodiac is represented by a crab?

Early warning signs. There’s a pretty big clue in the word Scorpio to suggest that it probably isn’t going to be a crab. But astrology, though? Load of old bollocks. Almost a badge of honour to not know what any of that shit’s about.

Question 3: What is the title of AA Milne’s stage adaptation of Kenneth Grahame’s children’s novel The Wind in the Willows?

Harry Potter and the Wind in the Willows. Alarm bells.

Question 4: Henry VIII had three wives called Catherine, two called Anne and another who died shortly after she gave birth to the future Edward VI. What was her name?

This is a classic bit of Mastermind tomfoolery, filling the question with extraneous information designed to befuddle and confuse. Monty’s answer is wrong, but it’s not Harry Potter wrong. Our man has simply been bamboozled as he himself bamboozled 167 Test batsmen, but with words rather than spin and flight. Essentially: no shame here.

Question 5: What is the standard international unit of absolute temperature, it is indicated by the letter K?

Again, nothing wrong with not knowing this, but when you’ve shown yourself willing to take the sort of punt represented by ‘Harry Potter’ you’d surely just say any word beginning with K here tbh.

Not great, and real signs now of mental disintegration. Plus, standard quiz protocol dictates that the answer to any question about city states is always Singapore or Monaco. Still, though, we remain in the realm of Just About Understandable Wrong Answers. But not for long…

Question 7: Birds described as ‘pelagic’ spend most of their lives flying over what?

It says much for what is to come that by the end of your first viewing (and there will be second, third and fourth viewings) you will have completely forgotten about this astonishingly surreal yet in another sense quite literal flight of fancy.

Question 8: In what 1997 film do a group of unemployed men in Sheffield become strippers for a night at their local working men’s club?

Monty. Mate. Come on. Not only was this one of the most famous and successful British films of all time, it also literally contains your actual name.

Question 9: In which city is the Olympiastadion, built for the 1972 Olympics and where Germany’s national football team played international matches until 2001?

Question 10: What is the title of the first volume of CS Lewis’ Chronicles of Narnia to be published, chronologically it follows The Magician’s Nephew?

Why would he call the book a slightly incorrect version of his own name? At least say CC Lewis.

Question 11: Kimberlite, an igneous rock named after the South African city of Kimberley, is a rich source of what very precious stones?

He’s given up now, unable to even successfully pass at the first attempt. He is trapped in the chair, his eyes wide, willing these two minutes to end.

Question 12: What were the Five Guys named in the title of the hit musical that was a tribute to the jazz bluesman Louis Jordan?

Question 13: In an 1819 poem what season of the year does Keats describe as ‘a season of mists and mellow fruitfulness’?

Okay, don’t just guess any name. This is the Fray Bentos moment, the point where even Steve Waugh would probably think this is getting a bit uncomfortable and start feeling sorry for the visibly disintegrating pom. By this point, Monty is unable to pick up on even the most straightforward of clues. Strip everything else away from this question and you’ve got a one in four chance. Just name one of the seasons. Oliver. Twist.

Question 14: In which city is the television comedy Cheers set?

By now, our hero is no longer able to hear and comprehend even basic English words.

Question 15: What national survey [BUZZER SOUNDS TO THE RELIEF OF PANESAR, HUMPHRYS AND ALL MANKIND] has been held in Britain every 10 years since 1801 except for 1941 because of the Second World War?

A grand total of seven points, and three passes. SPOILER: It was not a winning score. But Mastermind is both terrifying and difficult. And at least he didn’t cheat.