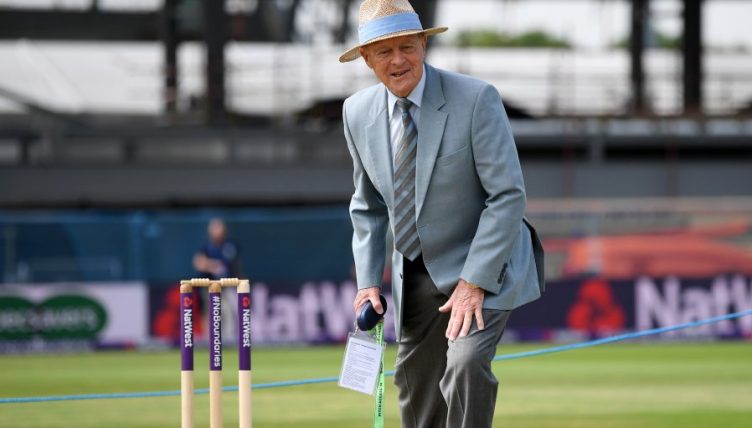 My grandad Fred was a miner from Castleford. He spent most of his life stripped to the waist three miles underground, hacking at the West Yorkshire coalfield with a bloody huge pickaxe.

He was constructed out of nothing but muscle, bones and tobacco and nothing outwardly suggested that he was one of life’s great philosophers, but like many men of his class born in the late 19th century, while he left school aged 14 to go to work, he spent his life educating himself in the local library. By the time I knew him, he was retired and spent his remaining years living his life as a kind of renaissance man. For the only time in his life he had time spare to indulge his passions and to learn new things.

For example, he learned to cook Indian food, which he loved. But my grandma wouldn’t have “that muck” in the house so he was banished to his allotment where, along with his pals, he’d cook up vast amounts of curry and rice in old upturned metal hubcaps on gas stoves in his shed. If you peered in, the whole place was a fragrant miasma of boiling spices, meat and vegetables grown just outside the shed door. To be invited in was to be invited into their illicit world of food that actually tasted of something. Food that their wives had all but outlawed. It was almost transgressive.

They’d sit around on deckchairs, eat his food and put the world to rights. They called themselves The Auld Buggers, like they were a gang or something. All ex-pit workers with the rattle of pneumoconiosis in their lungs, a disease that would eventually take Fred. To sit in with them was special. And they didn’t bestow this favour on many, so if you got an invite then you were honoured.

They were all philosophers and one of the many things they liked to philosophise about was cricket. And one of their favourite discussion topics was what, in the modern idiom, we might call extreme batting. If there was one thing Fred loved more than anything else, it was a batter who, to put it in his own words “jus’ sticks around and does nowt.”

To say he was a fan of the slow scorer would be to put it to mildly. He didn’t just love a slow scorer, in his mind it was an expression of a man’s character, of his masculinity, of his moral worth. Anyone could slog it around and make a few quick runs but that was treated by the Auld Buggers with disdain. As Fred, a man fond of clever little philosophic bon mots would say, “That’s boiled sweets next to the slow batter’s Sunday roast.”

“The whole point of cricket is that is goes on and on and on and nowt much ‘appens,” Fred would say, ‘that’s what’s good about it.’ And you know, I agree with him to this day.

So they’d scour the reports in the papers, or in battered and torn old copies of Wisden for someone who had scored seven and taken a few hours to do it. Or a last man who had stuck around for 15 overs, knocked a single and seen out the day. Like a last soldier fighting until the flag came down, that’s how they saw such heroic resistance. They genuinely loved the solid block more than any amount of elegant cover drives. It sometimes seemed that the less that happened in a game of cricket the more they loved it.

And it was at their feet where I learned about the game and became inculcated into their thinking that while there is joy in scoring runs, the acts of resistance deserve at least as much respect.

I remember they used to talk of J.T Murray, the great Middlesex wicketkeeper-batsman who played for England in 1963 and brilliantly only scored 3 run but faced 100 balls against Australia. That was their idea of a great innings. They’d have bloody loved New Zealand’s Geoff Allott who in 1999 v South Africa faced 77 balls and didn’t score a single run before being dismissed.

And of course they worshipped at the feet of Geoff Boycott, who, one would suspect, also saw “just sticking around, and doing nowt” as a thing which defines the sort of man you are and whether or not you’re made of the right stuff. Seeing Boycs grind out a 50 without any concern for anything or anyone else, taking as long as he needed, more determined to stay in than he was to score runs, was to see poetry in motion.

In these days of whack and bash, in this era of cheap runs, easy sixes and crude slogging, it’s worth pausing to think. Cricket isn’t just about runs. That’s just the more obvious, flashy part of the game. But not getting out for a long time is an art in itself and it is being overlooked in the headlong rush towards instant gratification of boundaries and wickets. Maybe we should cultivate a bit of Auld Bugger in all of us to better appreciate that fact, because as Fred used to say, “You can be a great chef, but if you’ve no plates, you’ll never enjoy a meal.” Cheers, Fred.