Home Features An ode to the wicketkeeper; the beating heart of every team

An ode to the wicketkeeper; the beating heart of every team 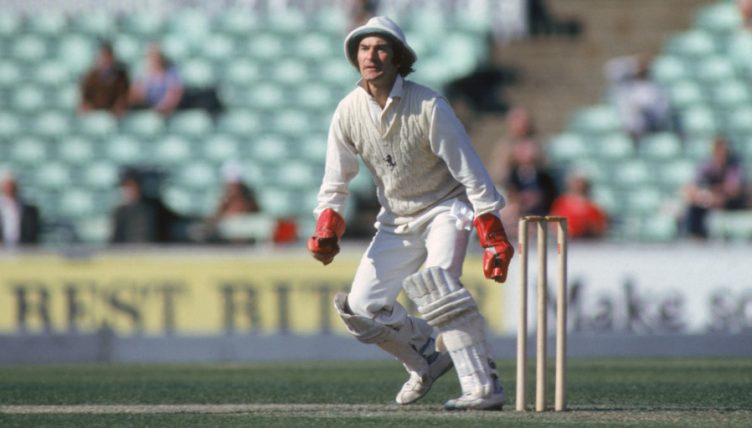 When playing football as a kid, I always wanted to be a goalkeeper.

I think this is not unusual amongst children who feel they’re a bit different in some way. It’s a unique position on the field. You’re the only one who can handle the ball, you’ve got your own area of demarcation – the penalty area – and you are charged with the most important task of all: keeping the ball out of the net. You can’t be anonymous and you can’t blend in because you’ve got your own differently coloured shirt, so all eyes are on you and the goal is the stage on which you perform. It takes a special kind of mentality to be attracted to such a role.

This is why goalkeepers are frequently such strange coves and why they have an unofficial union. They’re all in the same boat and only they understand each other.

In cricket this is exactly the same for wicketkeepers. And I always wanted to be a great wicketkeeper. For those of us who have been captivated by a glove affair since an early age, it is the only position on the pitch that we wanted to play. Wicketkeeping is a science. While you can stand in the slips all day long and never touch a ball, or wander around at the long-on boundary drinking pints of lager proffered by members of the public, if you’re squatting behind the timbers you’re involved in every single ball in a way no other fielder is. You will be part of more dismissals than anyone else. Oh, and in case you’ve forgotten, you get to wear bloody big gauntlets which make catching the ball, at least in theory, much easier.

No wonder then, that the position attracts oddballs like me. My hero growing up was APE Knott. Alan Knott of Kent, that is. I wanted to be an APE. He kept wicket for England for 14 years covering 1967-1981 in 95 Tests.

His partnership with Derek Underwood at county and Test level was the stuff of legend. Underwood, a man who looked like the sort of fusty, uptight, respectable bank manager from a leafy suburb that would be caught in flagrante with a busty nurse in a Carry On film, was the fastest spin bowler you’ve ever seen, frequently tearing sides apart single-handedly on a turning track. But even so, Knotty stood up to the stumps for his deliveries, the ball thudding into his gloves at pace time and time again, just waiting for the nick that would inevitably come, or for the batter to step forward so he could whip off the bails at lightning speed.

From Procter to Malinga: A celebration of weird bowling actions

To this day, I’ve never seen anyone quicker with his hands, capable of anticipating where he’d collect the ball so he was there when it arrived and already moving in on the wicket to claim his stumping. It was a liquid sort of physical poetry.

But it didn’t stop there, not an especially big man, he seemed to have telescopic arms, collecting thick edges as they flew left or right at pace, almost panther-like in his spring. Frequently you would see the shock on fielder’s faces as he took one off the toes of second slip. At times it didn’t seem possible that any human could get so far across so quickly.

His powers of concentration were legendary. He would squat there, crow-like, dark eyes staring out from beneath a white beanie hat that made him look like one of the Flowerpot Men, just waiting, waiting, waiting, ready for his moment. I never saw him spill a catch, not once.

And then, when his glovework was done, still with his shirt collar turned up, even on days where the sun was a distant friend, he’d go into bat and knock the ball around with alacrity. He notched 17 first-class hundreds and 97 half-centuries. After a lean period, he changed his batting stance, angling the willow down almost at 45 degrees to the ground, body turned to face 10 o’clock, so he was somewhat chest-on to the bowler. This seemed to free him up to hit a delivery with a wide open bat through the covers as well scoop one to the onside boundary, knees bent, giving it a proper leathering. Look how he unconventionally dispatches Jeff Thomson for a huge six.

If you’re a fan of a custodian of the stumps, chances are they are one of the most individual, not to say odd members of the team, probably preoccupied with strange superstitions and ticks, smelling of Deep Heat, liniment and Dettol as they try to self-maintain their bodies through long hot hours toiling in the sun, often in some of the most physically uncomfortable positions.

My own career in the gloves was not a long one. Turned out catching a ball in a massive pair of stiff leather gloves was far harder than I imagined and I just didn’t have the concentration to be alert when the chances came, but even now, the wicketkeeper in any side in still the person I am most interested in and I’d wager, they’re still as eccentric as ever.