Overdue or an overreaction: Cricket’s big over rate problem 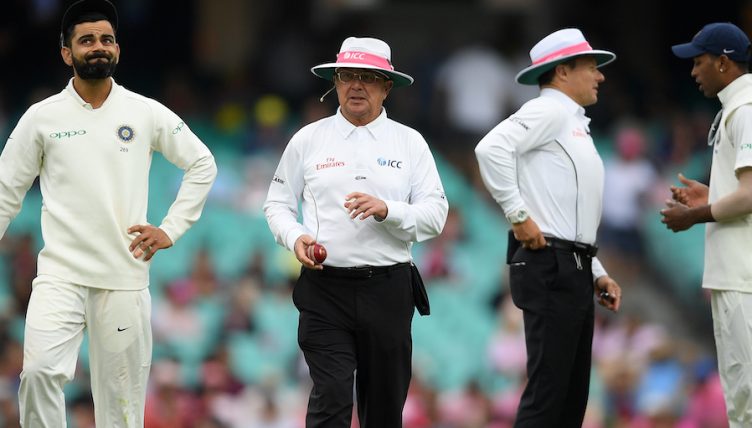 Over-rates seem to be the trendy new thing to get irate about in cricket at the moment (that and the ECB’s stupid The 100 thing), and probably with good reason too.

The issue came to a head recently when West Indies captain Jason Holder was banned for the Third Test of their series against England. Holder played no finale against England after receiving a one-match sanction for a diabolically slow over-rate during their 10-wicket second-Test victory.

And then Cricket West Indies president Dave Cameron had a little something to say about it all, and he was absolutely fuming.

“We will of course abide by the ruling, but have to wonder if such punitive action at a pivotal stage of the series is good for cricket,” he said.

“What a shame if the series is remembered not for the sparkling play of the reinvigorated West Indies players, but for a crippling decision made by a rule that ought to be modified.”

So does cricket, specifically Test cricket, have an intrinsic and deep-lying problem with over-rates?

Interestingly, this outrage about the pace of play is not a new thing to the West Indies, let alone to the sport in general. It was back in the 1990s when the ICC cracked down on the Windies and their four-pronged pace attack for being repeatedly slow at getting through their allocation of overs – or in some cases not even doing that.

It is worth noting at this point as well that every team has been, and still is, guilty of not completing their 90 overs in a day. Fielding sides are even given an extra 30 minutes – which is almost always needed – and even that doesn’t guarantee that all 90 will be bowled.

Who suffers from this as a result? Well the obvious answer is the paying customer, who for a day of Test cricket in England could easily pay anywhere from £80-100 for a ticket, under the impression that they will see a full day’s play (i.e. 90 overs). For every over that the fielding side falls short, that ticket becomes worse in terms of value for money, and there’s absolutely nothing that the spectator can do about that.

You could also make a case that the teams on the field suffer too. Test matches very rarely go to the final few overs on Day Five any more, but if they did and the result was still massively in the balance, would it be possible to look back on the six or seven overs lost over the course of the Test and say that they may have influenced the outcome of the game? One day that will happen in a high-profile game, and that may be what definitively lights the touch paper.

However despite all that, there’s another side to this debate which needs to be explored, and that is the idea that sometimes the fielding side do not have the control over how quickly they get through their allocation like fans and pundits assume they do.

There are other factors that could be at play, for example the implementation of DRS (Decision Review System) is a development that has  fundamentally changed the pace at which the game is played. There is very often four or more reviews in a day, and if these are contentious then you could be looking at losing 15 minutes from a day’s play, which equates to about four overs.

Also, could you not argue that over rates can be affected by circumstance? For example, the Windies may have bowled a slow over rate in the second Test, but they took 20 wickets inside 104 overs – that’s a stoppage of a few minutes on average once every five overs (or just over).

There is an increasing amount of pressure being placed upon umpires and match officials to try and dictate over rates, yet they are actually complicated to police effectively. At what point does the umpire intervene? If the fielding team has fallen two over behind the rate? Three? Five? What other circumstances could have been at play for it to get to that point? Are there varying degrees of punishment to be handed out? There seems to be no easy answer.

Former Australia skipper Ricky Ponting recently shed some light on the solutions being discussed by the ICC, with over rates at an 11-year low according to studies.

“We’ve talked about the idea of the shot clock. It’s not going to be when the bowler is at the top of his mark and running in because that’s hard to gauge,” he said.

“It’s the dead time. The end of the over. The fielders and bowlers have to be back in position and that’s non-negotiable.”

A shot clock seems a bit too Americanised for the traditionalists that make up a substantial bulk of Test cricket’s audience, so it’s difficult to see how that would work. A lot can happen in between overs which could complicate the whole thing.

One proposal is to shorten the length of the lunch and tea breaks, possibly to 30 minutes for the former and 15 for the latter. That would recover an extra fifteen minutes, roughly equal to four overs, so that could possibly help fix the problem short term. However, if that was implemented, wouldn’t that be simply accepting that slow over rates are now a part of the game? It doesn’t actually fix the problem, it just allows there to be a greater period of time for the problem to exist in.

As mentioned, penalty runs is another potential punishment that has its own complications. Would you impose a fixed amount per over that the fielding team falls short? Would it vary based on repeat offence? Is it even right for the opposing team to benefit from it? All these are questions that must be asked.

Perhaps the discussion also needs to be had whether anything needs doing at all. Yes spectators want to see the full allocation of overs bowled in exchange for their hard-earned money, but would they also rather see a gripping contest between bat and ball that may have 15 wickets in a day, or an absolute road of a pitch where a team scores 300-3 in those 90 overs.

Which ever way you look at it, this is one of those issues where there are multiple offenders, and one where there is no easy solution. It won’t be the last we hear about it.

Banning captains doesn’t seem like the right thing to do, but then what does? It’s time everybody came together to try and find a fix, or we all might as well just turn our heads the other way.

Mike Atherton summed up the dilemma facing the ICC fairly well: “With four fast bowlers West Indies are always challenged to maintain the required rate and the captain, in ICC regulations, is held responsible,” he wrote in his column for The Times.

“It is a problematic issue because clearly, the authorities want to try to speed up play to offer spectators full value for money. Ask any spectator in St Lucia, though, and I imagine they would want to see Holder leading out his team. Nor would they have wanted to see Holder rush through some overs in Antigua, instead of bowling Shannon Gabriel or Kemar Roach, say, at the critical time in the match.”

It seems like the ICC face the impossible task of drawing up a set of guidelines for a form of a sport where every game is different. Good luck, lads.