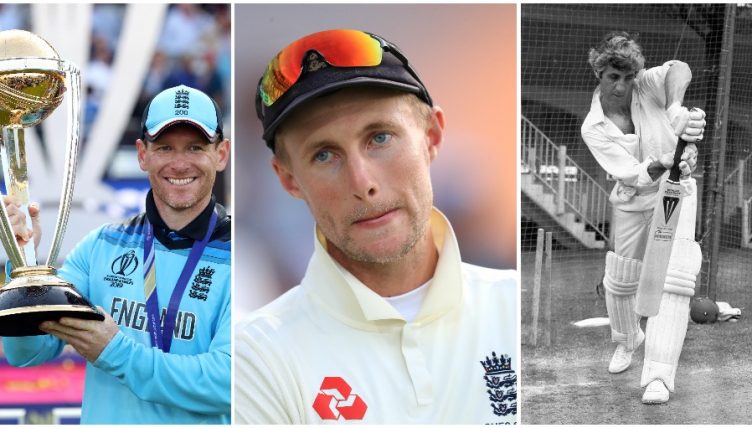 Before you say anything – Eoin Morgan is not going to be Test captain. He’s not going to be offered the role, and probably wouldn’t accept it if he was. But suspend your disbelief for the time being and ask yourself whether England would be better off with the World Cup winning captain as their specialist Test match leader?

In a poll taken by The Cricketer magazine two years ago to decide England’s greatest ever captain, Mike Brearley was first, daylight was second, Michael Vaughan was third.

As a batsman, in 66 Test matches, Brearley never scored a century and averaged a modest 22.88 – unenviable stats for a batsman. But Brearley wasn’t a batsman – he was a specialist captain. He led England to the World Cup final in 1979 and returned to captain England in the 1981 Ashes triumph. He was so good at captaincy, it didn’t matter how good he was at cricket.

So why not have a specialist captain now? Eoin Morgan could even be considered more of a ‘consultant skipper’ – drafted in for a short time to provide expert advice at a time of great need.

Questions have been asked of Joe Root’s capacity to captain England in Test cricket. The first leader to relinquish The Ashes on home soil for 18 years – Root’s level of ineptitude is made all the more apparent through a comparison with the success of Eoin Morgan as leader in the shorter format.

While the masses shrug their shoulders and ask “who else is there?” when questioned about Root’s leadership of the Test side, those same people have successfully begged Eoin Morgan to continue to captain into the World T20 tournament next year.

READ: Joe Root to ‘shepherd’ England through ‘the valley of darkness’

Eoin Morgan could be England’s Test match saviour – the man to restore calm. Like Winston ‘The Wolf’ Wolfe in Pulp Fiction or Mike Ehrmantraut – ‘the fixer’ in Breaking Bad – Morgan can bring fresh eyes and independent thought to an apparently impossible challenge. Using his calm head to implement his positive mental attitude on a stumbling cricket team, as he did when he became captain of the one-day team five years ago, rather than to organise the cleanup of blood from the white leather interior of a 1974 Chevy Nova or to remove evidence of a heroin overdose from a suburban house.

When Morgan took over, England were sixth in the world in ODI cricket and eighth in terms of T20’s. Since then, Morgan has led the national team to second in the T20 rankings and top in ODI’s, with a World Cup trophy to boot. And as if the silverware and rankings were not enough, you only need to listen to, watch, or read about Morgan’s calm demeanour and man management skill to be convinced of his proficiency to lead any team.

This composed but assertive style is one that Joe Root has unsuccessfully tried to emulate in the Test arena. He cut an increasingly frustrated figure as The Ashes series continued – growing more impatient and less in control of his emotions, of which we glimpsed in a rising number of short bursts of anger at points where he was unable to be Morgan-like and brush off bad luck or occasions of poor performance.

There is a negative correlation between Joe Root’s time as captain and his batting average. Although this has coincided with his much-maligned move to number three in the order, so its effect is hard to quantify – there are few that would suggest that his captaincy has not affected his ability to churn out runs. The ability that led him to be renowned as England’s best batsman and previously earned him a place alongside Virat Kohli, Kane Williamson and Steve Smith in the ‘Fab Four’. It’s looking more like the ‘Thrilling Three’ these days (sorry – there aren’t too many ‘th’ superlatives) as Root’s form continues to deteriorate.

Only five batsmen in Test history have a worse conversion rate than Joe Root. The England captain is a class player, but his inability to regularly turn starts into tons has become a real issue.

For the @CricViz blog – why can’t Root convert?

There is no doubt Morgan would be a specialist captain were he to be included. He now barely plays the red ball game having instead chosen to reap the rewards that franchise cricket has to offer, and would be unlikely to have the technique necessary to hold down a place purely as a batsman in Test cricket – not that that seems to be an issue for the selectors these days anyway. There’s not much risk of Morgan doing worse than Jason Roy or Jonny Bairstow in recent times for example.

This, coupled with the inevitable release of weight from Joe Root’s shoulders – allowing the Yorkshireman to focus on his regressing batsmanship – is enough to make a case for Morgan’s inclusion as a consultant captain, even before you consider his expertise in the role. Know-how the likes of which we have seen just once before, under the last specialist skipper – Mike Brearley.