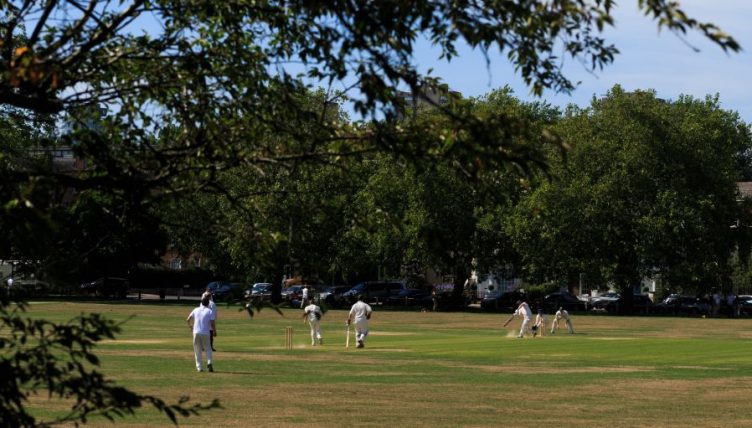 Does how you play cricket reflect what sort of person you are?

My granddad Fred was a miner from Castleford and when actually above ground, and not hacking the black stuff out of the West Yorkshire coalfield, he was a devotee of the willow upon leather. And he was convinced you absolutely could tell the character of a man by how he played. “Cricket shows you the man,” he was fond of saying.

After a life of toil and hardship, when he retired, like many intelligent but uneducated working-class men born at the start of the 20th century, he spent his final years as a sort of renaissance man, exploring many aspects of life that had been denied to him by his ceaseless graft. This involved learning how to cook Indian food, making fruit wine, carving wood, going to art galleries in Leeds, singing in a choir and reading voraciously.

Somehow he developed an interest in philosophy and would spend hours in the library reading books about it. By the time he was 70 he could quote Wittgenstein at you. “What cannot be imagined cannot even be talked about,” he would say in a glorious broad West Yorkshire accent.

And he quite naturally brought this interest to cricket, a game which, given the length of time it takes to play a match and the slow speed at which things happen, rather lends itself to chin-stroking.

As a boy, I’d sit with him and watch club cricket in Castleford at Savile Park. Fred would always buy a pound of mint imperials on our way there. A whole pound of sweets seemed like the most lavish, opulent of lifestyle options to me, the white paper bag huge and bulging. And we’d sit there for up to eight hours eating them in the watery imitation of summer that often seemed to pass for the warmest of seasons in West Yorkshire.

Fred had lots of ideas about cricket and how it reflected life. As I say, he felt you could understand a man from how he played cricket. From the extravagant show-off to the studious intellectual, it would all find expression in how he batted, bowled and fielded. And I as an impressionable kid I took this in and believed it was absolutely true. I still do.

Fred hated sloggers and saw them as little more than street brawlers. “Come Saturday night, he’ll be stripped to the waist, fighting on the cobbles,” he’d say as a beefy club player swung the bat like he was trying to kill an ox.

What he loved most was a dour, slow batter – that showed you had patience and grit – but most of all he loved spin bowlers. He saw spin bowling as an aesthete’s art form and the practitioners as wily, philosophical and creative.

“Any big thick bugger can chuck a ball down fast, but it takes brains to spin it, he’d say. “All he’s got is his fingers. It’s all in the fingers.”

So because I looked up to him and wanted to impress him, when it came to playing cricket, I was always a spin bowler. I’d spend hours with a tennis ball, wrapping my fingers around it and trying to get it to turn. I developed a decent flipper as my wrists became stronger from frequent use as a teenager. As a left-armer coming around the wicket, I was quite exotic, able to throw down a googly with regularity.

And I think I invented a unique delivery. I called it The Twister because it involves twisting the wrist. I would grip the ball with the thumb and first two fingers as for a leg break, run in and, as I hit the crease, raise my arm upright, turning my wrist clockwise with a snapping movement, letting go of the ball when the back of my hand was facing the batter. The ball was then released, palm facing away from the batsman and thus emerged spinning from behind the hand, disguising it until it was on the way down. If I didn’t snap my wrist hard enough it was a nothing ball, but if I did, it would hit the wicket with top spin driven by the wrist action, then pick up speed and behave like a violent leg cutter.

Batters would either misjudge the ball because it rose fast off the wicket, or play around it as it zoomed between bat and pad to bowl them. It was a bit hit and miss and I couldn’t deliver the ball consistently enough and the trouble was, if I got it wrong it was easily hit to the boundary. So in trying to do it, I became too expensive.

I showed Fred The Twister and he was mightily impressed, complimenting me on the amount of thought and practice I’d put in.

“Your Twister ball is you; you know that, don’t you?” he said, passing me the bag of mint imperials one Saturday afternoon at Castleford Cricket Club. I asked him what he meant. “You worked out how to do all on your own. Invented it off your own back. Wanted to do summat different. That’s you, that is. I’ve told you haven’t I? Cricket shows you the man.”

Sadly, my career as an inventive spin bowler was curtailed when one day I bowled The Twister and something important in my wrist made a noise that sounded like breaking a dry stick. It hurt like hell.

At first I thought I’d broken my wrist, something which would have put a severe cramp in my leisure activities, but in fact I’d ripped some ligaments. It felt like my whole hand was on fire. Even now if I press it, it still feels slightly sore. The action required to put the spin on the ball and the angle I had my wrist at as I turned my arm over just inflicted so much stress that eventually something tore.

And though Fred had passed away by then, I know he’d have said that once again, cricket had revealed the man: I’d invented something that was clever, but unsustainable and eventually damaging to me. And of course, he’d have been right. He was usually right about most things and sometimes I miss him more than words can say.