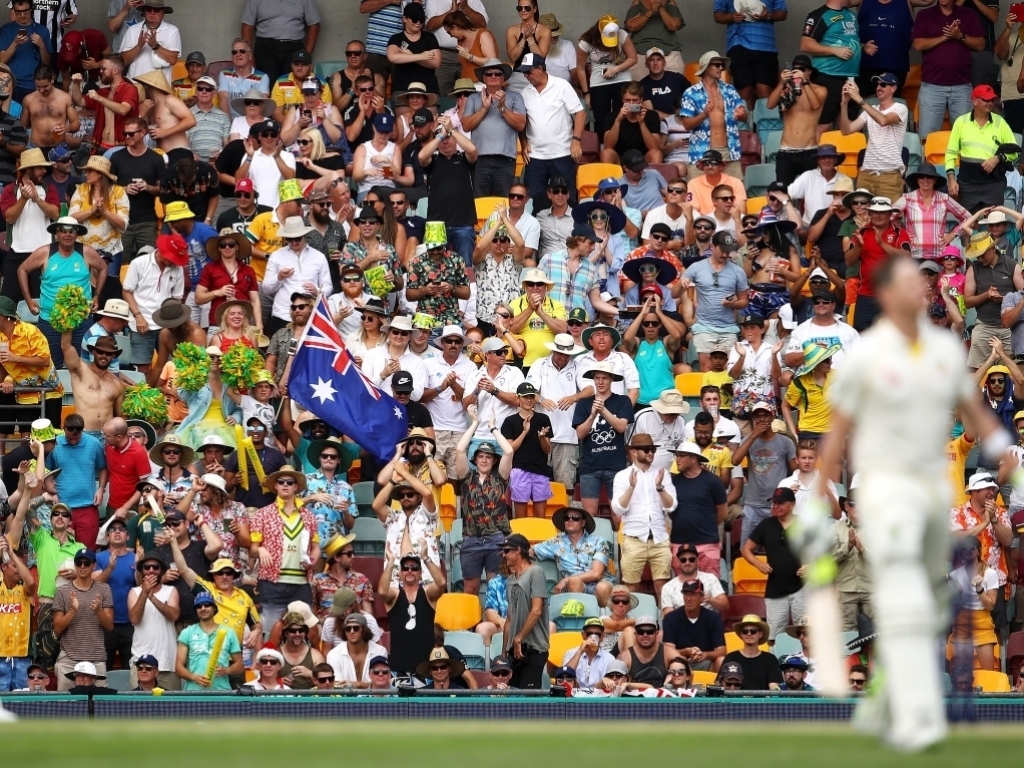 This Test match is absolutely brilliant, isn’t it? Good, now we’ve covered that, let’s get back to the important stuff.

Happily, Lyongate is still rumbling away as Ian Bell became the latest former England player wheeled out to have his say.

“Nathan is not the brightest fella,” was Bell’s verdict on BBC Radio Five Live.

Ian Bell, an unlikely candidate I’ll admit, has fired shots in Lyon-gate on @bbc5live today, saying: “Nathan is not the brightest fella”#ashes

That may be so, but, with all due respect to Ian Bell MBE and Sledgehammer of Eternal Justice, that might not be the best line of attack for a man who, when once told he might get asked questions about Gaza in a press conference replied “Who’s Gaza?”

Next time, Belly, maybe have a pop at his cover-drive instead. Safer.

After successfully trialling it last winter in India when insisting that Haseeb Hameed was fine only for it to later transpire he had a broken thumb, good to see it confirmed today that England are now making such Comical Ali-style pronouncements their official preferred method of injury update.

Seemingly of the opinion that people genuinely wouldn’t notice that James Anderson only bowled three overs with the second new ball, and then spent the rest of the day grimacing, leaving the field, not bowling for 20 overs as England’s advantage drained away, grimacing some more, taking tablets, grimacing, chasing the ball gingerly and grimacing, England’s official line at time of publication remains that their greatest bowler is entirely fit and well.

“We’ve been around the game long enough to know there’s an issue there.”@MichaelVaughan is convinced that James Anderson isn’t 100% despite the England camp insisting he is.

We don’t want to go on about BT too much, because we tore into them on day one and it’s been a bit better since then.

If they get rid of Boycott and tell Swann to stop doing funny voices it might even be bearable.

Matt Smith is slowly finding his feet as we hoped he might, Ali Mitchell remains a welcome oasis of calm professionalism and today Adam Gilchrist did a genuinely good wicketkeeping masterclass with Ricky Ponting and a couple of outrageously lucky children.

But they’ve got to get some more adverts. They’ve only got about four, and they’re on very heavy rotation.

At one point they showed an advert for the Advertising Standards Authority, which feels a bit like when there’s a “YOUR ADVERT HERE” advert on a petrol pump or above a urinal.

At a conservative estimate, we reckon we’ve got about four days left in us before we’re sent mad by hearing Kevin Pietersen talking about the difference between 99 and 100, or vain bald men justifying spending thousands of pounds pretending they have hair.

We would also like to add that we currently have no desire to “get kwiffed on the Ashes” but have been out and bought an industrial-sized roll of bubble-wrap.