Twenty Questions with Charlotte Edwards: A woman in a man’s world, Love Island and Sandra Bullock 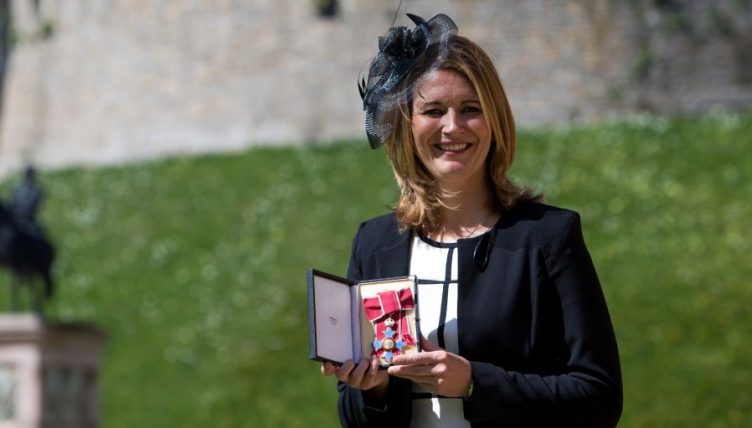 Edwards became the youngest ever England cricketer to win a senior cap at the tender age of 16, a record that would stand until 2005, when 15-year-old Holly Colvin surpassed the mark.

Numerous records fell at the feet of Edwards, including a then-record knock of 173 not out in the 1997 Women’s Cricket World Cup. Remarkably, the score came a day before her 18th birthday.

Under Edwards’ captaincy, England enjoyed an unprecedented period of success in the modern era, including famous victories in the Women’s World Cup and lifting the maiden World T20 tournament, as well as multiple Ashes series successes.

From her experiences growing up in male-dominated teams to the Maldives, and a lack of cricket role models to Love Island, these are the Twenty Questions the Cricket Badger Podcast put to Charlotte Edwards CBE.

1. If not a cricketer, what would you have done with your life?

[James Buttler: That was a very quick answer! You knew that was in your brain]

Well it’s a question I get asked in Q&A’s quite a lot by kids so it’s one I’ve come across before.

2. Biggest influence on your career?

My mum and dad, definitely. I think that without them, I wouldn’t have made it as far as I have done, and their continued support over the years has been so important.

I don’t like saying this, but it was Steve Waugh. He was someone I grew up watching. When I grew up, England weren’t particularly successful. Australia were, and he was at the forefront of that, and an inspirational leader, and someone who I hoped one day to emulate.

[James Buttler: When you were growing up there weren’t too many female cricketers around and on view. How did you get it into your head that you wanted to be a cricketer?]

Yeah it was hard growing up and not having any female cricketing role models. Steffi Graf was the closest thing I had to a female role model in the sporting world. Thankfully that’s changed now and young girls growing up can look up to the women that are playing for England right now. That’s just as pleasing for me as winning World Cup’s and so on, the positive changes in the sport for women.

[James Buttler: What first got you into playing cricket? Because when you started there wasnt the money and the media attention that you get these days.]

It was purely because at home I played cricket a lot. I always used to play boys cricket and I was just very lucky that I was one of the best players in the boys teams, so much so that I ended up captaining a lot of them. The game was very amateur when I started my England career at the age of 16. I had to pay for my own equipment and my own accommodation etc. As the game evolved over the years I was very lucky that towards the end of my career I was able to play it professionally.

[James Buttler: When you played for the boys’ teams, were you accepted at the time?]

It was hard, I don’t shy away from that. Being accepted as a girl in an all-boys sport was difficult. Perceptions of women’s cricket and women’s sport in general have changed for the better now. I put a lot of my success down to my upbringing because playing cricket in my younger years with the boys toughened me up and made international cricket relatively easy because some of the things I dealt with growing up won’t ever be as bad as playing in front of 40,000 people in a World Cup final. I look back on those days fondly now because they shaped the person that I am today, but I’m just glad that things have changed for the better for the women’s game.

4. What’s been your best moment in cricket?

It would have to be winning the World Cup in Sydney in 2009. My mum flew over to Sydney and it was the first time she had ever flown. To be captain of England and to win a World Cup, that was probably the best thing.

5. The worst moment in cricket?

6. If you could trade lives with any current cricketer for a day, who would you pick?

I would love to be Virat Kohli. He scores runs for fun doesn’t he. I love the way he plays the game. He plays the game like I do with your heart on your sleeve and just to achieve some of the things he’s done would be incredible.

7. Who was the best player you played against and with?

8. If you could meet anybody living or dead, who would you like to meet?

9. If you won the lottery, what would be the first thing that you’d do?

If I won the lottery, I’d probably just have a huge party for all my friends and family, abroad somewhere. Where would I go to? The Maldives.

10. Who would play you in a movie about your life?

This is a good one. Probably Sandra Bullock.

11. What is your first memory of being really excited?

12. When was the last time you were really nervous?

I had to do something at Hampshire the other day, I had to make a tough decision and I was quite nervous about it.

13. Are you a morning or night person?

14. What celebrity annoys you the most?

Oh god, anyone from Love Island.

16. If your plane was about to crash, who would you want to be sat next to?

17. If you had access to a time machine, where and when would you go?

This is a difficult one. I’d love to go back to the old cricket games of the past and watch when they played on uncovered pitches without helmets and see how quick the bowling was. I’d just love to watch some of that cricket. I’d find it really interesting because I just find it difficult to get my head around how people could bat without a helmet.

18. If you could live anywhere in the world, where would it be?

19. One thing that you would change about yourself?

I’d love to be quicker, like run quicker between the wickets and whilst fielding.

Hopefully still involved in the game but maybe not full time, and get to travel the world doing what I love, watching cricket and maybe coaching cricket.