‘Mind the windows’: Nine of the best cricket sledges 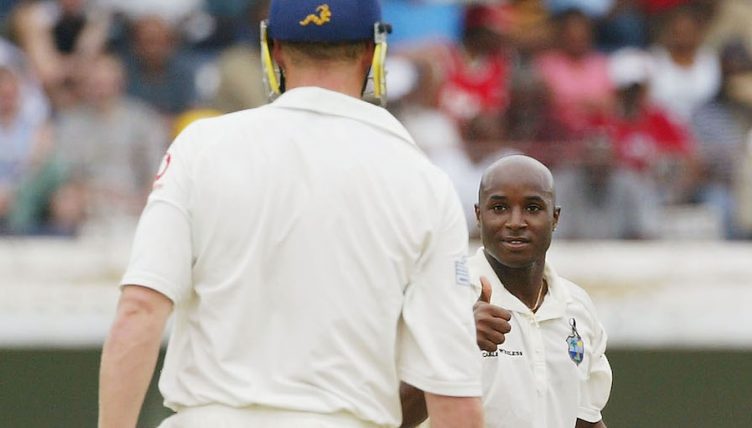 Cricket just wouldn’t be the same game without it. In a team sport that is centred around individual battles, it is no surprise that things occasionally get a bit heated.

Sledging is defined as “the practice of making taunting or teasing remarks to an opposing player, especially a batsman, in order to disturb their concentration.”

Really, we all know it’s about trying to get inside the other players’ head, and trying to give yourself an edge in that particular battle.

With that said, we’ve picked out nine of the best incidences of sledging…

During a test in 1991, Pakistan batsman Javed Miandad thought he had got the best of larger-than-life Australia bowler Merv Hughes.

“Merv you are a big, fat bus conductor,” Miandad said to Hughes.

Merv and his glorious handlebar moustache would have the last laugh though, as he dismissed Miandad a few balls later before shouting: “Tickets please!”

As mentioned before, the art of sledging ultimately boils down to throwing the opponent off their game and forcing uncharacteristic mistakes, just as Shane Warne and Darren Berry did to Michael Slater.

The pair targeted Slater’s patience in a state match in Australia, starting as soon as he came out to bat.

Slater was caught out at deep midwicket not long after, glaring at Warne and Berry who shouted in unison: “Kaboom!”

Dennis Lillee was frightening enough at the best of times, but sometimes his wit was just as fast as his bowling.

This particular sledge he apparently used on many batsman during his illustrious career, and he began by stating: “I can see why you are batting so badly, you’ve got some shit on the end of your bat.”

This would usually make the batsman inspect the bottom of his bat, before Lillee would reply: “Wrong end mate”.

Daryll Cullinan walked out to bat having not faced Shane Warne in a while, with the former having a tendency to hole-out to Warne’s bowling.

It’s no surprise that Shane couldn’t resist a dig at Cullinan, stating: “I’ve been waiting two years for another chance at you.”

Warne wasn’t in the best shape at the time it would be fair to say, and Cullinan did not let that slide, replying: “Looks like you spent it eating.”

James Ormond only ever played two Test matches for England, but he will be forever remembered for his comment to Mark Waugh in the 2001 Ashes at the Oval.

He strolled to the crease with England 300 behind, and was met by Australian captain Steve Waugh’s brother Mark.

“F*** me, look who it is. Mate, what are you doing out here? There’s no way you’re good enough to play for England.” Waugh said.

Quick as a flash, Ormond replied: “Maybe not, but at least I’m the best player in my family.”

Viv Richards was not the easiest player to intimidate, as Glamorgan’s Greg Thomas found out during a County Championship game.

Having extravagantly played and missed at a pair of deliveries, Thomas decided to offer Viv some advice: “It’s red, round and weighs about five ounces, in case you were wondering.”

Richards hammered his next ball way over the rope and into a nearby nearby river, before responding: “Greg, you know what it looks like, now go and find it.”

Back to Steve Waugh, and the legendary batsman was casually strolling to the crease during a Sheffield Shield match in Australia.

Jamie Siddons took exception to how slow Waugh was pondering to the crease, and couldn’t resist a little pop” “For f*** sake, it’s not a f***ing test match,” he exclaimed.

Tino Best was batting against Ashley Giles in a Test at Lords and was seemingly determined to clobber him over the boundary ropes, assuming the ball was not turning that much.

Freddie Flintoff was stood at slip and warned Best: “Mind the windows, Tino.”

His advice was ignored, and Tino was stumped when trying to thump Giles into the pavilion.

As the West Indies quick revealed back in 2015, the incident was payback for Freddie: “I once ran to bowl to him in Trinidad without the ball. He was ducking and scrambling because he thought I’d bowled a bouncer.”

It was so good, that Tino Best even named his book ‘Mind the Windows’.

‘You can sleep in my bed’

Australia stayed over at Lumley Castle in Durham before an ODI at Chester-le-street in 2005, and rumours quickly spread that a few players had been given a fright the night before the game.

Shane Watson was apparently so spooked that he slept on the floor of Brett Lee’s room for comfort.

Darren Gough couldn’t resist, doing an impression of a ghost and telling Watson: “Don’t worry, you can sleep in my bed tonight.”