Home Features Who’d be a bowler in the Age of the Batsman? Anyone who’s good enough

Who’d be a bowler in the Age of the Batsman? Anyone who’s good enough 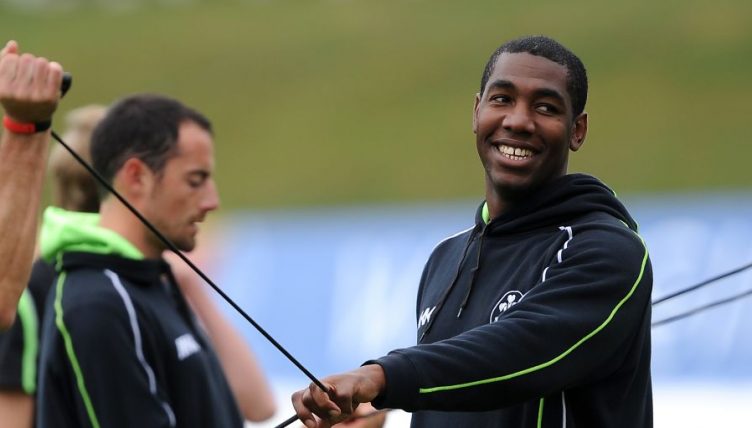 It’s a cry that goes up from commentary boxes, from the stands and on social media, every time some musclebound biffer smacks a white ball out of the ground.

The hapless creature at the other end of the wicket shrugs, returns to his mark and awaits yet more punishment, cursing the path his career has taken.

It’s just a slog fest. The Age of the Batsman. Since T20 took over the world, bowlers may as well be bowling machines.

Or so some would have you believe.

In one-day internationals, there have been 20 team scores over 400 – every one of them since the advent of professional T20 cricket in 2003. Every one of them, in fact, since that crazy day in Johannesburg in March 2006 when Australia smashed the old record, then couldn’t defend the new one.

In T20 matches – be they international, domestic or franchise – there have been 51 occasions on which a team has reached or surpassed 240, representing a run rate of 12 an over, or two a ball. Almost a quarter of them, including the three highest, have come this year. Even the game’s newest form is evolving; evolution is driving scores up.

So, in the Age of the Batsman, who’d be a bowler?

Anyone who’s good enough, that’s who.

The economics of cricket tell us that as scores inflate, wickets and dot balls go up in value. An in-form batsman might take 25 balls to score 50 runs; an in-form bowler can dismiss him in just one.

This isn’t just theory – franchises these days put their money where the maths is.

The Hundred draft in October, for example, saw eight newly-minted sides take their pick of some of the shortest form’s superstars.

And when it came to it, when the stakes and the salaries were highest, they went for bowlers.

Excluding the England contracted players and the pre-selected local icons, 48 players were drafted in the first four rounds – 15 were specialist batsmen, compared with 18 specialist bowlers and 15 all-rounders.

The very first pick was a bowler – Afghanistan leg-spinner Rashid Khan – and the only sides to go for specialist batsmen first up were the Northern Superchargers and Birmingham Phoenix, whose contracted and icon players made them bowler-heavy to start with.

The tale told by the franchises’ coaches and analysts was clear – the shorter the format, the more important bowlers become.

St George’s, Grenada, February 2019. Jos Buttler has brutalised the West Indian attack, hitting 150 off 77 balls as England close their 50 overs on 418/6. In reply, Chris Gayle’s equally violent 162, from 97 balls, has hinted that the chase might just be on. With 17 balls left, the Windies are 389/6, needing 30 to win, with Ashley Nurse and Carlos Brathwaite well set after putting on 88 together. Adil Rashid has the ball.

In the old days, no ODI captain would have dreamed of having a spinner bowling the 48th over. But in situations like this, when the scoreboard reduces the batsmen’s options, a bowler like Rashid – canny, accurate and tricky to pick – comes into his own.

Nurse slogs one up in the air to Liam Plunkett. Brathwaite picks out Eoin Morgan at cover. Devendra Bishoo survives the hat-trick ball, but finds Alex Hales at deep square leg from his second. Oshane Thomas dances past a googly, leaving Buttler to deal the final blow.

It was a high watermark in the Age of the Batsman – a match which saw two of the all-time ODI greats plundering 312 runs from 174 balls between them.

And it was decided by a leg-spinner taking four wickets in five balls.

Purists will say they prefer a low-scoring game, and that 418 v 389 is reflective of an imbalance between bat and ball.

But former England paceman Alex Tudor, who now works as a teacher and coach, reckons the Age of the Batsman could have a negative effect on the next generation.

Speaking just after England smashed 241 in a T20 in Napier, with Dawid Malan bludgeoning a century to set up a 76-run win, he said: “I just feel for the poor bowlers.

“The ball swung for about, I don’t know, four or five deliveries, there was no seam movement whatsoever. Basically, you could just stand up there and swing the bat.

“I feel the balance is a little bit too batsman-friendly.

“The thing that baffles me is that the lads are stronger now, bats are better now, but still you go to grounds during T20s and one-day games and they bring the boundaries in. I don’t quite understand that when the balls are falling 10 or 12 rows back, or out of the stadium.”

Boundary lengths are, of course, the same for both sides. But Tudor has a point when he queries whether – for all the riches available to the best of the best – the next generation of bowlers might be deterred altogether by what they see.

“You’ve got to remember, young kids are watching this,” he said. “You’ve got guys bowling 90mph and they are getting it fractionally wrong and it’s disappearing out of the ground – so what do the kids who are watching think of that? That looks cool, I’ll do that? Guys are bowling four overs in a game for nearly 50 runs.”

It’s not that modern bowlers have just lain down and accepted their fate, though. Commentators talk of “bowling it into the pitch”, of “taking pace off the ball”, and of “mystery spin”. Just as batsmen innovate with their ramps and flicks, so bowlers find a way in this most chaotic of ecosystems.

Short-form captains like to take a Monty Python approach – and now, they say, for something completely different.

So while Hundred franchises went for bowlers, they didn’t go for specialist right-arm seamers.

All-rounders aside, the only two quick bowlers picked in the first two rounds of the draft were lefties Mitchell Starc and Mohammad Amir. Not until Trent Rockets (possibly in the name of river-based solidarity) made Nathan Coulter-Nile the 24th pick, did the most common style of bowling get a look-in.

Tudor, of course, was a right-arm seamer. So what advice would he give to the Alex Tudors of tomorrow?

“I would say just work on your skills,” he said. “If you can bowl fast, then bowl fast – that’s the advice Graham Dilley gave me – but really, if you want to have a good career, you want to be slightly different to the rest.

“There’s a couple of things you can do. You’ve got to get a good yorker in, and you’ve got to have a good slower ball.

“You’ve got to know what your best delivery is and hit that more often than not. You’ve got to have clarity in your mind, what it is you’re trying to set out to do, but you’ve got to be able to adjust when you’re just about to release the ball.

“What you’re thinking of when you’re running up, by the time you get to the crease, the batsman might be walking at you, or walking over to off stump… you have to be able to change your delivery in that split second.”

If the white-ball game is a tough place to make inroads as a bowler, the reverse can be said of first-class cricket, particularly in England. Tudor cites Kent’s Darren Stevens and Somerset’s Lewis Gregory – the latter called up by England for the New Zealand tour, after being close to a Test debut against Ireland in July – as examples of bowlers whose Championship success would be unlikely to be replicated elsewhere in the world.

At the other end of the speedometer, he’s hopeful Jofra Archer and Saqib Mahmood can fulfil their early promise – Archer in particular having shown a pleasing ability to adapt to conditions in this summer’s Ashes, following his pace barrage at Lord’s with a pitch-it-up-and-nip-it spell to take six wickets at Headingley.

But Tudor added: “I wouldn’t want to be a bowler playing in the modern game.”

Only time will tell if his pessimism is justified. He made a very good (if injury-hit) career out of hitting a handkerchief outside off stump five times out of six, and now he wonders if his young charges will have that opportunity – or if they’ll be put off by a glance at the economy rates of modern white-ball bowlers.

But this is a generation brought up on the IPL, and those who have the nous and skill to keep the batsman guessing have a shot at a lucrative career.

With a new, even shorter competition just around the corner, and with the ECB promising excitement and adventure (translation: runs) to attract a whole new audience to the game, the Age of the Batsman shows no sign of ending.

And in the Age of the Batsman, it’s the bowler who is worth his weight in gold.