Alastair Cook is one of the greatest batsmen ever to play in Test cricket, period. And England are lacking in quality batsmen with experience. Could it be a match made in heaven for later this summer?

Let’s face it, in sporting terms Cook had one of the most perfect send-offs you could ever wish for as a player. Having struggled all series against India last year, he announced that he would hang up his boots at the end of the fifth and final Test, but there were still a couple of landmarks within reach.

And in what can only be described as a piece of wonderful, beautiful poetry – he did it. In his 161st Test, he made a score of 147 in the second innings, becoming the first ever player to score a century in his first and last Test match, and in the process overtook Kumar Sangakkara to become the fifth highest run scorer and the highest scoring left-hander in Test history.

The thing is, when you look at Cook’s list of accolades, it is actually quite ridiculous. It’s like EA Sports cricket games back in the day, when you could create your own player and max out every ability possible – but even then you had to know how to work the controls.

It goes on: He has the most Test runs for England by over 3,500 runs (sorry Goochy), he was the first English cricketer to be involved in 50 Test wins, he’s the all-time highest non-Asian run scorer in Asia and he holds the record for the most consecutive Test matches played.

But of all those tremendous achievements, two lend themselves to this argument more so than any other: he is England’s most capped Test captain (and player in general) and he has the most Test centuries of any England player ever. That represents longevity at an elite level.

England’s struggles down in the Caribbean in those first two Tests have been well documented. Kemar Roach took five for 17 to bowl England out for 77 in Barbados, despite the fact the hosts had made 289 in their first innings and captain Jason Holder scored 202 not out to lead them to 415 for six declared second time around. Eight wickets for Roston Chase wrapped up victory.

England then subsided for 187 in Antigua, Roach taking four for 30. The Windies made 306 and England limped to 132 to narrowly avoid an innings defeat, but they have made only three half-centuries and only Jonny Bairstow and Rory Burns have over 100 total runs. Moeen Ali hit 60 in the first innings in Antigua but has 64 from four innings overall.

Through the first two Tests, England’s average runs per wicket was a pathetic 16.05. In Barbados, the opening pair of Rory Burns and Keaton Jennings combined for just 19 runs in the first innings, and the first wicket fell on 23 on the final ball of the ninth over. In the second innings things got a bit better as the pair put on an opening stand of 85, with Burns notching 84 but Jennings limping to 14 off 84 balls and never really looking in control.

Burns, Jennings and Denly represented England’s most inexperienced top three since 1989, with just 22 caps between them. Eleven of England’s last 26 debutants have been players in the top three. There is a real problem here.

Joe Denly came in to partner Burns for the second Test in Antigua, and the results weren’t much better. Burns managed just four, Denly managed just six and the opening wicket fell in the fifth over. They did put on 35 for the first wicket in the second innings, scoring 16 and 17 respectively, but ultimately given the circumstances it was yet another effort that fell well short.

Jennings ‘earned’ a recall, and on England’s first innings in St Lucia, he and Burns put on 30 for the opening wicket, but again the former struggled – notching eight. He got 23 the second time round, though Burns fell for just 10 and the first wicket fell on 19.

So across the six innings out in the Caribbean, England’s average opening stand was 32, and even that is heavily skewed by the second innings effort in Antigua when the team were basically out of the game. Joe Root’s top two made a total of 230 runs in 12 innings; an average of just over 19.

It is important to acknowledge at this point that England travelled to the West Indies off the back of a hugely impressive series win out in Sri Lanka in testing conditions. But Test cricket moves fast; it can be a brutal and unforgiving mistress, and cracks appear at the times when you least expect it.

Mitchell Starc, Josh Hazlewood, Pat Cummins and even Nathan Lyons to an extent must have been licking their lips and England’s top order folded on several occasions with such little resistance. The lack of application was quite frightening at times, as if each spell from Kemar Roach, Roston Chase, Jason Holder and co. was an unstoppable tide.

Strangely enough, while this was unfolding a certain Mr Alastair Cook was sat up in the BBC press box discussing the utter train-wreck occurring before his very eyes. He was witnessing mistakes and complacency that, for the vast majority of his England career, he would never have shown.

Cook lifted the lid on the thought process behind his retirement when speaking to Jonathan Agnew, and actually stopped short of ruling out a potential return.

“I retired because I had done my bit,” he told BBC 5 Live.

“I’d had enough of performing at that real elite level. I loved my time playing for England. It was fantastic. I lived my dream for 12 years.

“I got to the point where I wasn’t quite good enough, I wasn’t delivering the goods I would have liked to have done. It was that top little bit of my brain was slightly different.

“You can never, never, never say never because you just don’t know what the situation is. But it would be very, very, very unlikely ever to play for England again.”

Never say never, but very unlikely. So what could change that?

Well, for starters the 34-year-old will be playing for Essex in the County Championship this season, and a quick look at the schedule reveals they will play 10 four-day matches between the start of the 2019 campaign and the first Ashes Test in August.

Cook has over 22,000 first class runs at an average of 47.4 – which is an absolutely absurd record in itself – with 63 centuries. It would be fair to assume he will score a shedload of runs in his time with Essex between April and August, and he notoriously loves Chelmsford – where they play half of those 10 games.

Interestingly, he will also play at The Oval in April and Headingley in early June, and you can be sure that England selectors will have a keen eye on those particular games.

Of course, it’s worth acknowledging at this point that England do have a one-off Test against Ireland at Lord’s towards the end of July, but this should be treated as a warm-up more than anything, and a decision over the order for the Ashes will have almost certainly been made by then.

Let’s say Cook racks up 600-700 runs in that period before August, he’s feeling in fantastic nick and seeing the ball like he always has – do you really think a return for the Ashes will be completely off his mind? 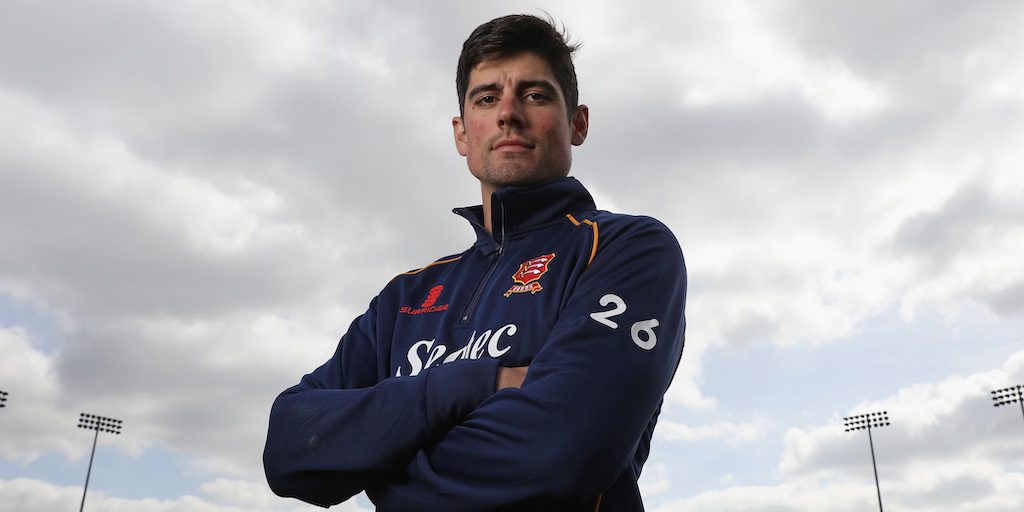 Obviously there is a sentimental element that needs to be considered here. As aforementioned, his send off in that final game against India was absolutely perfect, as fitting a swansong as England’s greatest ever batsman could have hoped for.

Would he really want to come back and almost erase those memories? Despite all his accolades and achievements within the game, and the unfathomable amount of respect he has from fellow professionals and fans, could a failed comeback somewhat taint his legacy?

Given that Cook has alluded to mental exhaustion in the past, there are all things that will be flying through his brain if a return to the fold ever becomes tangible. Alas, when you break it down into black and white England have a need, a hole in the line-up if you will, and the best to ever perform in that hole is still an active player and is less than six months removed from the amphitheatre of international cricket.

Then there’s the off-field element which may perhaps go somewhat under the radar. England have a young team, a team that is growing and learning all the time but is making mistakes. Joe Root, despite being 28, still feels like a relatively inexperienced captain and one whose own form has come under scrutiny since he took the reins.

If Alastair Cook – a man who won the Ashes four times as a player – strolls into that dressing room, there’s instantly a comfort blanket there. The players will be looking at each other thinking ‘This guy has been here before, he knows what to do, he knows the pressure and the weight of expectation and how to cope with that’.

That alone could have a monumental impact on England’s hopes. They may be heading into the series as favourites, but Trevor Bayliss will be well aware that it just takes a bad first Test at Edgbaston – a bowler-friendly ground known for low scores – and things could very quickly take a turn.

After his final innings, Cook admitted: “It doesn’t mean you haven’t got it sometimes and when it’s your day you can still score runs.”

That’s all we need, Cooky. We just need you to have your day three or four times in that series and that will be more than enough. When he’s in, he’s in. Once he starts going through the barriers; 20 runs, 30, 40; he is one of the hardest wickets to take, and that will still be true to this day. You never lose that rhythm, it just sometimes takes some finding again, even if it is on a beach.

As Cook stood at the non-striker’s end on 120 during his final Test at The Oval, with his friends and family watching on and his team in a strong position, Virat Kohli whispered to him: “Are you already regretting your decision?”