Home Dan Liebke Why Cricket is the Greatest Sport No. 8: Bits and pieces cricketers

Why Cricket is the Greatest Sport No. 8: Bits and pieces cricketers 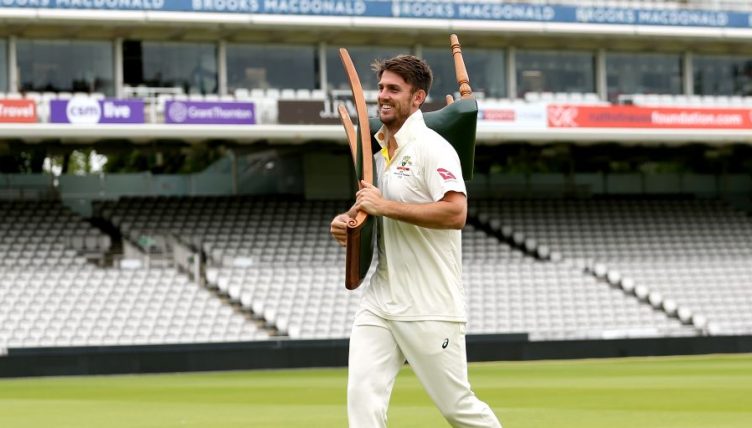 Here’s a quick peek behind the scenes on how I write this column. Every time I’m reminded of a thing that I love about cricket I add it to a big list I keep of reasons why cricket is the greatest sport. Fortunately, since cricket is such an incredibly brilliant sport, these reminders come in much more often than once a month.

Now you might think, therefore, that since this column is merely a monthly exercise, that the list will expand forevermore, much like reasons to make fun of The Hundred or words written about Steve Smith’s batting.

But this is not necessarily the case, since I also need to get a certain amount of words written on each of the things that make the game brilliant and, sadly, not all topics on the list merit the requisite number of words.

For example, ‘knights’ is a topic on my list but other than marvelling at the prospect of Sir Richard Hadlee bowling to Sir Donald Bradman while both wear suits of armour, it’s difficult to see what much else there is to say. I could perhaps expand into other fields of nobility, talk about Paul Collingwood’s MBE, make a few references to Lord’s or Kings of Spain or whatnot. But it’s not going to get much further than that.

Or ‘beamers’. Now, beamers are undeniably brilliant things, especially the fact that nobody ever bowls an intentional one. Not even when they accidentally bowl them at the precise batsmen who they would most like to see beamed, were they to do it on purpose,

which of course they would definitely never do. And maybe I could make the case against the illegality of the beamer and recommend instead that batsmen sort themselves out and learn to watch the ball a little more closely as it leaves the hand. I’d go on to argue that a beamer should be a perfectly legitimate bowling variation, like a wrong’un or a yorker or an over from Matthew Wade. But, again, it’s a topic that’s unlikely to warrant an entire piece’s worth of words.

So, instead, let’s look at bits and pieces cricketers, the poor man’s all-rounder.

All-rounders are like gold in cricket. In the sense that if you’re going to locate them amid the surrounding worthless sediment, you’re going to have to search long and hard, usually by panning in creek beds or other sources of alluvial deposits and very often during a mid-1800s gold rush.

Look, that’s not a very good analogy. But that’s okay, because, as mentioned, I’m here to talk about not very good all-rounders.

There are, as we all know, multiple levels of all-rounders. At the very peak are your Ellyse Perry-types. Players who could represent their nation not just based on their elite prowess in one skillset, but on either one of two. (Or three, if we’re allowed to include other sports. Absolute nonsense of a human being is Ellyse Perry.)

At the next tier down there are bowling all-rounders. Players who are in the side for their bowling prowess but who are also sufficiently handy with the bat that they can contribute valuable runs regularly enough to be a thundering nuisance for opposing sides. Just below the bowling all-rounder is their misshapen twin, the batting all-rounder. Batting all-rounders are ranked lower than their bowling brethren as a natural consequence of the inherent cricket imbalance of everybody being required to bat but not everybody being required to bowl (cf. reason number two why cricket is the greatest sport – tail-enders).

We shan’t get into the sorry mess of where to place wicketkeeper-batsmen on this list of theoretical all-rounder rankings. As far as I can tell, the whole concept of wicket-keepers who can bat being considered all-rounders only arose because Australia couldn’t find an Andrew Flintoff equivalent after the 2005 Ashes. And so, in magnificently Australian fashion, they moved the line of what could be considered an all-rounder. Right over to a spot near where Adam Gilchrist stood.

Unlike wicket-keeper batsmen, however, bits and pieces cricketers definitely should be included among all-rounders. And they should equi-definitely be included at the very bottom of the list. Although, in terms of interestingness and reasons why cricket is the greatest sport, it should comes as no surprise that they belong at the very top.

Bits and pieces cricketers cannot justify their spot with either bat or ball alone. They merit inclusion only if their skill sets are considered cumulatively.

Theoretically, there should be no problem with this. If, as seems logical, there’s a baseline of cricketing prowess that’s needed to merit a spot in an international cricket team, then surpassing that baseline via the sum of two skills should be just as valuable as surpassing it with only one skill. A batsman with a skill level of 1.3 times the minimum baseline, for example, should probably be just as useful as a player with a 0.7 skill level in batting and a 0.6 skill level in bowling.

In practice, of course, that’s not the case. At least, not in the eyes of most fans, commentators and players. Instead, every performance below the baseline with either bat or ball seems to be considered as a negative, and it’s those negatives that are instead accumulated until you’re left with a million twitter jokes about Mitchell Marsh, at least 300,000 of which I’ve personally contributed.

Big fan of the Australian huddle getting ready for the final day by having them all laugh at Mitchell Marsh. #Ashes

This defiance of the basic principles of summation is what make bits and pieces cricketers both a) a perceived epithet that Sanjay Manjrekar can use to infuriate Ravi Jadeja and b) yet another reason why cricket is the greatest sport.

If you prefer, think of a bits and pieces cricketer as like writing an article about why cricket is an outstanding sport and rather than having one good theme for the argument, instead cobbling something together from nonsense concepts such as Sir Curtly Ambrose galloping in on horseback to joust with Adam Gilchrist via the medium of head high full tosses.

Done right, it could conceivably work, but instead it fails to satisfy on any of the individual components, making the whole a shameful mess. All of which, of course, also makes it a superbly accurate meta-metaphor of which I’m justifiably proud.

So I’m sorry, and you’re welcome.