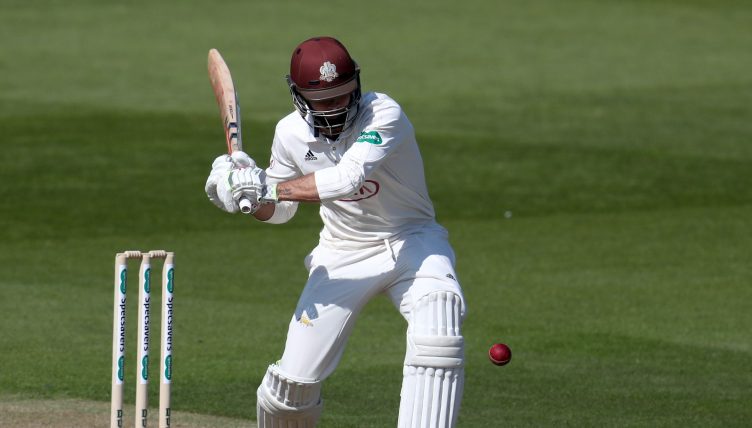 Ben Foakes provided a timely reminder of his quality with an unbeaten 88 for Surrey against Kent at the Oval, but the visitors remain on top after day two of their South Group fixture in the Bob Willis Trophy.

After being released from England’s bio-secure Test ‘bubble’, the wicketkeeper made up for lost time in his first red-ball innings for his county since last September.

Foakes will resume 12 short of a century after a high class 145-ball innings, which included 14 fours, but Surrey are 239 for seven in reply to Kent’s 342 following three wickets for 44-year-old Darren Stevens.

An intriguing battle is taking place between South Group rivals Middlesex and Sussex at Radlett with Tim Murtagh’s late burst wrestling back momentum to the home side.

In reply to 293, the hosts could only manage 203 despite John Simpson’s counter-attacking 48 with England hopeful Ollie Robinson overshadowed by fellow bowler Jack Carson, who picked up four for 46.

Sussex would have been eager to build on their 90-run lead and yet Murtagh snapped up three for 16 to reduce the away side to 33 for four at the close.

Hampshire and Essex continue to be frustrated by rain after only 47 overs of play were possible at Arundel.

It was enough time for Sir Alastair Cook to close in on another hundred, with the former England captain 75 not out and the County Championship winners on 146 for two.

In the North Group, Haseeb Hameed, who opened for England alongside Cook as a teenager in India four years ago, continued his good start to life at Nottinghamshire.

He made 87 and put on 200 for the first wicket with Ben Slater, who hit 86, to leave their side on 221 for two, just one short of Leicestershire’s day-one total.

Durham captain Ned Eckersley made the most of a limited amount of time in the middle at Emirates Riverside to move to 78 not out with a big helping hand from Paul Coughlin, who hit 90 to guide their side to 337 for nine.

With the hosts on 219 for six and the skipper unbeaten on 22 at the start of play, he put on more than 150 for the seventh wicket with Coughlin against Derbyshire on a day where fewer than 30 overs were possible.

More play occurred in the battle of the Roses and Yorkshire opener Adam Lyth needs 14 runs when he resumes to reach his century.

The opener found allays hard to find in a 197-ball knock with a fine team bowling display by Lancashire reducing the hosts to 178 for six at Emerald Headingley.

Somerset will hope the weather does not deny them this time after they closed in on a win in their Central Group match with Gloucestershire.

Craig Overton’s four for 25 ensured the visitors were dismissed for 76 at Taunton and it was then over to captain Tom Abell and Tom Lammonby to force the issue.

The duo finished unbeaten on 101 as Somerset declared on 223 for one to set an unlikely victory target of 385 with Gloucestershire reduced to 14 for three at stumps.

Charlie Thurston’s maiden hundred put Northamptonshire in a strong position on 288 for five at home to Glamorgan.

He put on 176 for the second wicket with opener Ben Curran, who added 82, before two scalps for Timm Van Der Gugten helped the visitors hit back.

An unbroken opening stand of 170 for Worcestershire saw them respond in their home clash with Warwickshire.

Warwickshire captain Will Rhodes moved his overnight score from 142 not out to 207 to help the away side declare on 355 for nine, but half-centuries for Daryl Mitchell and Jake Libby left the fixture evenly poised.