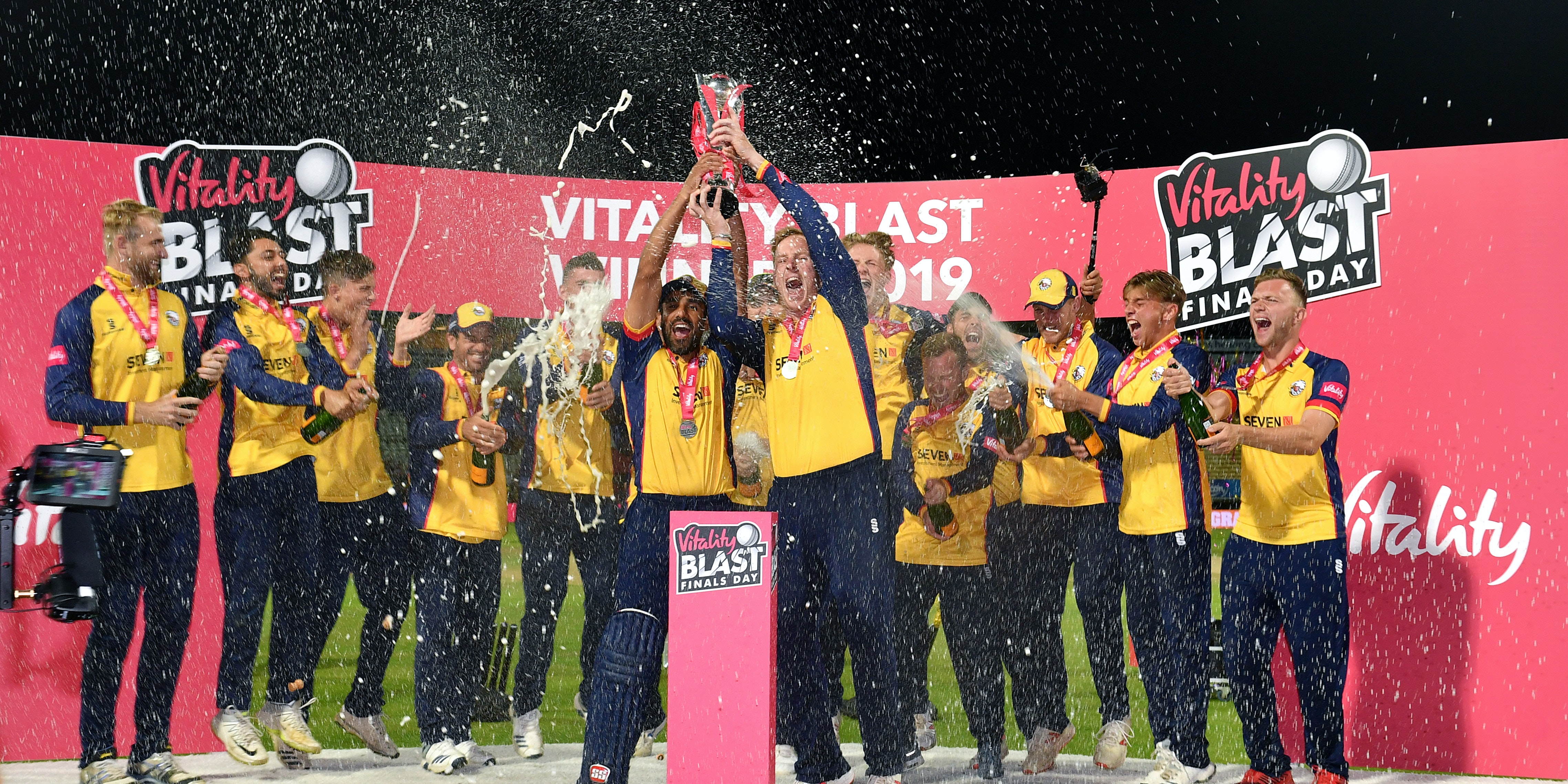 The 2020 domestic season will conclude with Vitality Blast Finals Day at Edgbaston on October 3, opening up the possibility for some fans to be in attendance.

It has also been confirmed the five-day final of the Bob Willis Trophy will take place at Lord’s from September 23.

The England and Wales Cricket Board published the fixtures for this year’s Twenty20 tournament on Wednesday along with the details for the Rachael Heyhoe Flint Trophy.

Quarter-final matches will be played on October 1 with all of the white-ball knockout games, including the Rachael Heyhoe Flint Trophy final and Vitality Blast Finals Day, assigned reserve days.

The last-eight ties and Finals Day have been scheduled for October to allow for the possibility of crowds, the PA news agency understands.

The ECB will continue to work closely with the government and follow their advice as to what a safe return of crowds might look like, but there is a hope the domestic season could culminate with some supporters in attendance.

Vitality Blast holders Essex will start the action on August 27 with a home fixture against Middlesex while Yorkshire’s clash at Emerald Headingley with Nottinghamshire later on the same day will be broadcast live on Sky Sports.

Like in the Bob Willis Trophy, the Vitality Blast has been regionalised into three groups – South, Central and North – with each county set to play 10 group-stage matches behind closed doors.

The Ageas Bowl and Emirates Old Trafford, which have hosted England’s internationals this summer, will be used by Hampshire and Lancashire respectively while Middlesex will return to Lord’s for the Vitality Blast after hosting Bob Willis Trophy fixtures at Radlett.

The Rachael Heyhoe Flint Trophy will start on August 29 with the eight teams involved to face each other twice over the August Bank Holiday weekend and the final to occur on September 26 at a venue to be confirmed.

Created for this summer only, the special-edition competition was produced to ensure women’s domestic cricket is played despite the challenges of Covid-19.

ECB chief executive Tom Harrison said: “After a challenging few months it’s really exciting that we can look forward to three domestic finals at the end of the summer.

“It promises to be a thrilling climax to the season, and something members, fans and everyone involved in the game can look forward to.

“The prestige of a Lord’s final for the Bob Willis Trophy will provide an even greater incentive for the first-class counties, and it’s pleasing to see so many people watching the high-class entertainment via the enhanced live streams the counties have invested in.

“Finals Day at Edgbaston will also ensure the men’s county cricket finishes the season on a high.

“I’m also proud that we will stage the Rachael Heyhoe Flint Trophy in honour of a true great of our game both on and off the field.

“Rachael’s determination to give women’s cricket the platform it deserves is a legacy that must endure through these difficult times as we continue the journey to professionalise the women’s game.

“This summer’s tournament will be another important step on that path.

“The fact we’ve been able to get so much domestic cricket played this summer owes to the collaborative efforts of the county network and their willingness to find a way to get the game on in the safest way possible for all involved.

“There will be many more challenges ahead, but the unity and spirit shown during this summer has been a tribute to the county network as we work together to grow our sport.”