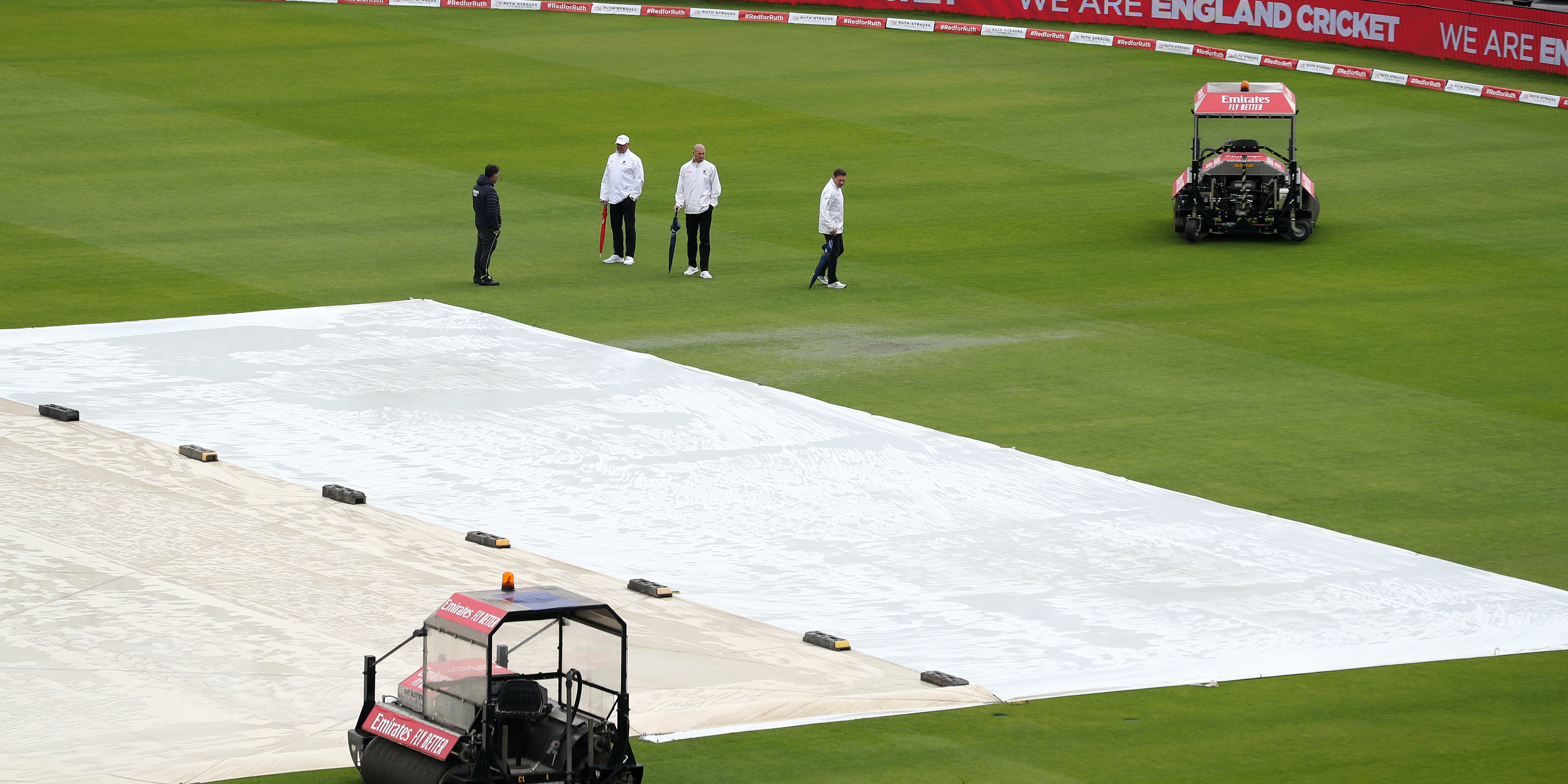 England’s hopes of a series-clinching victory over the West Indies and Stuart Broad’s pursuit of a 500th Test wicket were frustrated by rain as play was washed out without a ball bowled on day four at Emirates Old Trafford.

The covers remained defiantly in place throughout the day as persistent, heavy showers set in over Manchester, halting the home side’s charge after they dominated with bat and ball on Sunday.

The match officials accepted the inevitable shortly after 4pm.

Having set the Windies a notional target of 399, Broad reduced them to 10 for two with his seventh and eighth wickets of the match.

That took the 34-year-old seamer to 499 career scalps and it is now a question of when, not if, he joins team-mate James Anderson in the exclusive 500 club.

Only six bowlers in history have achieved that mark, with Anderson, Glenn McGrath and Courtney Walsh the only pacemen.

The bad weather has played into the West Indies’ hands, knowing a draw is enough to see them retain the Wisden Trophy. But with 98 overs possible on Tuesday England will still hope to have enough time to seal a 2-1 win.