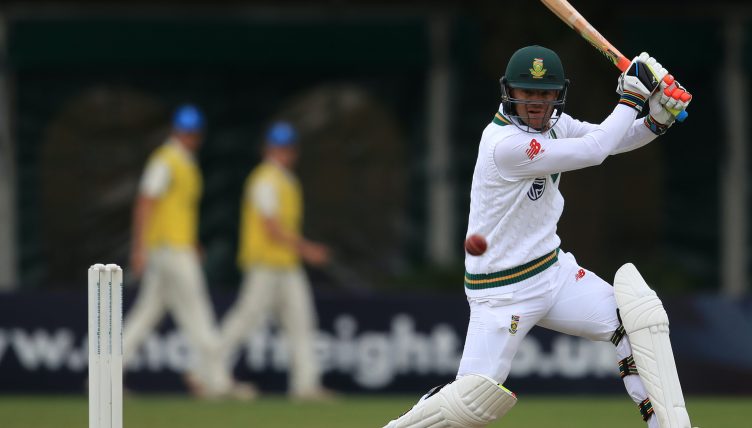 Tom Westley’s first day as captain since replacing Ryan Ten Doeschate during the winter proved tricky, with the visitors ending on 344 for six.

Kuhn’s innings of 140 not out was the bedrock of a superb total for Kent, who were indebted to Ollie Robinson’s 78.

Jamie Porter and Sam Cook combined for five wickets and had reduced the away side to 23 for three in the morning session, but it was downhill from there.

Before the start of play in each of the nine fixtures, squads from all 18 counties observed a minute’s silence as a mark of respect for those affected by coronavirus and decided to take a knee to promote racial equality.

Kuhn was not the only man to hit a hundred in the South Group, with Nick Gubbins unbeaten 150 guiding Middlesex to 264 for four against Surrey at the Kia Oval.

A crowd of 2,500 was expected before Prime Minister Boris Johnson called off the return of fans on a pilot basis to sporting events on Friday afternoon.

Had people been in attendance, Gubbins would have been afforded huge applause after he scored only his second first-class century in three years.

Surrey’s stand-in captain Rikki Clarke was the pick of the bowlers for the hosts with two for 33.

Wickets tumbled in the other South Group fixture, where Hampshire dismissed Sussex for 176 at Hove after Mason Crane and debutant Ajeet Dale claimed three wickets apiece.

Phil Salt top scored for the home side with an 83-ball innings of 68 and they fought back late in the day to reduce the visitors to 77 for four, with Ollie Robinson the pick of the bowlers with two for 29.

England bowler Olly Stone showed his class with a four-wicket haul for Warwickshire at home to Northamptonshire in the Central Group.

Only 29 not out from Luke Procter enabled the visitors to reach 142 before they were all out at Edgbaston and Robert Yates’ unbeaten half-century had the hosts just 13 runs away from a lead going into the second day.

With six wickets in hand, Warwickshire are in a strong position and Stone’s four for 39 is a big plus point for England after the seamer struggled with injuries in 2019.

Elsewhere in the Central Group, Charlie Morris inspired a late Worcestershire fightback at Gloucestershire with three wickets in 18 balls.

A 127-run partnership between Chris Dent (92) and Graeme Van Buuren had their team well placed on 205 for two, but they lost six wickets for 41 runs to leave the match finely poised.

Wicketkeeper Steven Davies and Jack Brooks frustrated Glamorgan with a 107-run 10th-wicket partnership at Taunton to help Somerset post 296 all out.

Ruaidhri Smith’s three for 41 had the 2019 County Championship runners-up in all sorts of trouble on 149 for eight.

But Davies stuck around to score 81 not out and Brooks smashed two maximums and nine fours in a sparkling 72 off only 58 balls.

Rain affected Yorkshire’s efforts at Durham in the North Group but they still put down an early marker.

A disrupted first session failed to stop Ben Coad picking up four wickets after lunch to ensure the hosts were dismissed for 103 inside 59 overs at Chester-le-Street.

Yorkshire had almost reduced the deficit by the close but the wicket of Tom Kohler-Cadmore after a run-a-ball 41 briefly halted their momentum as they finished on 84 for four.

Lancashire captain Dane Vilas fell 10 short of a century after he helped his side fight back from a poor start at their temporary base of New Road.

With Emirates Old Trafford being used by England for their Test series with Pakistan, the Red Rose are without a home, but ended an encouraging day one against Leicestershire on 265 for six after Steven Croft added 63.

The Trent Bridge club started well an opening partnership of 111, but Chris Nash’s departure for 59 saw them collapse to 192 for seven.

It took some lusty blows from Samit Patel in his 63 to get them over the 300-mark and up to 324 before Derbyshire ended the day on nine without loss.