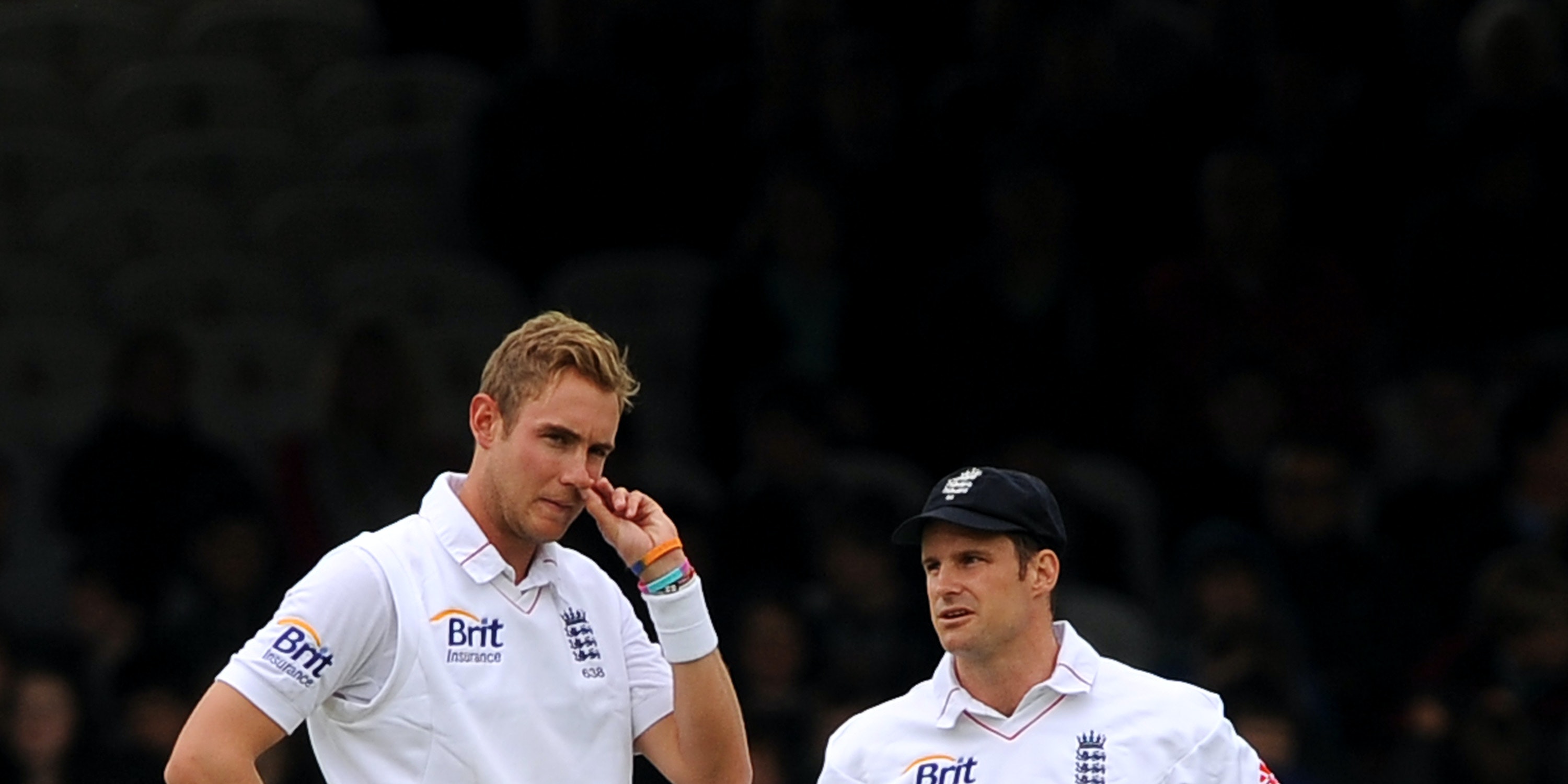 Sir Andrew Strauss believes Stuart Broad’s competitive streak has helped him find the form of his life as he prepares to enter one of Test cricket’s most exclusive clubs.

A washout on day four of the deciding third Test against the West Indies meant Broad spending a second successive night on 499 career wickets, while his side’s charge towards a series-clinching victory was also halted in its track.

Broad already taken combined figures of eight for 39 in the match and, with eight more West Indian scalps up for grabs, it is almost inconceivable that he will have to wait too much longer.

Strauss has known Broad for almost 15 years, playing 47 Tests with him and captaining 38 of those, but cannot remember the seamer looking more consistently dangerous than he is right now at the age of 34.

Since the start of 2019 Broad has taken 66 wickets at 21.19 – well below his career average of 28 – and Strauss believes the decision to leave him out of the side as part of a rest and rotation strategy for the first Test of the summer has driven him to new heights.

“I honestly don’t believe Stuart Broad has bowled much better than this,” said Strauss, who has helped raise more than GBP 655,000 for the Ruth Strauss Foundation over the past four days.

“When we look at all of his attributes, you can talk about his height and pace but it’s actually about his competitiveness as we have seen it this year.

“He is at his best when he has something to prove. He’s had the bit between his teeth in these last two Test matches and that has served him particularly well over the course of his career.”

Strauss recalls coming across Broad as a highly rated youngster before he made his England bow, already aware of his outstanding ability but unable to predict the kind of longevity he would show over the last 13 years.

“I remember the first time I played with him was in an England Lions game – he was very young at the time. He was probably 20 years of age and fast making a reputation for himself in the county game,” Strauss recalled.

“There was obvious talent and he was comfortable on the big stage, delivering under pressure. It was clear he had most the assets you needed as a fast bowler: quick enough at 80-85 mph, obviously a lot of height and an ability to swing ball away from right-hander. He also had real knack of getting wickets with not great balls, which was a good knack to have.

“But there have been so many bowlers whose star has shone for a year or two then either they have been worked out or their confidence has deserted them and they’ve been cast aside. I don’t think anyone could have said he’d reach 500 wickets but people thought he had the potential to have a long-term England career.”

Strauss, who served as managing director of England cricket after his retirement and currently chairs the ECB’s cricket committee, also cautioned against drawing the curtain too quickly on the era of Broad and James Anderson, who took his 500th Test wicket in 2017.

“It goes without saying they are two of England’s greatest of all time and what has really impressed me with both them is their hunger to continue,” said Strauss.

“Let’s write them off at our peril and let’s not be in a hurry to pension them off because they have both got a lot more to offer England.

“It’s really healthy there’s competition for places and some of these young guys are putting their hands up and showing they are ready to play international cricket, but we need to savour and appreciate and enjoy every time that those two bowl together in an England shirt.”

Strauss has been overwhelmed by the response to the second ‘Red for Ruth’ Test, bringing in more than last year’s inaugural event during the Ashes game at Lord’s despite being played behind closed doors.

The coronavirus pandemic has been a tough time for charities but the money is now in place to expand the foundation’s work in the field of non-smoking lung cancers and pre-bereavement training for families.

“Everyone blown away, for us to go sailing past what we achieved last year is astounding,” he said.

“It was hard to know how it would land this year with all the focus on Covid-19 and the NHS but we’re extraordinarily pleased with the response.”