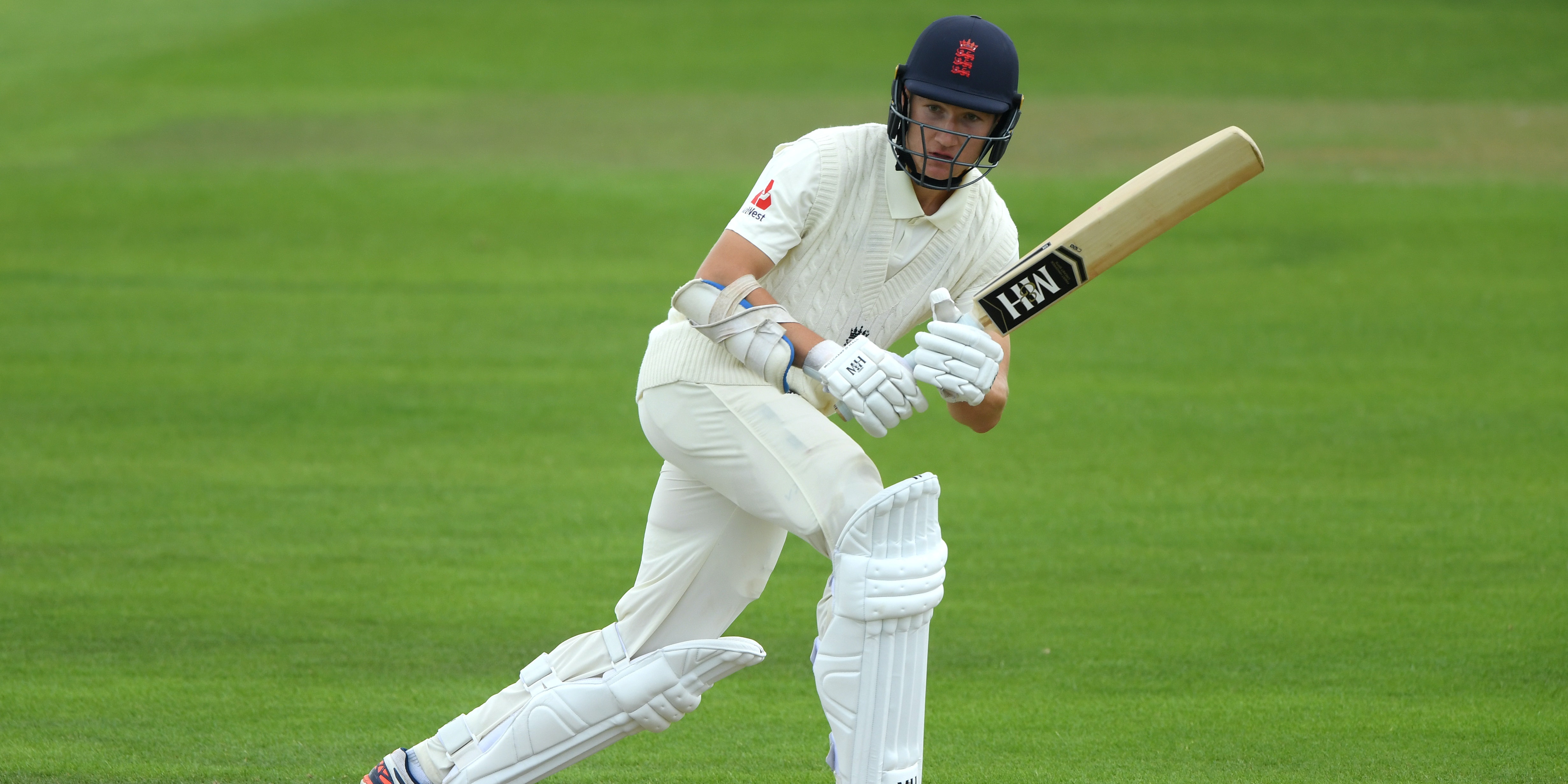 Newcomer James Bracey took his chance to catch the eye as England’s cricketers emerged from lockdown on day one of an internal match at the Ageas Bowl.

The last time an England side had taken the field was 111 days ago in Colombo – the last act of the abandoned Sri Lanka tour during the early stages of the coronavirus pandemic – and after that lengthy wait two came along at once: Team Buttler and Team Stokes.

Bracey, the uncapped Gloucestershire prospect, was one of the least well known players convened for a 30-man training camp in Southampton last month, but wasted no time underlining his credentials scoring 72 not out as Jos Buttler’s men posted 163 for two at tea.

Ben Stokes, who will lead his country for the first time in next week’s first #raisethebat Test against the West Indies, would have hoped for better having won the toss and opted to field.

Things might have looked better had he held Bracey on 14 off the bowling of Craig Overton, but that slip catch proved a rare mis-step for the 23-year-old. Asked to open the batting against an attack steered by James Anderson, he proceeded to hold his ground for four hours, facing 163 balls and hitting 30 in boundaries.

His top-order partner Rory Burns was the only wicket to fall in the morning, edging Overton behind to cap a bright spell from the Somerset seamer. Joe Denly joined Bracey in a stand of 98, with his knock of 48 in 102 balls falling largely into the template he has created over 14 Test caps.

Denly has yet to score a century in that time and his hopes of getting the taste for a major score were scuppered when he fell lbw to Anderson. England’s record wicket-taker was taking the field for the first time since breaking a rib in the New Year Test at Cape Town and, while a notch or two below his very best, he looked fit and reliable over the course of 14 overs.

The game began with a loosener from Saqib Mahmood, the ball disappearing down leg-side for four byes despite the best efforts of wicketkeeper Ben Foakes. That proved a false start, with the next ball flying past Burns’ outside edge.

Burns has been out of the picture for a few days longer than Anderson, rupturing ankle ligaments playing football ahead of the Newlands Test, and calmly reached 21 before nicking Overton behind.

Bracey found his feet after Stokes’ reprieve, taking the only boundary in a miserly six-over spell from Overton and successfully seeing off Anderson to reach 33 by lunch.

He profited from four overthrows after the restart, used his feet to heave Jack Leach for six over long-on and then brought up his 50 by chancing a quick single to mid-on. Moeen Ali hit the stumps but not quickly enough.

Denly’s progress was less serene, losing his off stump to a Mahmood no-ball on 12 and then ducking into a short ball. His most confident shot of the day – a swat for four back past Anderson – was immediately followed by an edge just short of Stokes and he was pinned in front as he closed in on fifty.

That allowed Essex batsman Dan Lawrence to arrive and make 12no before the break. Paceman Olly Stone was not involved for Team Stokes after feeling a tight hamstring.