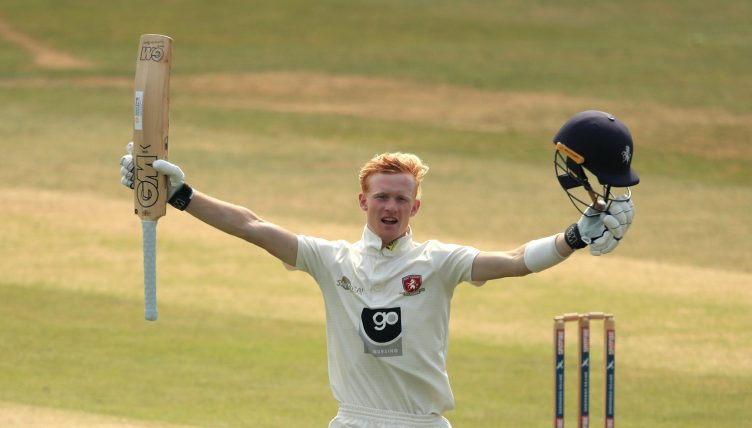 Kent batsman Jordan Cox will unavailable for the county’s Bob Willis Trophy match against Middlesex following a breach of the team’s Covid-19 protocols.

The teenager, who hit an unbeaten 238 in only his second first-class innings and shared a county-record stand of 423 with Jack Leaning in the victory over Sussex, broke the rules after leaving the ground.

Cox, who was hailed by England bowler Stuart Broad after the feat, took a photograph with a young fan in a breach of the social distancing protocols in place.

He will now have to complete a period of self-isolation and require a negative Covid-19 test before he will be permitted to re-join the squad.

“I am very sorry that this has happened,” Cox said in a statement released by the club. “I fully understand the consequences, and I want to apologise to everyone.

“I’m gutted to be missing the next match and I feel like I have let the team down.”

Kent director of cricket Paul Downton added: “It is unfortunate for Jordan that on the back of an outstanding performance, our team medical protocols were breached.

“We take these protocols very seriously and Jordan has no choice but to go into self-isolation.”