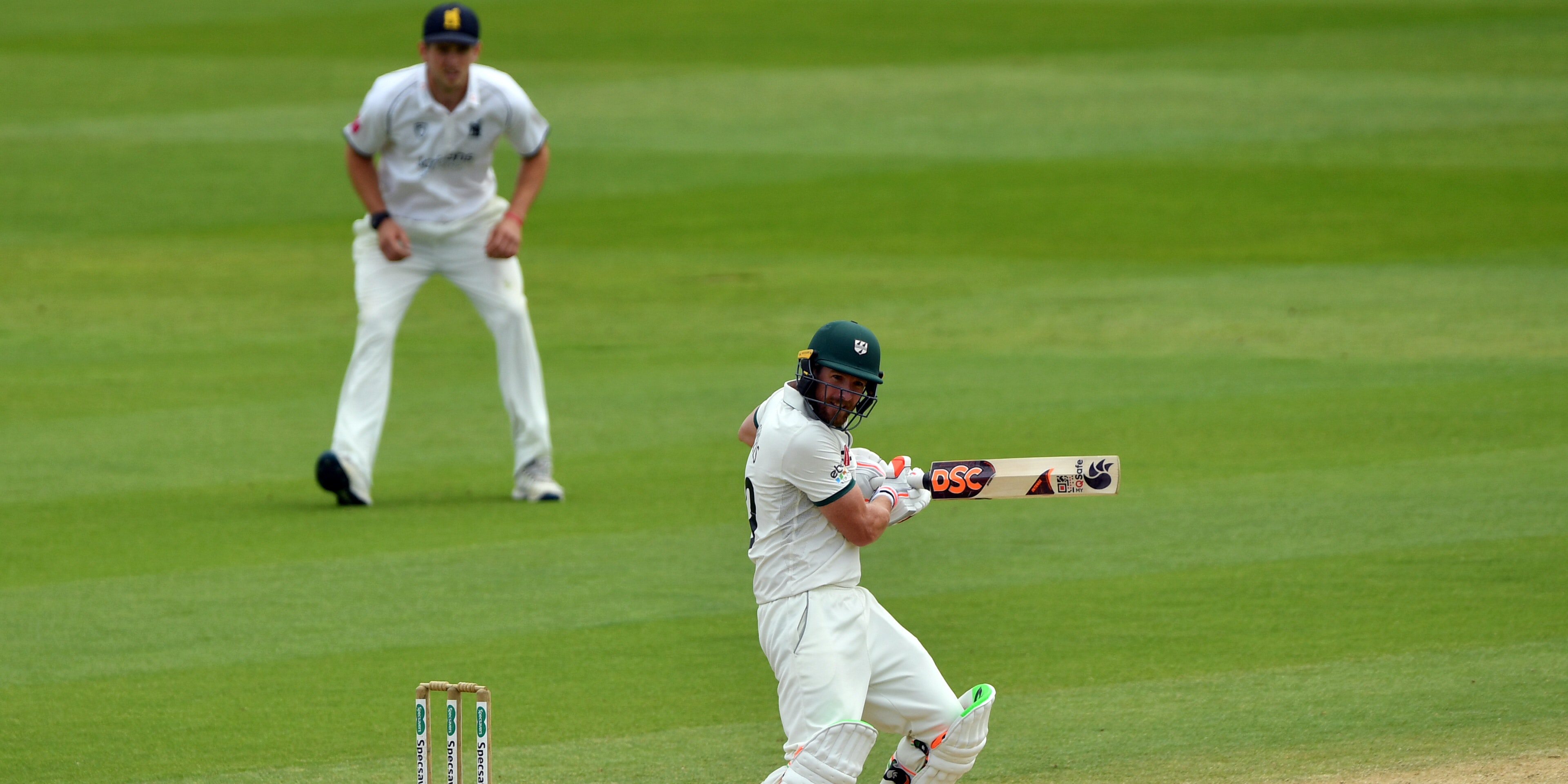 Riki Wessels’ 88 in 78 balls gave Worcestershire the upper hand against his former county Northamptonshire before rain intervened late on at Wantage Road.

The visitors posted 219, having slipped to 84 for five in their Bob Willis Trophy Central Group match, after losing their last five wickets for only seven runs in 30 balls.

But Ed Barnard claimed two for 12 in seven overs as Northamptonshire closed on 90 for four.

Somerset remain on course for a third successive victory despite rain holding up their advance against Warwickshire on the second day at Edgbaston.

Bad weather wiped out the morning’s play session and resulted in a total of 55 overs being lost during the day but Somerset still managed to advance their first innings to 214 for six for a lead of 93.

Steven Davies led the way with an unbeaten 56 from 85 balls, with Tom Abell contributing 41.

After no play on the opening day the hosts had struggled to 80 for five in two sessions after being put into bat.

Josh Shaw was the pick of the bowlers, accounting for both openers as he took two for 12 off nine overs.

Three wickets fell and 51 runs were scored as Durham slipped from their overnight 176 for three to 227 for six on a rain and bad light-affected day against Leicestershire.

Alex Lees added just two before he was out for 64 and although Jack Burnham hit six fours in his 66-ball 31 the visitors lost momentum.

In the battle of the North Group’s top two Yorkshire’s Dawid Malan hit two fours in the only over of the day at Headingley to move to 153 not out against Derbyshire and take the hosts to 288 for four.

Rain prevented a ball being bowled at Trent Bridge in the game between Nottinghamshire and Yorkshire.

Ian Holland’s maiden first-class five-wicket haul could not prevent the rain thwarting Hampshire at Surrey in the South Group.

The all-rounder added Laurie Evans and Gus Atkinson to his four wickets on Saturday to finish with six for 39 to leave the hosts in trouble at 130 for eight but rain only allowed 16 overs play on day two.

Simon Harmer produced another impressive performance for champions Essex, bowling 16 overs unchanged and picking up two wickets, to help reduce Sussex – resuming on 93 for two – to 155 for six before the players were forced off just before lunch with only 31 overs bowled.

Middlesex stumbled to 123 for six at Canterbury as Kent’s Fred Klaassen finished with three for 19, improving on his career-best first-class figures.

Resuming on 22 for one Sam Robson and Robbie White both made 36, the latter unbeaten, as the bowlers enjoyed the better of the conditions.