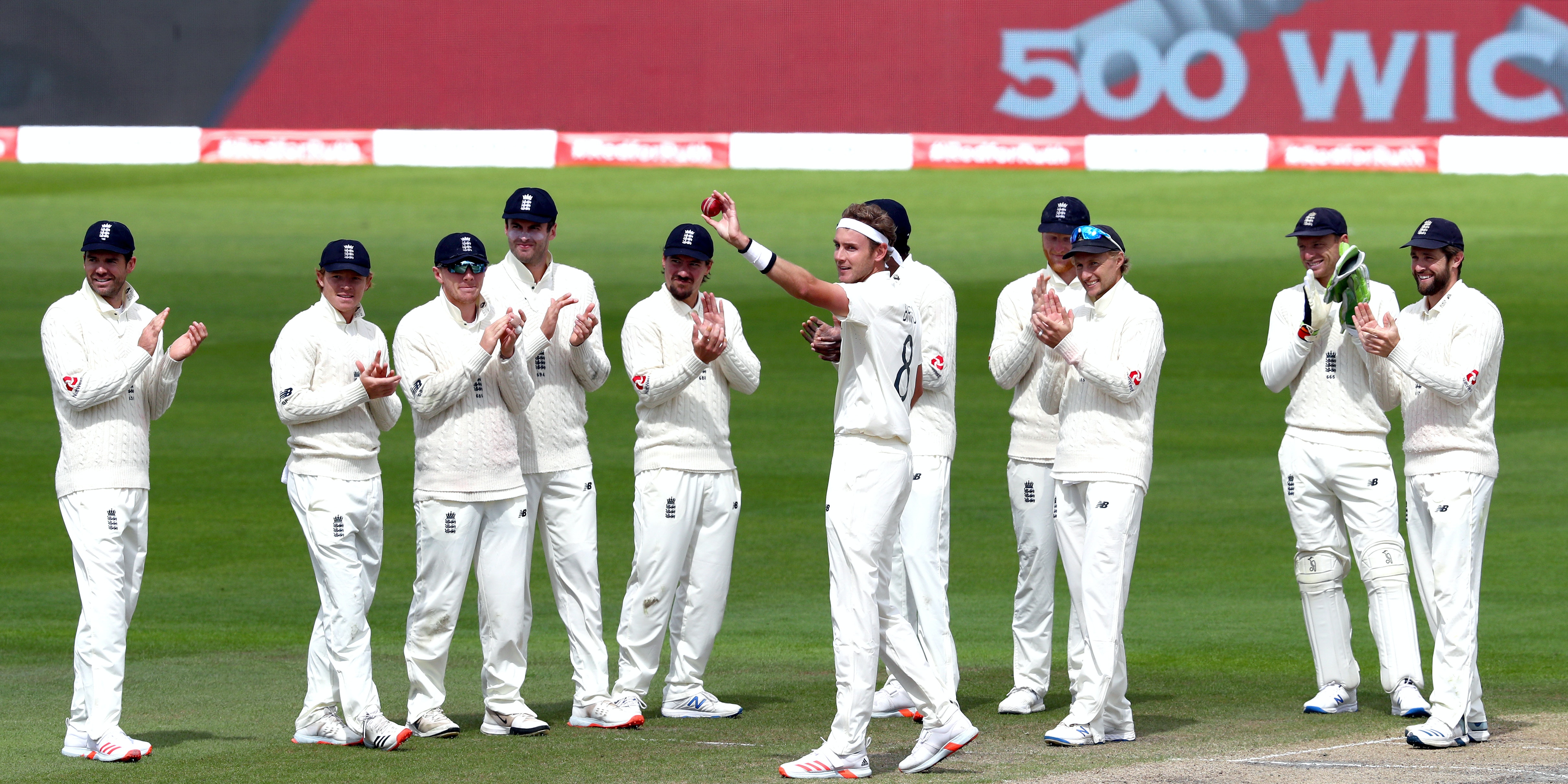 The seamer reached the milestone in the series decider against West Indies and is the seventh person to achieve the feat.

Here, the PA news agency takes a look at the other landmark wickets Broad has taken in the longest form of the game

Broad had to wait a while to bring up three figures after he suffered an injury during the 2010-11 Ashes series in Australia. Eventually the moment arrived against Sri Lanka at Sophia Gardens six months later, but only after a string of failed appeals and missed chances. With the second new ball old, Broad saw Thisara Perera mistime his shot and Chris Tremlett took the catch at mid-on to bring up the century for his fellow bowler, but with Sri Lanka heading for a big score, the celebrations were muted.

The next big scalp for Broad did arrive against Australia, but the celebrations were reserved for the man leaving the field. During the third Test of the 2013 Ashes series on home soil, visiting captain Michael Clarke was bowled by Broad to bring his 187-run innings to a close. It was a milestone for the Nottinghamshire bowler and yet he had much more to smile about in the next Test after taking a 10-wicket haul in the match to help England retain the urn.

Another Ashes series was the scene for Broad to bring up 300 Test wickets and it would set him on the path to arguably his greatest moment in an England shirt. In the fourth Test at his home ground of Trent Bridge in 2015, the seamer tempted Chris Rodgers to edge to Alastair Cook for a third-ball duck. It gave Broad his 300th wicket in the longest format but by the end of the innings he would be on 307 after claiming a sensational eight for 15 to dismiss Australia for 60.

There were more mixed emotions for Broad when he achieved this landmark in 2018 out in New Zealand after England had been bowled out for 58 earlier on day one of the first Test in Auckland. When Black Caps opener Tom Latham chipped to Chris Woakes late on, Broad had his 400th Test scalp and joined team-mate James Anderson in being the only other Englishman to reach that number.

After being left out of the first Test against West Indies, Broad made up for lost time with key wickets in the second match before he claimed his 19th five-wicket haul in the first innings of the series decider. It put the seamer on the verge of the 500-mark and he became only the seventh player to join the elite club when he had Kraigg Brathwaite dismissed lbw for 19 to put England on the verge of clinching the series.