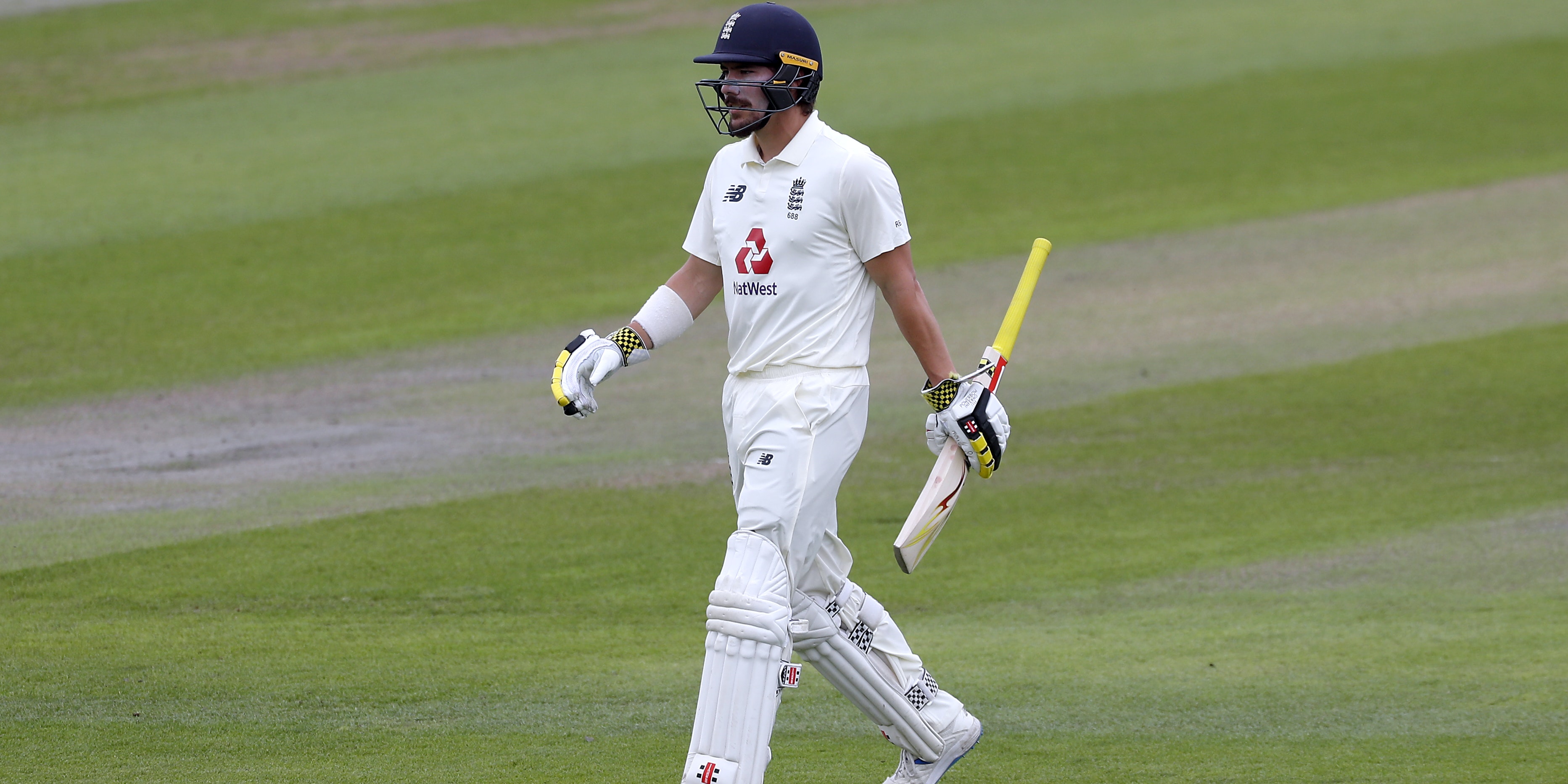 Just 10 full overs were possible on the penultimate day of England’s rain-ruined second Test against Pakistan, with Rory Burns the most frustrated man at the Ageas Bowl after falling for duck in the slim passage of play.

After losing the entirety of day three to bad light and showers, the majority of the scheduled 98 overs would have been needed to advance the match in any meaningful fashion but the teams were on the field for less than an hour in total before the skies in Southampton opened again.

Pakistan’s first innings, which began on Thursday morning, was finally drawn to an end for 236 when Stuart Broad dismissed top-scorer Mohammad Rizwan for 72, leaving England to take guard in gloomy, bowler-friendly conditions.

Burns was a virtually blameless victim, nicking an unplayable Shaheen Afridi delivery behind for a four-ball nought, and even though only five overs were possible before the covers were called on it was a surprise that he was the only one.

Dom Sibley and Zak Crawley were made to fight for survival off nearly every ball as Shaheen and Mohammad Abbas found movement through the air and off the pitch and clung in to reach seven for one before the weather set in.

With a grim forecast on the cards for Monday a tepid draw now seems the only possible outcome, preserving England’s 1-0 lead heading into the final Test of the series, and the summer, at the same venue next week.

Conditions were clear enough for play to begin at on time at 11am, though why English cricket is so inflexible on revising its starting time is an issue worth revisiting considering the fair weather and good light that had been in place over the previous hour.

Another few seconds were wasted by handfuls of sawdust being placed at the top of both bowlers’ ends – a job that could easily have been done beforehand – but hostilities were finally renewed as Rizwan heaved wildly and made no contact with James Anderson’s opening delivery.

A couple of scurried singles were all he managed from the first couple of overs as he attempted to shield number 11 Naseem Shah from the strike, but he did go on to take a couple of boundaries off Anderson.

Pakistan added 13 to the score in 5.2 overs, finally wrapped up when Rizwan was beaten through the air by Broad and sent a leading edge looping to Crawley at cover.

Finally it was time for England’s batsmen to see what the touring attack could do with the heavy cloud cover that has hung over the ground all week.

Burns had his answer quickly enough, nicking Shaheen’s first ball just short of slip and then succumbing to an even better fourth delivery. It was near perfection from the left-armer, demanding attention as it pitched in line and then swinging away as the bat came down to feed Asad Shafiq at second slip.

It was Burns’ second duck for England in 20 Tests and a third successive failure against Pakistan’s new-ball bowlers since signing off against the West Indies with a 90.

Crawley was up next after two games on the sidelines and was the subject of a DRS review for leg before wicket despite inside-edging his first ball from Shaheen.

Mohammad Abbas turned an equally devilish opening over, cracking Sibley on the hip with a ball that jumped off a length and ending with a sequence of two plays and misses and an lbw shout.

Crawley scored the first runs of the innings with a mishit for three and picked up another couple before Sibley also got off the mark with a push for two.

Neither man will have been too unhappy to see the umpires turn for the pavilion as a light shower began at exactly midday. That was the last action of the day, with the decision coming just before 4pm.