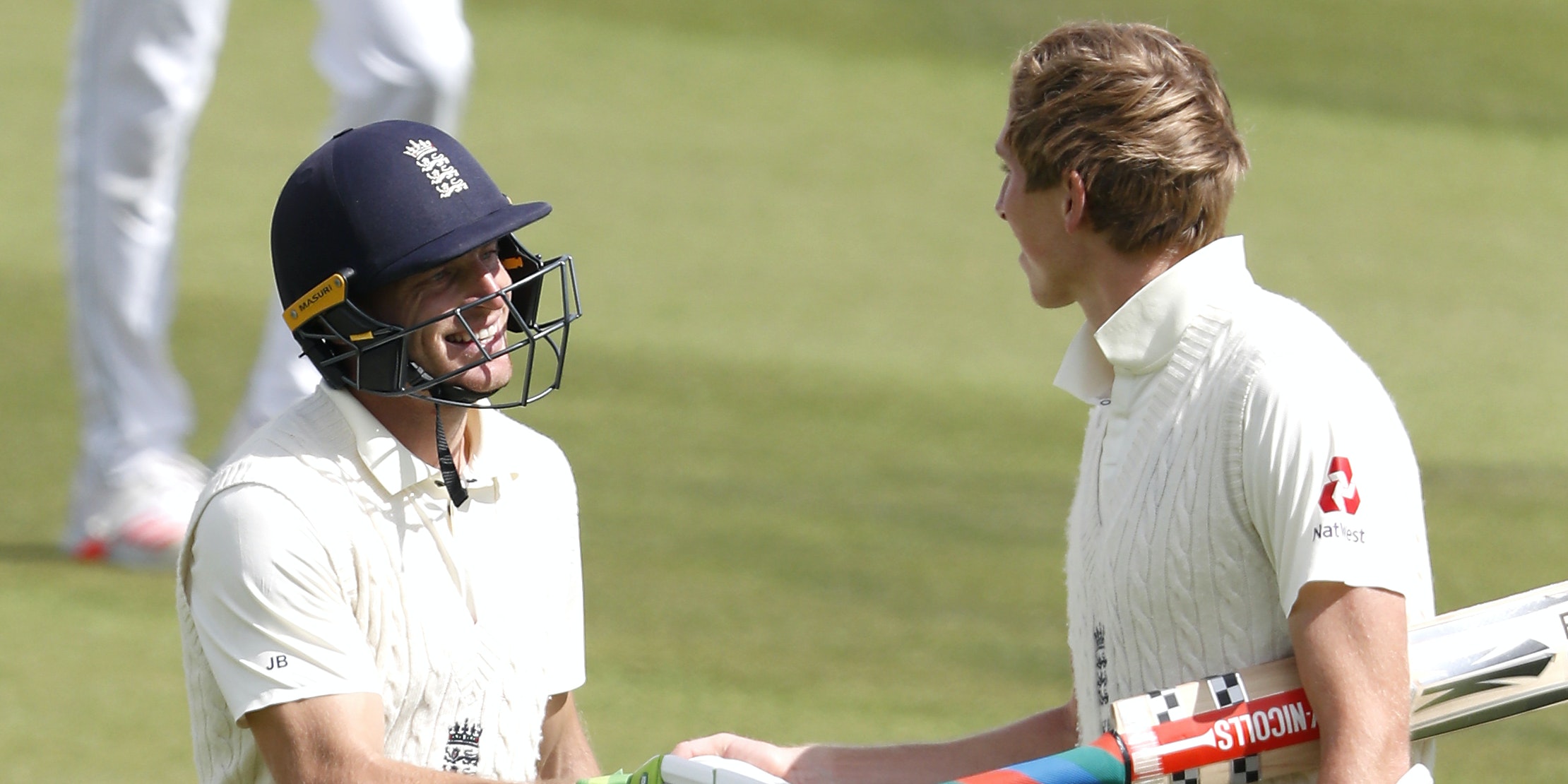 Zak Crawley produced a career-changing knock of 267 as he led fellow centurion Jos Buttler in a record-breaking partnership worth 359 in the third Test against Pakistan.

The duo came together at 127 for four on the first afternoon of this series decider at the Ageas Bowl and were not parted until they had taken the score to 486 – in the process creating a stand that will live among the best their country has seen. Buttler was still in place at tea on day two, with 140 not out in a total of 490 for five.

It was the joint sixth-highest partnership in England’s history and it was driven by a 22-year-old playing just his eighth Test match. Crawley finished with 34 boundaries and a six from his epic nine-hour stay, eventually stumped down the leg-side as he charged part-timer Asad Shafiq.

His innings was still good enough to become the 10th highest score by any Englishman in the format , joining some of the game’s all-time greats, and for a time it seemed almost inevitable that he would push towards a triple century.

As it was he would have to settle for becoming England’s youngest double centurion, after Sir Len Hutton and David Gower.

England began the day already having carved a handsome position, Crawley with 171 not out and Buttler 87no, with the stand already set at 205.

The first session was a stop-start affair, comprising 18 overs spread between three passages of play and interrupted by two rain showers.

It was understandably slow going in the circumstances, with Crawley needing 25 deliveries to score his first runs of the day – a welcome half-volley served up by Shaheen Afridi.

Initially, at least, he was happy to take a back seat to Buttler’s pursuit of a second Test century. It had been almost exactly two years since his first but his form has risen steadily in the past couple of weeks and he had never looked more determined.

Twice he was forced off the field by rain on 91 and, having successfully moved to 99, he found himself given out caught behind off the bowling of Mohammad Abbas. He instantly signalled for DRS, not willing to let an officiating error deny him his ton, and the replays showed the bat flicking pad not ball as it passed into Mohammad Rizwan’s gloves.

He reset promptly and stroked the next delivery between point and cover to reach a long-awaited three-figure score, 45 innings after his last.

Crawley was quiet before lunch, which was pushed back to 2pm as part of the new flexible approach to session timings, adding just 15 runs as he took the interval on 186.

It was a different matter in the afternoon session, with the youngster tapping into the same inspired groove that had served him so well during Friday’s play, piling on a further 81 runs in stylish fashion.

Pakistan had been valiant opponents in the opening exchanges, beating the bat on several occasions, but as the session progressed the tourists increasingly looked like careworn passengers in the field.

The 250 partnership ticked by and five runs later they overtook England’s previous fifth-wicket record, made by Keith Fletcher and Tony Greig in Mumbai 47 years ago. Crawley grabbed another memento when he passed 200 – the seventh English batsman to achieve the feat and first since his friend and mentor Rob Key in 2004.

He did so with one of the loosest shots of his epic stay, flashing hard outside off stump and seeing the ball fly wide of second slip for four.

His next 50 runs came at a canter, occupying just 41 balls. He flogged the spin of Yasir Shah through mid-wicket and when he tried to tempt the drive Crawley hoisted him high over long-off for his first international six.

By now he was laying on a masterclass, driving hard and straight, pounding Naseem Shah on the up, chipping Shan Masood over mid-off and finally stepping outside off stump to whip Abbas over midwicket to reach his 250.

Buttler was very much settled into a supporting role now and while he was still going at the interval, Crawley departed in ill-fitting circumstances, running at Shafiq and allowing Rizwan to make the stumping.

There were fist bumps from the Pakistan fielders as he walked off, having entered a new phase of his life and career.