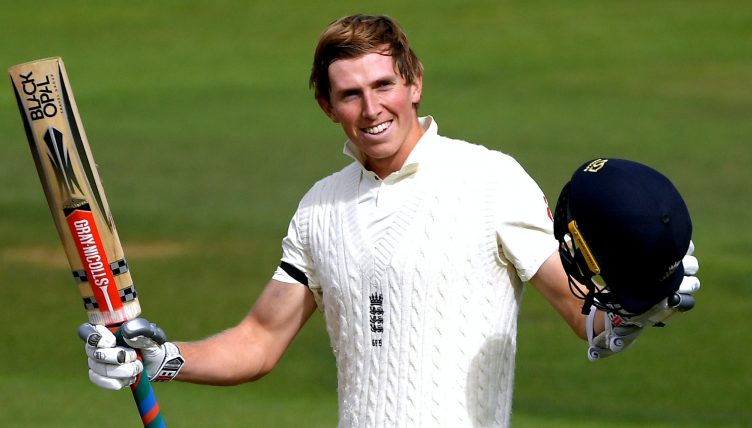 Zak Crawley will look to push on towards 200 after fulfilling his dreams of becoming a Test centurion in the third Test against Pakistan, with Jos Buttler closing in on a three-figure score of his own.

Crawley brought up a stylish maiden international hundred on day one of the series decider at the Ageas Bowl and then motored on to 171 not out to ensure the knock would be talked about for years to come.

If he continues in the same vein on day two he could yet achieve something even more special, while Buttler has the chance to convert a flowing unbeaten 87.

The vice-captain has passed three figures just once before in Tests, two years ago against India, but has found form in the past couple of weeks and pulled his weight in a game-changing stand worth 205.

Crawley remained the main attraction, though, and was suitably awed as he reflected on his magnificent effort two games after being recalled to the team.

His previous best in 11 attempts for England was a lively 76 against the West Indies last month and he has only made three first-class centuries for Kent in his county career.

“It’s the best feeling I’ve had on a cricket field, a great moment,” he said.

“It was just how I imagined it, an unbelievable feeling of elation out there. It was all a bit of a blur, but I could see the lads up on the balcony. I was trying to stay calm but inside I was absolutely buzzing.

“It almost flashed before my eyes…my whole career so far. I could kind of see all the nets I’d done in the past and all the time I had gone on my own to hit some balls.

“You do question yourself when you’re in a run of low scores and you can’t buy a run whether it was worth it, or whether you’re better off doing something else. It was all worth it.”

Crawley may not have had the chance had family circumstances not called Ben Stokes away to New Zealand but when the all-rounder is back on duty, Crawley is unlikely to be moved aside easily.

He has plenty of hunger to make an even stronger case, too.

“I felt like I had a point to prove and I still do,” he said.

“There’s still plenty of hard work to do to prove myself at this level. The new ball is still fresh and it’s going to be a tricky 20 minutes when their bowlers are rested up.

“But if we can keep going and Jos keeps batting the way he does, taking the pressure off me, hopefully I can get a decent score.”