Australian highlights from their tour of South Africa 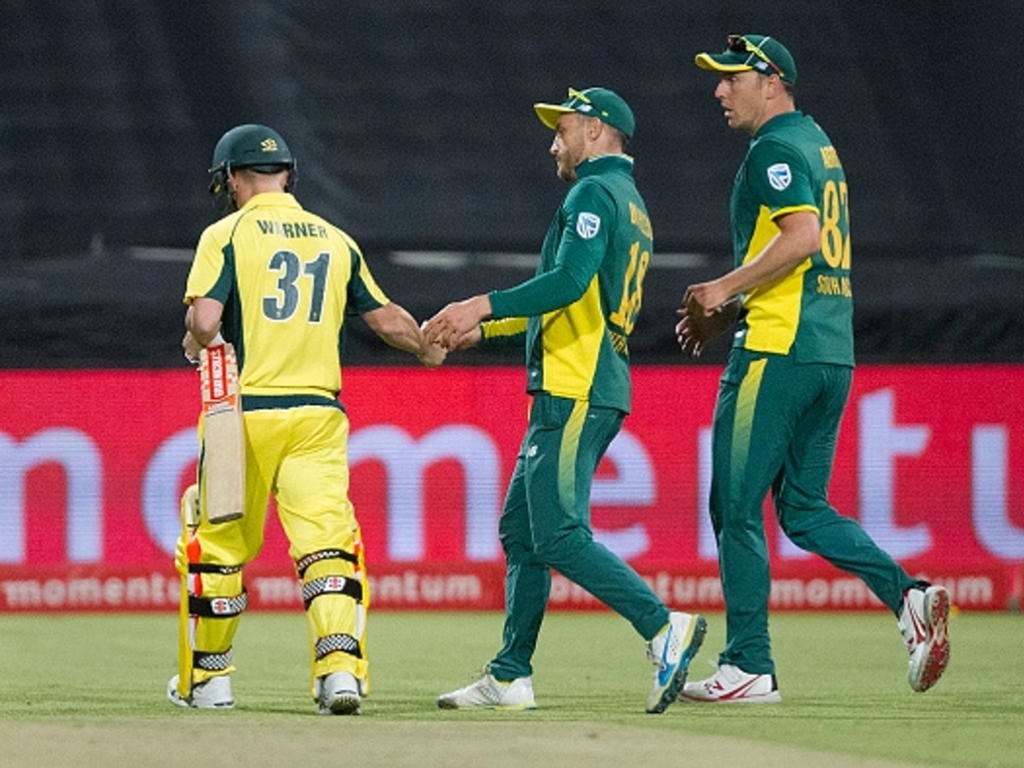 South Africa has been the scene of many Australian humiliations over the years. Bryce McGain’s one and only Test. Failing to defend a score of 434 (including Mick Lewis’s infamous 0/113). Being bowled out for 47. Pretty much anything to do with Merv Hughes supporter tours.

But this 5-0 thrashing has surely earned itself a place in the pantheon of ignominy. For five consecutive games, the South African side effortlessly dominated Australia, with different individuals standing up at crucial moments to magnificently counter whatever the visitors threw at them.

It’s easy to find highlights for South Africa in this series.

Quinton de Kock’s stunning 178 from just 113 balls in the first game to make a run chase of 295 look trivial.

The runs of Rilee Rossouw that secured him the Man of the Series award.

David Miller’s destructive hitting to chase down 371. Andile Phehlukwayo’s 4/40. Faf du Plessis’ 111. The endless, and endlessly celebrating, threat of Imran Tahir. And so on.

The bigger challenge is finding highlights for Australia. A 5-0 defeat doesn’t generally lend itself to too many positives. But let’s don a hat of desperation – a clutched straw hat if you will – and see what we can come up with.

It’s a little difficult to remember, but this tour for Australia began with an ODI against Ireland. And they certainly taught the Irish a lesson they won’t soon forget.

They bowled them out for just 198, before chasing down the total for the loss of just one wicket and with almost twenty overs to spare. Usman Khawaja was the batting hero that day, man of the match for his score of 82 from 77 balls. Needless to say, of course, Khawaja didn’t play at any stage against South Africa.

Secondly, despite such a comprehensive hammering, Australia are still officially ranked as the number one team in One Day Internationals.

A couple of months ago, Australia went to Sri Lanka ranked as the number one team in Tests. When they were subsequently whitewashed by the Sri Lankans, the series loss cost them their top ranking in that format of the game.

So to escape this South African whitewash without surrendering top spot must surely be considered a triumph for Steve Smith’s men. An algorithmic triumph, sure. But Australia will take what they can get at this stage.

Also, Steve Smith didn’t need a break this series. On that same tour of Sri Lanka, Smith came under criticism when he headed home early for some controversial rest. (Easily the worst kind of rest.) So it was good to see him get through an entire tour this time without need for a hiatus.

Although, having said that, when Smith left Sri Lanka, David Warner stepped up as captain and proceeded to lead Australia through the remainder of the tour undefeated. So maybe this one isn’t such a great upside, after all.

But speaking of Warner, his form certainly was a highlight. The only Australian player (other than Khawaja) to head home from South Africa with his reputation enhanced, Warner was a colossus.

That run tally included 173 from 136 balls in the final match, where he pretty much single-handedly gave Australia a sniff of winning the game. Just a sniff, though. Even with Warner at his very best, South Africa still had enough firepower to secure the win.

Hmmm. What else? Uh, the inexperienced Australian bowlers did prevent any South African batsmen from scoring a century in the fourth ODI. Yes, the experienced batsmen needed to be bowled out for 167 to make it happen. But it still counts.

Also, the Australians were extremely polite guests. Few things make South African fans happier than seeing Australia hammered by their team. To oblige so completely must surely make them one of the most well-mannered Australian teams to ever tour the country.

But of all the straws Australian fans might choose to desperately clutch, here’s perhaps the biggest. For the last twenty years, ever since Australia first split the Test and ODI captaincy, Australia has tended to spend the time between World Cups testing new players and team combinations, before peaking in the lead up to the World Cups with their settled strongest combination.

It’s difficult to argue with the results. Australia have won four out of the five World Cups in that time. And it can be argued that the experimentation in those non-World Cup years is a crucial part of the process, as they determine which players can handle the pressure of fifty over cricket at the highest level.

Or, as the case may be, which players can’t.

And from that perspective, this has been a hugely successful tour indeed. Congratulations to all involved.